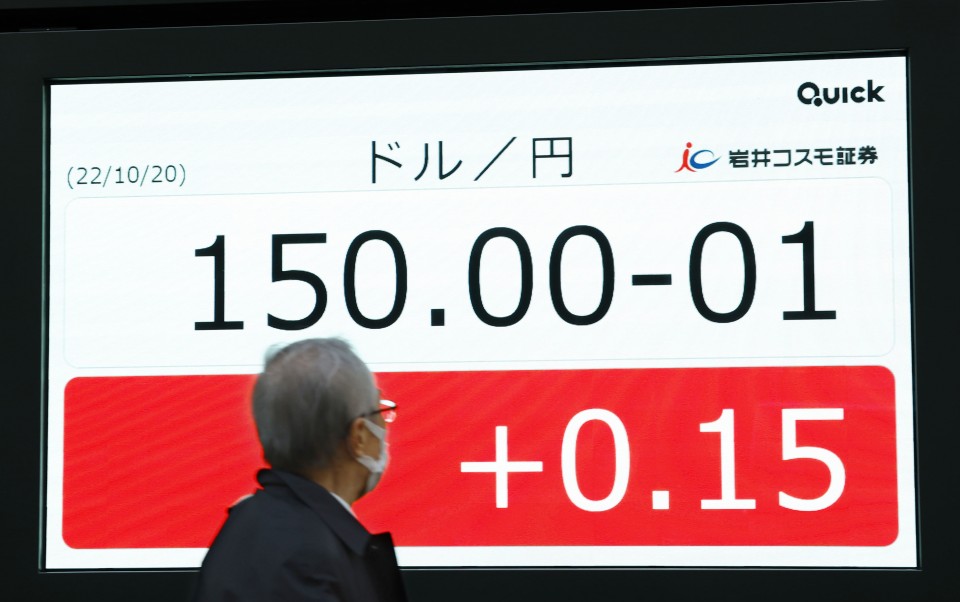 The yen crossed the 150 line and hit a 32-year low against the US dollar on Thursday.

Despite continued speculation of a yen-buying intervention by the Japanese authorities, the yen depreciated against the US currency to a level not seen since August 1990.

The yen was sold off against the dollar as the Federal Reserve continued to aggressively raise interest rates to tame decades-high inflation in the United States, while the Bank of Japan maintained an ultra-loose monetary policy .

Continued expectations of a growing interest rate differential between the two economies encouraged traders to buy the dollar.

Yen volatility prompted Japanese authorities to intervene in the currency market last month for the first time in 24 years after the yen fell to the 145 zone against the dollar, but the move only provided a brief respite.

The value of the yen against the dollar has almost halved from its post-war high of 75.32 reached in 2011. While the dollar briefly dipped in the lower 140 yen range following the intervention of the Japan marketed on September 22, the yen has since depreciated, causing the dollar to soar almost 10 yen in less than a month.