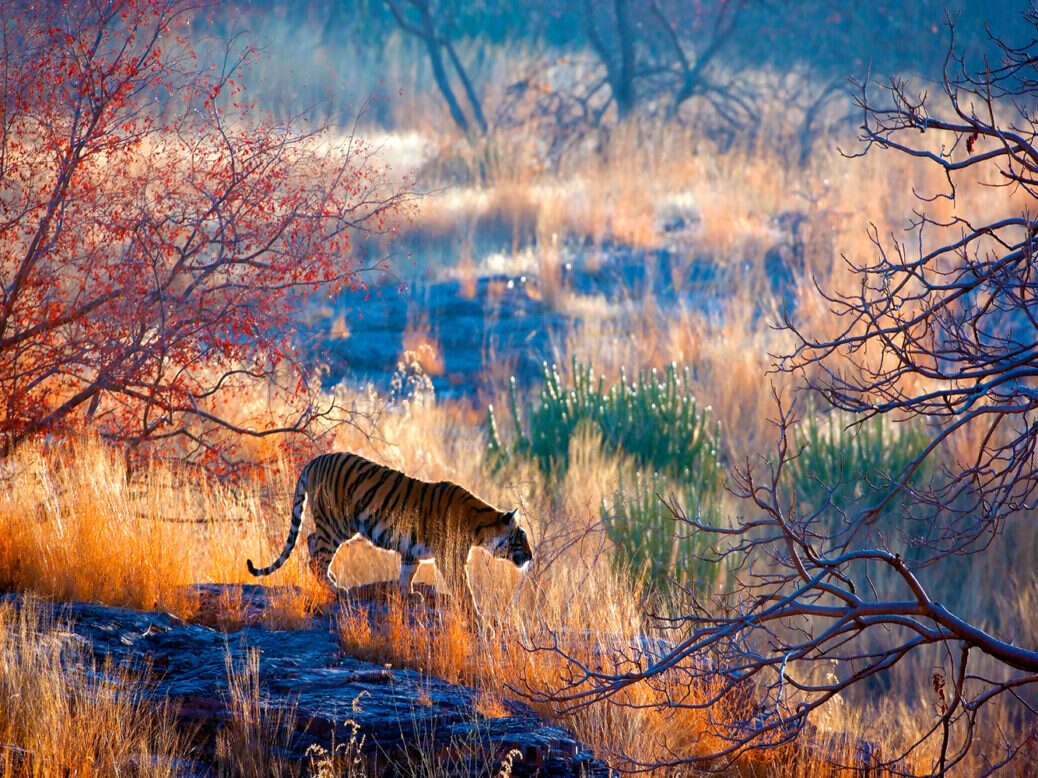 Year of the Tiger: why the return of the big cat brings hope for humanity

Mysterious, solitary, supreme. The tiger, perhaps more than any other creature, stalks the human imagination. Those born under his sign are endowed with the qualities of “born leaders”, according to the Chinese zodiac. For commercial brands, its aloof look sells everything from Gucci to gasoline. For strong politicians like Vladimir Putin (born in the Year of the Dragon in search of ambition), an association with the prowess of the Tiger is a tool of soft power – as everything from memes to birthday presents seeks to to suggest.

These associations of independence and exception have not served the tiger well. As the Lunar Year of the Tiger begins today, understanding the connection between human self-projection and the fate of the species takes on new urgency.

To mark the start of a new 12-year Zodiac cycle, six organizations have released a common vision for tiger conservation. Decades of slaughter had reduced the creatures to the point of near extinction, but from Karnataka in India to Kanchanaburi in Thailand, their numbers are growing. There could now be up to 4,500 in ten countries, the NGOs said, compared to just 3,200 twelve years ago.

Their position is still fragile and their return has however been hard fought. And even if wildlife groups herald tentative success, it’s not self-reliance that tiger recovery should teach, but interconnectedness.

“If we save the tigers, we can save ourselves,” says Dale Miquelle of the Wildlife Conservation Society. Such is the importance of big cat predators to wider ecosystems that measures taken to protect tigers ensure the survival of entire forest habitats, Miquelle says from his Far Eastern base near Russia’s coast with Japan. In turn, climate change can be stemmed and viruses kept away from humanity.

While past tiger conservation efforts have relied on the species’ iconic status to drive interest and funding, they are now turning to a different narrative: one in which the flourishing of the whole is inextricable from individual success or failure. As this Year of the Tiger progresses, what can the journey to this point teach?

In 1794, the poet William Blake celebrated the tiger’s “dreadful symmetry” in a poem that compared its noble otherness to the divine. Yet in the tiger’s native India, British commercial interests were expanding and colonizing wildlife alongside humans. Between 1875 and 1925, an estimated 80,000 Bengal tigers were killed by British hunters, hungry for trophies of conquest.

At the start of the 20th century, there were only around 100,000 tigers left in the world, and fifty years later that number would plummet further. In Russia, tigers were decimated by the clearing of land for agriculture and settlement, first by the czars and then by the Soviet Union. In China, the killing of tigers as “parasites” intensified with Mao’s destructive Great Leap Forward, and then increased alongside the demand for traditional Chinese medicine. Interest in such “medicine”, which includes the use of tiger bones to treat ulcers, has since spread across the region, fueling poaching and leaving countless dead animals in its wake.

In 2010, the last Year of the Tiger, the world population was It is estimated to have collapsed to just 3% of its 1900 level. In response, 13 Countries Where Tigers Still Lived Free gathered in St. Petersburg to form the Global Tiger Initiative. Their goal? Double the number of wild tigers by 2022 by ending poaching and illegal trade; protect and restore habitats; and cooperation across borders and within local communities.

Although the goal was not met, in terms of stopping the overall loss, the initiative created “roaring” opportunities for future success, according to the WWF. India’s tiger population has doubled since 2006. In China, the world’s largest tiger protection zone has been created along the border between Russia, China and North Korea.

The gains were not uniform, and entire populations in Cambodia, Laos and Vietnam were wiped out in the same period. Poaching is at the heart of this loss, and the growth of “tiger farms” is only supporting and driving demand, NGOs warn. Meanwhile, climate change and encroachment continue to shrink habitats and put the creatures at ever greater risk of conflict with local villages and farms.

Countries where tigers live will meet again in Russia in September to set new goals. By 2034, the goal should be to secure and increase existing tiger populations and expand the range in which they can exist, according to the common vision of the six NGOs. Measurable milestones over three to four years should be developed, they suggest, as should national wildlife crime task forces.

Saving tigers doesn’t just require landscapes to be given protected status and poaching banned, it also takes “boots on the ground” to enforce those safeguards, warns John Goodrich, senior director of the tiger program at Panthera. , a big cat conservation organization. .

Raising ranger salaries is likely to be a tough ask in a year when the pandemic recovery and rising gasoline prices eat into national budgets. But discussions at the UN Cop15 biodiversity summit in April could help determine how bigger and better funding mechanisms can fill that gap.

The changing attitude towards tiger conservation in civil society perhaps gives cause for optimism. Organizations that once competed for resources are now collaborating, as seen in the shared vision. In this and other respects, it seems time to discard the species’ ancient associations with supremacy and otherness – and embrace its unifying ‘umbrella’ status.

“The growing number of tigers has demonstrated our ability to unite for the greater good,” says Miquelle. “And that should give us hope for ourselves.”

View the state of global debt, by country