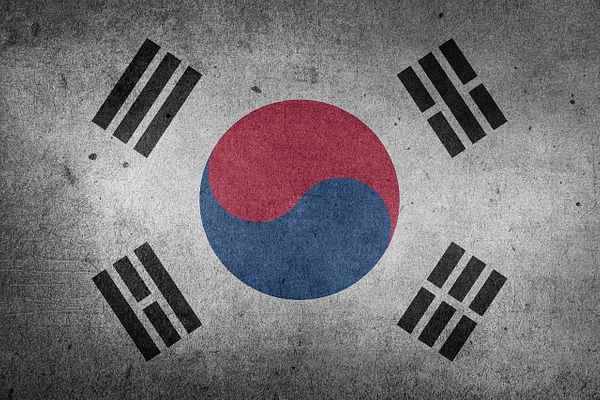 With Yoon Suk-yeol’s election victory, executive power in South Korea will shift from one ideological wing to another for the fourth time since democratization. Now we know what such a transition portends for peninsular affairs: engagement with North Korea is “out”, stronger cooperation with the United States and Japan is “in”.

For those concerned with promoting more diverse sources of information about North Korea, such a transition always closes proverbial doors and opens proverbial windows. Organizations dedicated to documenting human rights abuses in North Korea and publishing testimonies of defectors can now step in, after being sidelined due to the priority given to reconciliation by the Moon administration. Meanwhile, those who advocate more robust inter-Korean communication and informal contacts through tourism, sports, education and cultural exchanges could experience another long winter, and those who overshare media and cultural products north -Koreans – either ironically or out of curiosity – may again fear breaking national security law.

Any serious effort to break this cycle of selective information control will have to start with revising or repealing Section 7 of the National Security Act, a Cold War holdover that allows the government to pursue selectively anyone “praising, inciting or propagating the activities of an anti-government organization” – a deliberately vague clause that largely implicates the North Korean state and its sympathizers. Under Article 7, individuals have been prosecuted and imprisoned for mere possession of North Korean publications or for satirically tweeting North Korean propaganda. In recent years, this clause has been severely criticized by Amnesty International and Human Rights Watchwho say the government is abusing the law to suppress dissenting voices.

It may seem extremely optimistic to hope for meaningful NSL reform with a former conservative prosecutor entering the Blue House. On the other hand, Yoon could hardly do worse than his predecessor.

Under the liberal Moon administration, demands from the NSL dwindled to the point that fringe leftist groups could march through the streets of Seoul. chanting the praises of the North Korean leader without consequences. Yet Moon never moved to reform or repeal the law, even after his Democratic party won a solid majority in the National Assembly in 2020.

Instead, in December of that year, the Assembly passed, and Moon signed, several amendments to a related law, the National Intelligence Service Law, which allegedly limit the scope of the National Intelligence Service ( NIS). The amendments strip the NIS of the power to conduct criminal investigations into violations of the National Security Act and other offenses such as insurrection and foreign aggression, although the changes do not come into effect until July 1. January 2024. Even after, the agency will retain the power to “collect, compile, and distribute” information about these crimes; Human Rights Watch disputes this will create “a serious risk that the NIS will engage in surveillance of individuals suspected of violating national security law, including with words or activities protected by international human rights law.”

These moves, along with widespread disappointment over Moon’s unrequited diplomatic efforts toward the North, have given many Koreans a negative view of the administration’s commitment to national security and made the move politically unfeasible. reform of the NSL. Last November, the Legislation and Judiciary Commission voted unanimously to further discuss NSL reform until the end of their term, citing the need for “sufficient time to consider these petitions thoroughly”.

Meanwhile, Democratic Party lawmakers have proposed new amendments that closely mirror NSL language, but rather aimed to prosecute anyone “spreading false information” related to the Gwangju uprising in 1980 or the sinking of the Sewol ferry in 2014, as well as anyone who “praise, incite or sympathize with Japanese organizations seeking to justify colonial rule” – all uncomfortable topics for right-wing historiography. Instead of removing the threat to free speech from the left, Moon and the Democratic Party have cynically used their considerable legislative power to try to introduce tit for tat restrictions on conservative speech.

The overwhelmingly negative response to the proposed laws on the distortion of history suggests that the Korean public is growing weary of this never-ending merry-go-round of politically motivated intrusions on free speech and access to information by the ruling party. This inconsistent, restrictive and politicized information environment inevitably sows distrust in all public narratives and ultimately makes South Korean citizens more vulnerable to manipulation by skilled and seasoned propagandists of the North Korea.

The most recent NSL controversy came in 2021, when a small publisher was commissioned to reprint Kim Il Sung’s memoir. The case is an embarrassing reminder of the country’s legal ambiguities and political insecurities. The idea that deleting such posts makes a significant contribution to national security seems positively quaint in the age of social media when, as defector Jang Jin-sung revealed in his memoir “Dear Leader”, North Korean propagandists have long learned how to infiltrate various media and publish under false names.

Article 7 also gives the government the power to block any website containing North Korean content, and while such blocks are easily overcome using VPNs, it is cumbersome and technically illegal. Ironically, this makes average South Koreans less adept at spotting North Korean jingoistic slogans than their foreign counterparts. The best way to fight misinformation is not to imprison its purveyors, but to give people the tools to place it in context, pointing out all of its inherent contradictions and ulterior motives.

We can be justifiably disappointed that section 7 survived intact through another Liberal administration. But while reform is undoubtedly more difficult under a conservative regime, this is arguably the most meaningful time to pursue it.

A theory of diplomacy developed by Kenneth Schultz finds, “While leaders of pacifist parties can better promote mutual cooperation [with enemy states] in the short term, cooperation initiated by a hawkish leader is more resilient to future shocks in the relationship and is therefore more likely to last longer” – or, as Schultz puts it, it takes a “Nixon to go to China”. Applied in the context of domestic politics, it can be postulated that the progress towards civil liberties made under a conservative administration, while much more difficult, will be more readily accepted by a skeptical public and will also be more likely to be supported by future administration.

New President Yoon is a political outsider who has promoted a hard-line policy in North Korea, but he will still have to contend with a liberal-controlled legislature – no easy task in today’s highly polarized climate. Yet newcomers to politics are more maneuverable in some respects than veteran party leaders, and they are more likely to favor practicality over ideological orthodoxy. As his new conservative administration takes shape and liberal lawmakers recalibrate their strategy for a new era, we can only hope that both sides finally realize that ending the state’s power to punish speech and restrict speech information is ultimately in the best interests of their respective countries. factions and country.

The Batman crosses $463 million worldwide at the global box office