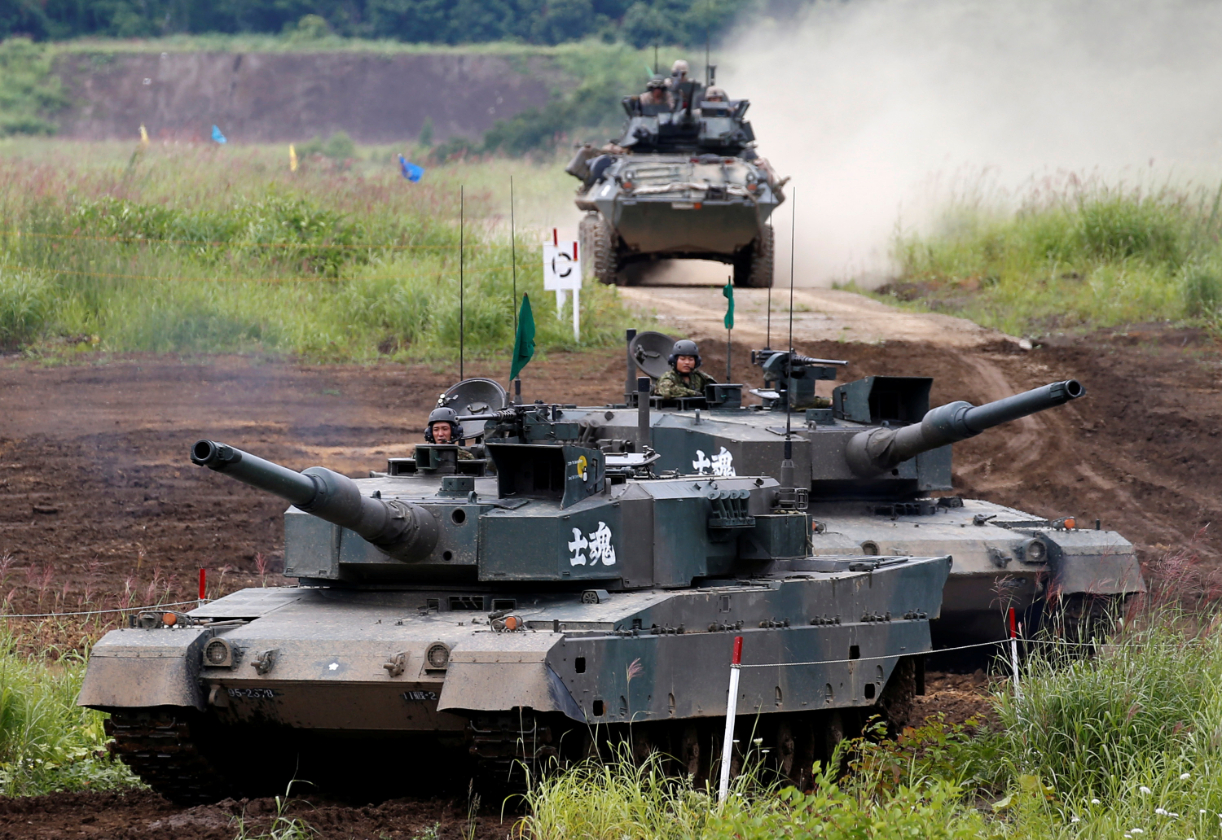 Under the leadership of Prime Minister Fumio Kishida, Japan’s ruling Liberal Democratic Party (LDP) has proposed a drastic adjustment to the country’s defense budget, strategies and policies in response to the security dynamics currently unfolding in Europe and East Asia. If approved, the new budget would amount to 2% of Japan’s gross domestic product (GDP), bringing the country into line with NATO defense spending standards, as well as the expectation of Washington’s long-standing call for Japan to step up and play a more active role in maintaining the existing security structure in the region.

The symbolism of Kishida’s decision should not be overlooked, as it has the potential to immediately remove critical obstacles that have historically prevented Japan from adequately addressing its chronic security fragilities. Still, whether solving the budget cap problem would help bring Japan’s security policy in line with that of its allies remains far from settled. Domestically, it will take a lot of political horse-trading to get parliamentary approval, and it will take effort to get Japanese civil society on board, especially if the process requires Kishida to immerse himself in the debate on the Article IX, the provision in the Japanese constitution that prohibits a buildup of military forces in the country.

First, the abandonment of the 1% of GDP cap on Japanese defense spending removes one of the main sources of tension in the US-Japan security partnership. the The United States has rarely hesitated to pointing out that Japanese defense spending over the past decades has been disproportionately low. Since 1985, the United States constantly reminded Japan that for a state with such remarkable economic capabilities and embroiled in an unstable geopolitical environment, the 1% rule was nothing short of a luxury. Given tensions in the East China Sea, the Korean Peninsula, the Taiwan Strait, and growing instability with China in Southeast Asian waters, many in the Pentagon view this fiscal adjustment as a recognition of common sense that should have been made a long time ago. from.

Among other factors, it was precisely the Japanese reluctance to make such a move that led to the iconic moment when the then-president Donald Trump asked Japan had to pay four times as much if it wanted to keep American troops on its soil. Ironically, Japan’s long-awaited defense budget increase is, in many ways, tied to Washington’s own budget limitations. Since 2014Tokyo has expressed concern over the “strained fiscal situation” in the United States, which has led the Obama administration to decide to redirect military resources to the Indo-Pacific and ease the country’s financial burden by Attractive US troops in Afghanistan. Now, in addition to the fiscal motivation, the new geopolitical reality brought to the fore by the Russian invasion of Ukraine has rendered Washington unable to provide equal resources to its allies in Europe while continuing to support Japan as it maintains the line against Beijing’s agenda in the East and South China Seas.

Second, the influence that Germany’s decision to increase military spending will have on Japan should not be minimized. More than just a question of budget allocation, defense spending of 1% of GDP has always been seen as a concrete manifestation of the pacifism of both nations, presenting itself as a social contract between the state and the citizens who have adopted wholeheartedly a largely pacifist social identity. since 1945. When Olaf Scholz publicly announced that Germany was ready to throw its weight behind the management of the Ukrainian crisis, he indirectly removed the same moral and political barriers that prevented Kishida’s predecessors from doing the same thing at home without facing fierce resistance from Japanese society. . Indeed, Kishida and the LDP can now affirm that they are not alone in this matter. This can be seen in the then Minister of State for Foreign Affairs by Kenji Wakamiya confident affirmation that “we too must pursue the ideal form of national defense in the face of the harsh reality of the international situation”.

Concretely, the increase in the German defense budget also left Japan in an indefensible position compared to the other American allies. As pointed out by a former Pentagon Security Specialist, from Europe to Oceania, allies like Australia, France, Poland and the United Kingdom all spend well over 2% of their GDP on defence, even if they do not face the same threat level as Japan. On top of that, South Korea, another important ally with geopolitical concerns similar to Japan’s, has traditionally spent the equivalent of 2.4% of its GDP on defense spending. since 2000.

From a national perspective, the government still has two final hurdles. First, Kishida still has a tough political battle to fight if he wants to get the defense guidelines and budget requests approved. This is when the money will start talking. In a sober editorial, the Asahi Shimbun reminded the PLD cabinet that the new defense budget would be a hard to sell taking into account the current fiscal conditions of the country. It draws attention to the delicate state of Japan’s economy amid the COVID-19 pandemic. The editorial warned Kishida not to take budget approval for granted, as he would have to explain where the funding would come from to cover such a drastic increase in defense spending. Kishida will have to convince the Japanese people of the need to spend three times as much on defense as on social programs.

The carnage in Ukraine could provide an impetus to remove the final obstacle preventing Japan from fully resolving its security issues: the nation’s pacifist constitution. However, a recent survey indicates that while the Japanese people may have become receptive to a looser interpretation of Article IX, they remain largely skeptical of the need for drastic constitutional changes. Nearly 60% believe the peace clause – the foundation of the article and the constitution itself – should remain intact, while provisions to better respond to emergencies should be put in place. In addition, more than 70% of respondents say that the situation in Ukraine does not affect their views on key constitutional and security issues, such as the three non-nuclear principles, with diplomacy and economics being more important issues than military and security issues. More importantly, almost 50% do not support the idea of ​​giving the Japan Self-Defense Forces the constitutional power to attack enemy positions, an issue that is at the heart of the proposed national security strategy of which the budget is a part. .

Since the administration of President Abe Shinzo, Japan has actively readjusted fundamental aspects of its foreign relations, rebalancing its position in its complex security environment. The rapprochement with Vietnam, the Philippines and other members of ASEAN has been positive in many ways. The new status of its relations with India in the context of the Indo-Pacific has been carefully worked out and well conducted so far. In addition, he disambiguated the importance of Taiwan for its security and also played an enthusiastic role in the QUAD group.

However, the long-delayed adjustment of the defense budget, aligning Tokyo not only with its own security concerns but also with the expectations of its regional allies, has come to a head in the context of the Russian invasion. Kishida must seize the opportunity and get a new budget cap approved that will put the nation in a more comfortable position, especially in the face of the thorny alliance with the United States. Only time will tell when and under what circumstances Japanese society will finally accept the revision of its pacifist constitution. Until then, Japanese leaders must ensure that all other barriers are removed, without the traditional hesitation seen in such matters.

Moises de Souza is Assistant Professor of Asia-Pacific Studies and International Relations at the School of Humanities, Language and Global Studies and Chair of the Northern England Policy Center for the Asia Pacific (NEPCAP) at the University of Central Lancashire (UCLan).