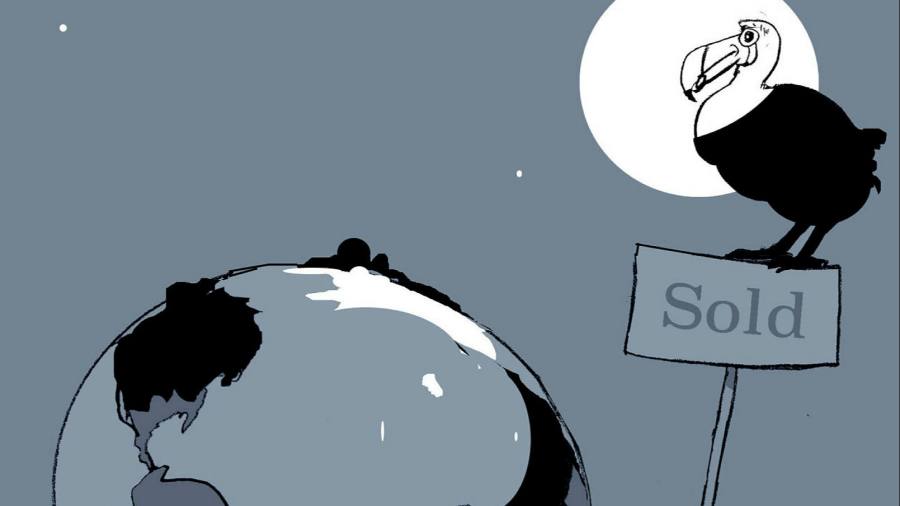 The world’s governments have done only a fraction of what is needed to limit global temperature rise to 1.5°C or even 2°C above pre-industrial levels. Why is this, when the science of climate change is so clear?

First, all governments are primarily driven by domestic politics

Reducing greenhouse gas emissions means acting on the entire economy: electricity production, heating, transport, etc. Policies to achieve this will often incur short-term costs or affect influential groups who fear losing out, such as coal and oil producers, or farmers who wish to cut down trees for agriculture. These perceived losers are today’s national voters.

A positive development is the emergence of affordable low-carbon solutions. Electricity generated from renewables, such as wind and solar, is now cheaper in much of the world than coal. Likewise, electric vehicles are expected to be cheaper than gasoline-powered cars in the next few years. But the transition is complex: for example, countries fear that reliance on renewable energy will leave them without energy when there is no sun or wind.

Countries argue over how to share the burden of cutting emissions

Emerging economies are now responsible for the bulk of global emissions (China alone is a bigger emitter than the US, EU and Japan combined), and some of them have per capita emissions very high, even on a historical basis. But, under pressure from the developed world to reduce their emissions, these countries argue that rich countries have long burned fossil fuels and emitted more per capita over the past century.

Large emerging economies, such as China, India and Brazil, face other immediate priorities – boosting economic growth and fighting poverty, for example – and say developed countries should provide them with financing to support their reduction of carbon emissions. They point out that developed countries, including the United States, Japan and Canada, have missed their own targets in the past.

Many of the poorest and most vulnerable countries need help to help them adapt to the effects of climate change, which are already being felt. Some are pushing for action on “loss and damage” – issues they cannot adapt to, including loss of territory.

The consensus is that the developed world should lead by example by reducing emissions and providing finance. But exactly what this means remains highly disputed.

COP26 has made progress

Governments last met to discuss climate change at COP26, the United Nations conference, in Glasgow in November. Around 90% of global emissions are now covered by net zero emissions targets by 2050-2070. But such goals may simply be general statements of intent.

More stories from this report

With the exception of Australia, the major developed countries have made firmer commitments to reduce emissions by 2030: the United States, a 50% reduction; the EU, 55 percent; Japan, 46-50%; Canada, 40-45%; the United Kingdom, 68 percent. Yet none of these countries has so far put in place the policies needed to achieve these goals. They will therefore have to be accountable.

The major emerging economies, with the exception of South Africa, made only very modest changes to their targets, including China. Some have not changed their objectives at all (Indonesia); even weaken them (Brazil and Mexico).

What do these changes mean overall? The Climate Action Tracker study estimates that the new 2030 targets could mean the world is on track for a temperature increase of closer to 2.4°C. If you assume long-term goals will be met, it might look more like 2.1C – which is a lot better than no action, but not enough to put us on track for 1 .5C.

At COP26 in Glasgow, parties agreed that all countries should review and strengthen their 2030 targets by the end of 2022. Another important target was finance, but developed countries fell short of their target to mobilize $100 billion a year for developing countries by 2020. Only a quarter of the money that came was for adaptation; Developed countries committed in Glasgow to double funding for adaptation by 2025.

What will be the outcome of the next COP in Sharm el-Sheikh in November?

There is little evidence to suggest that countries will raise the ambition of their 2030 targets. In Egypt, the focus could be on finance and adaptation, with pressure on developed countries to present a plan to achieve their goals.

The war in Ukraine is already driving up the prices of oil, gas and metals, as well as foodstuffs. This will hit the developing world hardest. But the conflict is likely to affect the broader energy strategies of all countries. Senior European politicians have stressed the need to end dependence on fossil fuel imports from Russia through a dramatic expansion of renewable energy. Some in the United States are advocating for increased domestic oil and gas production, and in China there are signs of increased reliance on locally produced coal.

All have a common interest in combating climate change. However, global ambition is heavily influenced by the politics of each major economy. International cooperation is vital and current geopolitics will not help. There are reasons for optimism, however: the costs of action continue to fall, and governments, companies, investors and individuals see more and more opportunities to do so.

The author is visiting professor in practice at the Grantham Research Institute, London School of Economics