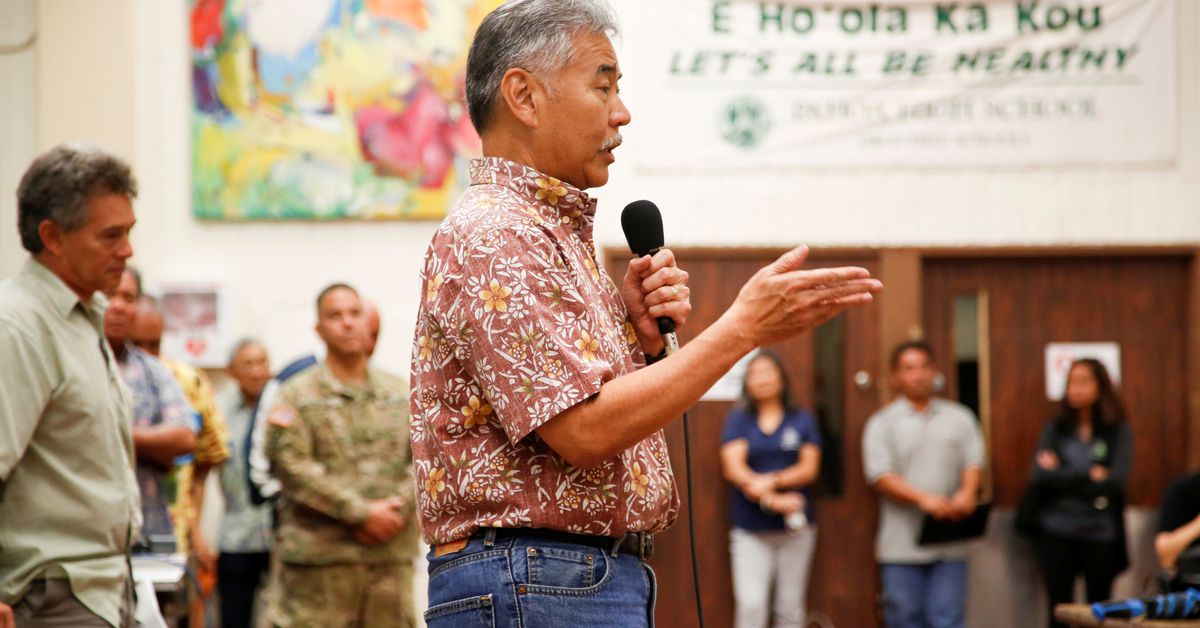 Washington should focus on climate change for Pacific island leaders

Hawaii Governor David Ige speaks during a community meeting about the ongoing eruptions of the Kilauea volcano at Pahoa Middle and High School in Pahoa, Hawaii, U.S., May 7, 2018. REUTERS /Terray Sylvester

SYDNEY, Sept 15 (Reuters) – Washington should accept Pacific island priorities for the region, making climate change – not superpower competition – the most pressing security task, the region’s leaders told Hawaii, ahead of a meeting with US President Joe Biden this month. .

“The sentiment shared by Pacific Island leaders is that they hope they can work with the Biden administration on our strategy and our plan, rather than having the White House and the United States come up with a plan for the region,” said the Governor of the US state of Hawaii, David Ige, at a press conference after the closed meeting.

A regional strategy called Pacific Blue Continent 2050 has been supported by all Pacific island nations and territories, Ige said.

Competition between China and the United States for influence in the Pacific islands has intensified this year, after China signed a security agreement with the Solomon Islands, prompting warnings of a militarization of the region. Read more

Biden will host the first meeting of Pacific Island leaders at the White House on September 28-29.

Increased engagement with Washington was “very welcome,” said David Panuelo, president of the Federated States of Micronesia and conference chair.

The United States and its allies Australia, Japan, New Zealand and Britain formed a group in June to discuss how to work together in the Pacific Islands region, seen as a counterweight to the growing influence of China.

Panuelo said the Pacific islands want China and the United States to “compete in a healthy way” to keep peace in the region.

Climate change will be a bigger challenge than World War II, he said, adding that “it’s like pulling teeth” for low-lying island states to access support from international climate funds .

Only 12 nations were invited to Washington, with French territories among those excluded for protocol reasons, and the meeting criticized the decision.

“When the United States invites our region, we want to include all members of the Pacific Islands Forum as a family,” Panuelo said, referring to the main regional group.

Ambassadors Emanuel and Baucus Discuss U.S. Relations with China and Japan at Event in Bozeman | Policy