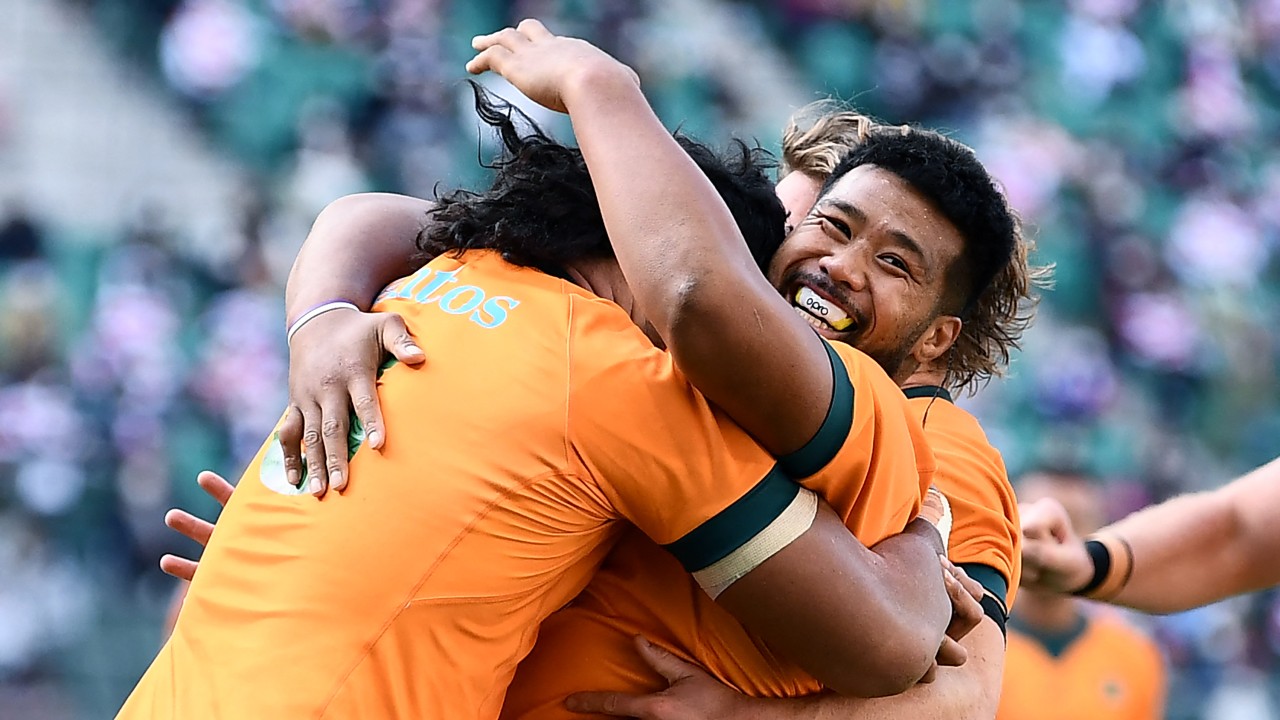 The Wallabies beat Japan to a quick 32-23 finish at Oita.

This is the fifth consecutive win for Dave Rennie’s team and starts their spring tour on a high note as they gain momentum on a crucial trip to the UK.

Here are the main lessons from the victory against Japan.

The win is a win, but a sloppy display from Rennie’s side

Any win that continues a streak deserves a celebration, but if we look at the quality of the performances there is plenty of room for improvement ahead of tough tests against Scotland, England and Wales.

After a strong start, the Wallabies fought to maintain a dominant margin, to let Japan return to congestion with a rambling 30-minute final that almost saw them give up the win.

For the most part, the game was played on Japanese conditions, with their frenetic speed of play, which the Wallabies had anticipated, dictating the flow of momentum and causing headaches that were not necessary.

He saw a handful of moments where Australia overplayed their hand at crucial stages, like Quade Cooper’s looping intercept pass that was snatched by Ryoto Nakamura and put Japan within seven-point range with a little more than 20 minutes of play remaining.

Ultimately, the Wallabies froze the result of a set piece that saw hooker McInerney plunge into a rolling maul, but Rennie had no illusions about the “frustrating” performance.

â€œWe played a lot of good football, but we just didn’t kick the ball enough.

â€œThere was a lot of space where we could apply pressure.

A suspected pectoral injury for Reece Hodge altered the result and left Rennie to think about ahead of the test against Scotland in just over a week.

It came after outgoing full-back Tom Banks was injured earlier in the campaign.

The selections have proven to be a challenge for Rennie this tour, with several players struggling for their fitness or returning home for compassionate reasons, such as star winger Marika Koroibete.

Petaia was the man to replace Hodge, but it was Andrew Kellaway who moved up to full-back and is showing himself as a solid option given his form this season.

Moving veterans James O’Connor or Kurtley Beale are options that will also undoubtedly be brought up, though less likely.

Still, that’s not the ideal situation Rennie faces given the disruption of preparations so far, although the Wallabies coach has said he will wait until Hodge is properly assessed before diving into any decision.

â€œThe plan is that he will go (to the UK),â€ Rennie said after the game.

“We have a few weeks before we play Scotland so it will save us time if it’s in the long run.”

Quade Cooper reproduces the magic we know and love

It was a performance with a bit of everything from Cooper.

After a hiatus for the past three years while playing abroad, Cooper is one of a handful of players who have returned to the fold thanks to a loosening of Giteau’s Law, and the veteran playmaker has was a breath of fresh air.

Although, after more measured performances in recent victories for Argentina and South Africa, the performance against Japan has come with the usual flamboyance that Cooper is used to.

It paid dividends, such as the nice back and forth to deceive the Japanese defense followed by the offload to produce the opening try for Wright. But there was also the unnecessary interception pass that helped Japan get back into the game at the end of the second half.

Considering how the Australian attack has struggled at times, it was nonetheless exciting to see Cooper’s expansion come to the fore.

Fingers crossed, he can participate in the rest of the Tour – Wallabies officials are in talks with his club Kintetsu Liners, who could choose to recall the opening half.

Recap of episode 1 of season 1 of “Invasion”: last day