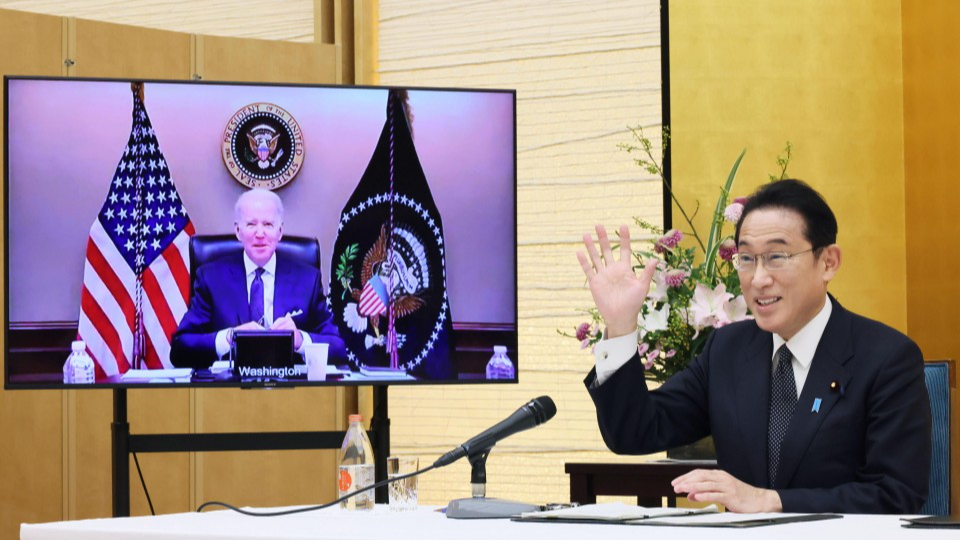 Japan, however, has postponed its response to the US request, fearing possible ramifications on relations with Russia and bilateral issues, including a long-standing territorial dispute over which Tokyo is seeking a breakthrough, the sources said.

As tensions run high over a possible invasion amid a massive Russian military presence on the border with neighboring Ukraine, Washington hopes to rally Japan and other countries that uphold the rule of law in pressuring Moscow not to intervene in Ukraine.

The United States and its European allies have warned that Russia will face “serious consequences”, including economic and financial sanctions, if its troops were to invade Ukraine.

According to Japanese and US diplomatic sources, Washington told Japan through diplomatic channels that it could not tolerate the movement of Russian troops and urged Tokyo to step up its criticism of Russia.

During a virtual summit with US President Joe Biden late last month, Japanese Prime Minister Fumio Kishida pledged to take “strong action in response to any attack” on Ukraine by Russia and to pursue close cooperation with the United States and other partners.

But Japan faces a balancing act between being in step with the United States and other Western nations and trying not to ruffle Moscow’s feathers to resolve the dispute over sovereignty over a group of islands off the coast. from Japan’s northernmost main island, Hokkaido, the sources said.

The decades-old dispute over the Russian islands called the Northern Territories in Japan and the Southern Kuril Islands in Russia has prevented Tokyo and Moscow from reaching a post-war peace treaty.

Japan “would be obligated to take appropriate action in the event of an invasion,” a Japanese government source said. But there are calls within the government that it would be better not to announce the imposition of sanctions before an invasion takes place, unlike the United States and the European Union.

Kishida told parliament last month that Japan is watching with “grave concern” Russia’s military buildup near the Ukrainian border and related developments, and will deal with the matter appropriately using the framework of nations. industrialized countries of the Group of Seven.

After Russia annexed Crimea in 2014, Japan imposed sanctions on Russia, in line with measures taken by the United States and European countries.

But unwilling to worsen relations with Russia in light of their territorial dispute, Japan’s punitive measures, which included limiting imports of Crimean-made goods, proved ineffective.

In Tokyo, Russian Ambassador to Japan Mikhail Galuzin warned at a recent press conference that Japan’s plans to adopt sanctions against Russia, in line with those imposed on Moscow by some Western countries in case of military aggression in Ukraine, would be “counterproductive”.