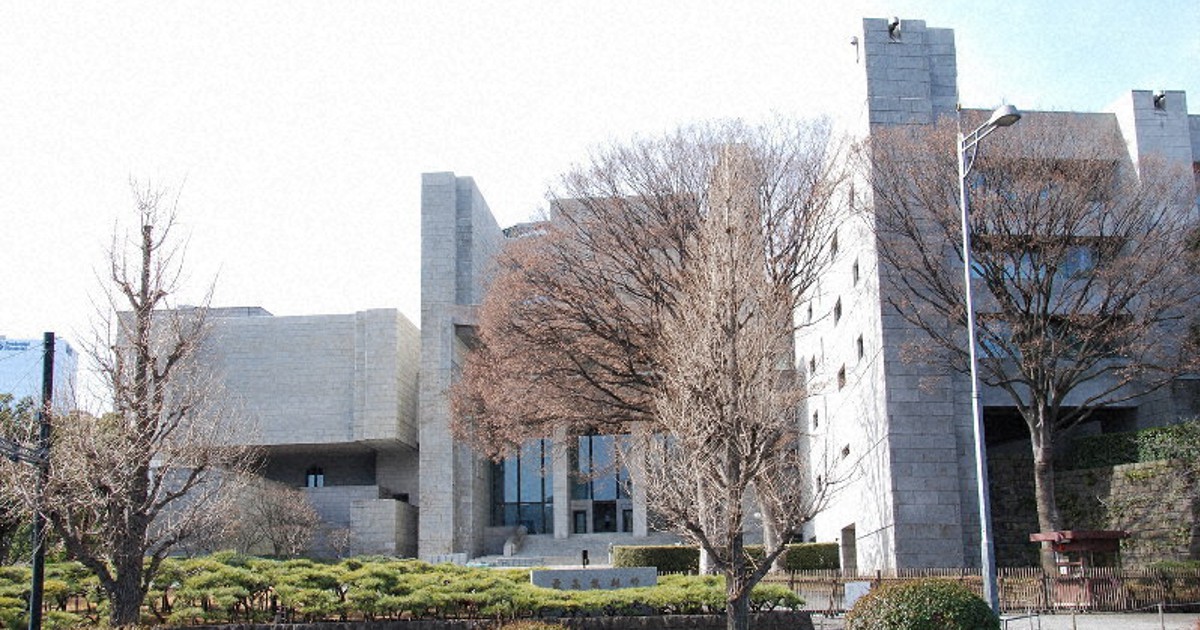 In Japan, death row inmates learn when they are going to be executed shortly before hanging. And in November 2021, two death row inmates filed a lawsuit against the Japanese government arguing that this system of carrying out the death penalty is a violation of human rights and the Constitution.

As the world moves towards abolition of the death penalty, Japan maintains it, a rarity among the world’s democracies. Japan’s outright refusal to abolish the death penalty, and the way it continues to inform death row inmates when they will be executed, has drawn strong criticism from the international community. Hopefully this trial will spark a debate among the public about the death penalty.

The first trial hearing was held on January 13 at the Osaka District Court. Shortly after the hearing began, the lights were dimmed and a lawyer for the plaintiffs, Yutaka Ueda, began a PowerPoint presentation. “The human rights of confirmed death row inmates are violated by the state,” he said. “It’s the court’s job to fix that.”

The plaintiffs, whose names have not been made public, seek confirmation that they are under no obligation to accept the execution of a sentence of which they were only informed on the same day, and claim 11 million yen ($95,900) each in damages for the psychological pain they suffered for not having these guaranteed conditions.

In Japan, executions take place within five days of a justice minister’s decision to carry them out. But there is no legal provision on when death row inmates should be informed, and according to the practice of the Ministry of Justice, the head of the detention center where the detainee is held informs the detainee one to two hours. before execution.

The plaintiffs argue that this not only violates Article 31 of the Japanese Constitution, which states that no criminal sanction may be imposed, “except in accordance with the procedure established by law”, and the International Covenants on Human Rights. man, but also the Charter of the United Nations, which reaffirms faith in “the dignity and worth of the human person”. Indeed, not only is last-minute notification of an execution not a “procedure established by law”, but it effectively renders any objection impossible and amounts to “cruel, inhuman or degrading treatment or punishment”.

The Justice Department — the defendant — is asking the court to dismiss the case, saying, “The rights claimed by death row inmates and the benefits guaranteed by law are uncertain.” Should the lawsuit continue, the department says it will respond appropriately.

Until the mid-1970s, death row inmates and their families were notified of executions the day before they were executed. Subsequently, notices were given to the detainee at the last minute on the day of the execution; families and lawyers are not informed of the execution until after it has taken place. The government explained the reason for last-minute notification to the Diet and elsewhere that notifying detainees earlier “would harm the emotional stability of the detainee who will be executed.”

Many question this reasoning. Lawyer Yoshikuni Noguchi was present during a 1971 Tokyo detention house execution as a corrections officer. The inmate learned of his execution the day before, met his family that day, and wrote letters. Noguchi recalled that the inmate seemed calm as he told his family, “I am aware of my crime. It is natural that I take responsibility for it. Please do not be sad. Noguchi added, “At the very end, death row inmates must want to see their families and communicate their feelings, and write letters to people who have been good to them. Last-minute executions do not even allow it and cause death. inmates online more pain than the mere loss of life.”

Either way, many victims of crime are often suddenly stripped of their lives. Some believe that given the gravity of the crimes committed by death row inmates and the feelings of bereaved families, death row inmates should accept the current way in which they are informed of their execution.

In response to such sentiment, a representative of the plaintiffs said, “Just because they are on death row doesn’t mean their human rights should be devalued. If we allow this to happen, human rights violations could spread to the whole population.

At the very end of the January 13 hearing, the plaintiffs’ attorney, Takeshi Kaneko, read a written statement. In it, Kaneko mentioned three death row inmates who were executed on December 21, 2021, after the two plaintiffs filed their complaint.

“I can’t help but imagine the men who, as if they were cows or pigs taken to a slaughterhouse, were told they would be executed that morning, led to the execution chamber and had ropes around their necks,” he read. .

The trial is unique in that it is very aware of the global trend towards abolition of the death penalty. Among the lawyers representing the plaintiff is a lawyer specializing in international human rights.

Based on the experience of not being able to prevent the Holocaust, human rights awareness grew in Europe after World War II and the idea that “the death penalty is a violation of human rights man” has taken root. In 2007, the United Nations General Assembly expressed serious concerns about the retention of the death penalty and demanded that member states make efforts towards its abolition.

According to human rights organization Amnesty International, 108 countries had abolished the death penalty by 2020, a nearly five-fold increase over the past 40 years. The figure rises to 144 if we include countries that have suspended executions or effectively abolished them. This means that 75% of UN member states do not carry out executions.

Of the 38 countries that are part of the Organization for Economic Co-operation and Development (OECD), Japan, the United States and South Korea are the only countries that still apply the death penalty. South Korea, however, suspended executions.

In the United States, 23 of the 50 states have abolished the death penalty, and President Joe Biden also opposes it. The 27 states that still apply the death penalty (three of which have suspended executions) and the federal government decide on an execution date between 30 days — at the latest — and 90 days before it, and inform quickly condemned him to death. In some cases, an execution date is decided up to three or more years in advance. This allows death row inmates to prepare for their death, manage their assets, consider organ donations, and give sufficient thought to whom to donate their ashes.

Some have pointed out that the reason the Japanese Ministry of Justice does not give advance notice of executions to death row inmates is because it fears that if word gets out to the outside world, there will be anti-death protests. execution that will prevent executions. quietly and smoothly.

David Johnson, a professor at the University of Hawaii at Manoa who is familiar with the Japanese death penalty system, called Japan’s method of execution a “policy of execution by surprise attack (damashi-uchi)”. and said the purpose of secrecy is to protect “the power of the Department of Justice to decide who will die, and when – and with little public discussion. In other words, this practice is intended to preserve the prerogatives of power. There is no principled justification for this.”

Meanwhile, Seiken Sugiura, a lawyer who did not order any executions when he was justice minister, said: “Looking through the prism of international standards, the circumstances surrounding the death penalty in Japan, including including last-minute notifications, are a sorry sight”.

“Keeping or abolishing the death penalty is tied to the foundations of democracy, and it’s important for the public to first understand what the current situation is,” said Osamu Kamo, deputy head of the headquarters.

Within the international community, the idea that respect for human rights must take precedence over national sovereignty has become well established. If the Department of Justice wants to keep informing death row inmates of their execution on the day of their execution, they must confront it and explain the reason head-on in court.

A History of Politics and Protest at the Olympics – NBC Chicago