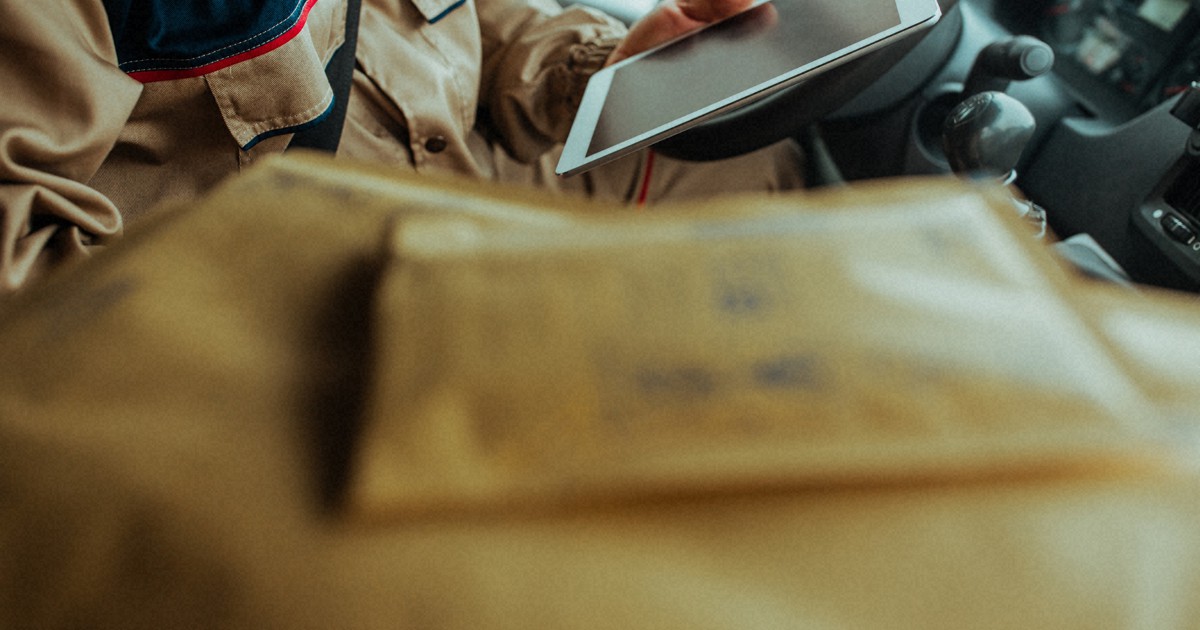 TOKYO – As demand for online shopping increases amid the coronavirus pandemic, delivery drivers working as sole proprietors in Japan are complaining about their plight, with some saying they are forced to work extremely tight and long hours, and that their contracts were unilaterally canceled.

What happens to these drivers, whose livelihoods are becoming increasingly popular as a â€œfree style of workâ€? A reporter from Mainichi Shimbun interviewed some of the people who carry packages for Amazon to find out.

The packages to be delivered could not fit in the rear hold of a microvan and were also stacked on the passenger seat. Starting at 9 a.m., a 44-year-old man delivers the goods for about 13 hours with virtually no breaks. For lunch, he buys pastries and takes five minutes to finish them in the vehicle.

The driver from Yokohama apparently felt a sense of crisis around September of this year. He remembers thinking, â€œI have to overwork and keep driving. If I continue like this, I could cause an accident or collapse. These packages could kill me.

In November 2017, the man signed a consignment contract with a delivery company outsourced by Amazon Japan GK to deliver packages. Until then, he worked as a social worker, but his take-home pay was around 180,000 yen (around $ 1,577). To pay for her living expenses, her consumer loan debt had increased to 1.8 million yen (about $ 15,770). He wanted to increase his income, so he started his own business as a delivery service provider.

If the drivers are sole proprietors, they must prepare their own vehicles for delivery, and they must also pay for gasoline and other expenses themselves.

The man from Yokohama lives with his parents with his mother. Five days a week, he goes at 8 a.m. to a warehouse of the contracted delivery company, loads his microvan with packages to be delivered that day, and leaves to deliver them. He is paid 17,000 yen (about $ 148) per day, regardless of the number of packages he delivers. Her monthly income is about 350,000 yen (about $ 3,066), and after deducting gasoline and other expenses, she has about 200,000 yen (about $ 1,752) left.

In addition, due to the spread of the coronavirus, the number of packages has increased since last year. At the start of last year it was delivering around 110 packages a day, but since May of this year it has occasionally grown to over 200 packages.

“I feel like I’m being pushed to the limit of how many packages I can handle. For a while, I felt a little depressed.” The man continued with a tired expression: â€œThe daily wage has not changed, but the number of packages has increased dramatically. The reality is that I have to work too much. I would like to see measures taken, such as putting in place a minimum unit wage for handling a single package and an upper limit on the number of items that can be delivered in a day. ”

According to Amazon Japan, Amazon Flex started in 2019 in some areas around Tokyo and is now spreading across the country. The program is open to people 20 years of age or older who own a light freight truck or van registered as a “small truck haulage business”. They can choose for themselves the delivery area and the amount of work equivalent to two to eight hours per day.

A man in his thirties living in Tokyo signed up for Amazon Flex when he was just starting out. He worked eight hours a day, mainly from 7 a.m. to 3 p.m., and earned 16,000 yen (about $ 140) a day. He was satisfied with the job and thought, â€œI can go at my own pace and earn a stable income.

In October 2020, however, Amazon Japan abruptly canceled its contract, sending an email explaining the reason: â€œWe have received several reports of undelivered goods from our customers. mail. ”

The man filed a complaint with Amazon Japan, saying he had never had any undelivered items that could cause problems, but he apparently did not receive a response from the company. He asserted: “I think the matter has not been resolved. I cannot accept this.”

According to the Ministry of Territory, Infrastructure, Transport and Tourism (MLIT), the number of small-scale truck transport companies, which provide delivery by car or motorbike, hovered around 150,000 at the end of from fiscal year 2010 to the end of the fiscal year. 2016, but has since increased, reaching around 177,000 at the end of March 2020.

As sole proprietors, they are not covered by labor standards laws, which stipulate minimum wages and hours of work.

According to a survey by the Yokohama-based Keikamotsu Union, which literally means light cargo union, of 83 freelance deliverers between April and November this year, more than 25% of them worked an average of 12 hours or more. per day. . About 40% had experienced “a unilateral reduction or disadvantageous change in freight rates”, and more than 25% had been forced to “work excessive and long hours”.

Hideharu Takahashi, the union representative, said: â€œAmong the workers we consulted, there was a company that wrote in its contract: ‘If you deliver to the wrong address, you will have to pay a fine of 30,000 yen. (around $ 262).

“Being unilaterally fired or being forced to do something disadvantageous is rampant. However, if they complain, their contracts are canceled or they are not given any work. The position of sole proprietors is weak.”

Hideo Kunitake, professor of labor law at Otaru University of Commerce, said: â€œOverseas, some countries have established regulations that consider the self-employed to be workers unless the company proves that they are sole proprietors, and the global trend is to address the self-employed problem as one of the problems with labor laws. In Japan, we also need to have a discussion to review the scope of labor law enforcement. ”

Mustard, French fries in shortage due to Canada’s climate problems