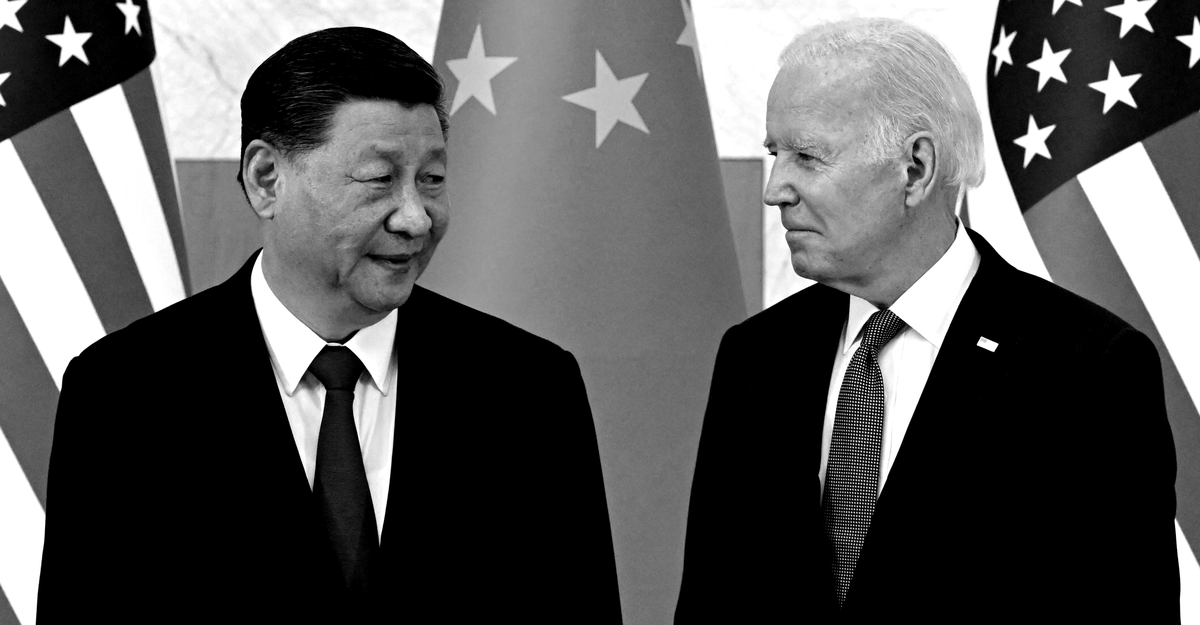 In 2015, when I started covering climate change, climate war meant one thing. Back then, if someone said climate change was a threat to the world order, you would assume they were talking about the direct impacts of warming, or its second-order consequences. Analysts and academics worried about scenarios in which unprecedented droughts or city-destroying floods would cause mass migration, destabilizing the wealthy world or giving rise to far-right nationalism. Or they feared that a global famine would drive up food prices, sparking old-fashioned resource wars. Or they worried about the social sciences showing that weather fluctuations could lead to revolutions and civil wars.

The world of 2015 is not the world of 2022. Since then, countries have made remarkable progress in avoiding the worst climate scenarios: Canada taxes carbon pollution, Europe has its green accord and the United States States somehow passed the Inflation Reduction Act. Moreover, elected leaders ran for these policies and won. Thanks to a global shift away from coal power, the world is unlikely to warm 9 degrees Fahrenheit by the end of the century, as once seemed possible.

I was reminded of the success of the past seven years when I saw a German public service announcement last month that added decarbonization to the old Enlightenment trinity: “Democracy, Vielfalt & Klimaschutz. Du Bist Europehe said: “Democracy, diversity and climate protection. You are Europe. What a victory. And what a complex. Since 2015, the risks of climate war have not entirely diminished. Instead, the risks have shifted. As more and more countries have integrated the energy transition into their economies, it is now possible that efforts to combat climate change will encourage full-fledged conflict.

This change didn’t happen intentionally, to be clear. It’s the result of a process that climate advocates, to their credit, were among the first to note: that batteries, renewables and carbon-free power are the next rung on the technology ladder. Climate hawks rightly celebrated the news of Ukrainians using e-bikes and electric drones for reconnaissance or to attack Russian tanks. But this only goes to show that these innovations are “dual use”: they can be deployed in civilian and military contexts, and are therefore not optional for countries seeking their security.

The conflict over dual-use technologies is already at the center of the US-China trade disputes. Last month, the Biden administration effectively banned the sale of all modern semiconductor manufacturing equipment to China. It also banned “American people” – a group that includes US citizens and green card holders – from working in China’s semiconductor industry. As Eric Levitz writes in New York magazine, the policy amounts to a kind of economic warfare, as “it is now official US policy to prevent China from achieving its development goals.”

This is dangerous logic when you know that semiconductors are crucial for decarbonization: the transition to electricity almost requires a greater use of semiconductors. Computer chips govern almost every aspect of how electric cars, scooters, water heaters, induction cookers, etc. use or conserve energy. One of the main ways EV manufacturers secure a competitive edge is through tiny improvements to the computer chips and software that govern a car’s battery. Now, the kind of semiconductors affected by Biden’s policies are far more advanced than the cheaper kind needed to decarbonize. But you can see how try to prevent the development of the other country can go from an economic disagreement to a military disagreement.

Part of what makes this dynamic difficult to manage is that the United States and China are productively using climate policy as a venue for their own diplomatic competition. Perhaps the most significant international climate announcement in recent years has been President Xi Jinping’s pledge that China will aim to reach net zero by 2060. He announced the goal less than 2 months before the 2020 US presidential election, and it was widely understood as a “pointed message” for – if not a reprimand – from the United States and the Trump administration. “This demonstrates Xi’s abiding interest in leveraging the climate agenda for geopolitical purposes,” said Greenpeace analyst Li Shuo. The New York Times then.

Competition has also improved American politics. Thanks to the Inflation Reduction Act, a law that was passed in part because U.S. lawmakers were unwilling to cede the cleantech industry to China, the U.S. is poised to massively subsidize domestic manufacturing of solar panels. It’s possible that in a decade we’ll have more cheap solar panels than we know what to do with. And while this may result in a substantial economic deadweight loss, it is likely good, on the net, for the climate. If geopolitical competition drives America to subsidize a solar industry, then competition is likely portion climate action, without hindering it. Flooding the world with cheap solar power will not only accelerate decarbonization, but also push companies to find creative new ways to use solar panels.

The most likely trigger – perhaps the only trigger – for an all-out war between China and the United States remains Taiwan, but we must be mindful of how the trade conflict, even when it stems from the will virtuous politicians to have their own domestic -technology industry, can degrade relations between countries and push them towards a zero-sum logic. And the greatest risk of mitigation-fueled violence is not, let’s be clear, to American, Chinese, or European citizens. Over the past month, the Democratic Republic of Congo has seen its heaviest rebel fighting in a decade as groups allegedly backed by Rwanda attempt to claim the country’s minerals, The Wall Street Journal reported recently. Congo produces two-thirds of the world’s cobalt and has the largest reserves of tantalum, a metallic element used in capacitors.

At the same time, the old idea of ​​a climate war has not gone away either. The past year has shown how climate impacts, such as drought, can drive up the price of key commodities, fueling inflation in the wealthy world and food shortages elsewhere. Conventional energy sources, such as fossil fuels, are much more likely than renewables or climate technology to spark such a conflict, Dan Wang, technology analyst at China-based economic research firm Gavekal Dragonomics, told me. China remains dependent on oil and natural gas from abroad; the United States has become a significant and growing exporter of natural gas to the country. If the United States stopped these exports – as it did oil to Japan in the run-up to World War II – then the risks of a larger conflict could be far greater.

For years, climate advocates have argued that their issue deserves to be at the center of economic and social policy-making. Climate is everything, they said. Well, to some extent they won: decarbonization is now at the center of how the United States, China and Europe envision the future of their economies. Climate advocates have won a seat at the table where the life and death issues of state and society are decided. What progress the world has made; how far we still have to go.