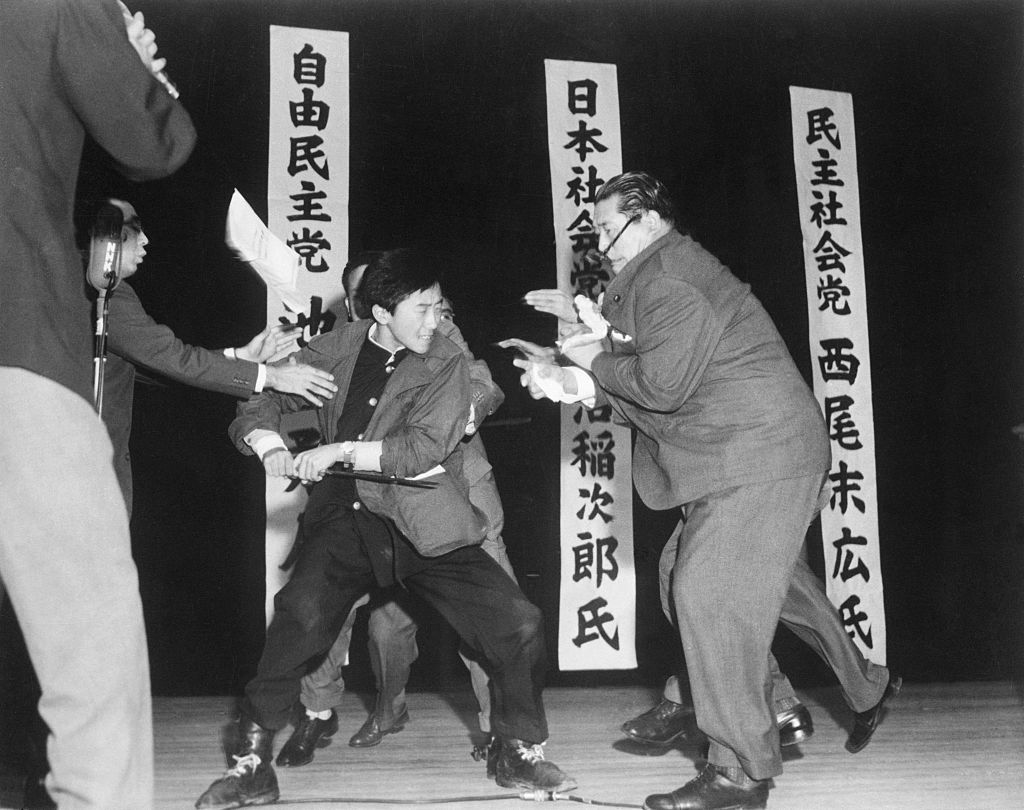 While at first glance, TikTok may seem like an app to get lost in dance tutorials, cooking videos, and comedy skits, it turns out to be just as much an educational tool as an entertaining rabbit hole.

Social media users around the world are being made aware of the story they probably didn’t learn in school. And what is the last history lesson offered? To mark 61 years since Otoya Yamaguchi assassinated InejirÅ Asanuma, the leader of the Japanese Socialist Party, on live television his story is spreading everywhere. We will take a look.

Who was Otoya Yamaguchi?

Otoya Yamaguchi is best known as the teenager who murdered InejirÅ Asanuma on live television. Yamaguchi was only 17 years old at the time of the attack, which took place on October 12, 1960 in Nerima City, Tokyo, Japan. He was born on February 22, 1943 in Tokyo.

To mark the date that Otoya Yamaguchi committed the assassination (and was subsequently arrested), some celebrate October 12 as â€œOtoya Yamaguchi Dayâ€.

As the event’s 61st anniversary approaches this year, the video of Yamaguchi attacking InejirÅ Asanuma has also been released on various social media platforms, including TikTok.

That day, Yamaguchi rushed onto the stage and stabbed Asanuma with a wakizashi shortsword as Asanuma participated in a televised election debate at Tokyo’s Hibiya Public Hall.

Photojournalist Yasushi Nagao captured the moment Asanuma was assassinated by Yamaguchi in what has become one of the most famous press photographs of the 20th century. Nagao won the World Press Photo of the Year (1960) and the 1961 Pulitzer Prize for capturing this historic moment. He became the first non-American photographer to win a Pulitzer for his work.

What happened to Yamaguchi after the assassination?

After the assassination, Otoya Yamaguchi was arrested and imprisoned. He remained in his cell for three weeks while awaiting trial. Meanwhile, Yamaguchi continued to claim that he acted entirely on his own in his own discretion.

One of the best-known and widely publicized elements of this affair dates back to Yamaguchi’s last day. On November 2, 1960, Yamaguchi wrote on the wall of his cell “Long live the Emperor” and “Would I have seven lives to give for my country”, this second message referring to the famous last words of the samurai from the fourteenth century Kusunoki Masashige. Otoya Yamaguchi then tragically committed suicide before he could be convicted of his crime.

His ashes were buried in Aoyama cemetery.

In other news, where does Hitman Holla live? Burglars are said to have broken into his home

The main opposition party in Japan, the CDP, promises a society of “all middle classes”

Daikin leads efforts to save electricity in factories and offices