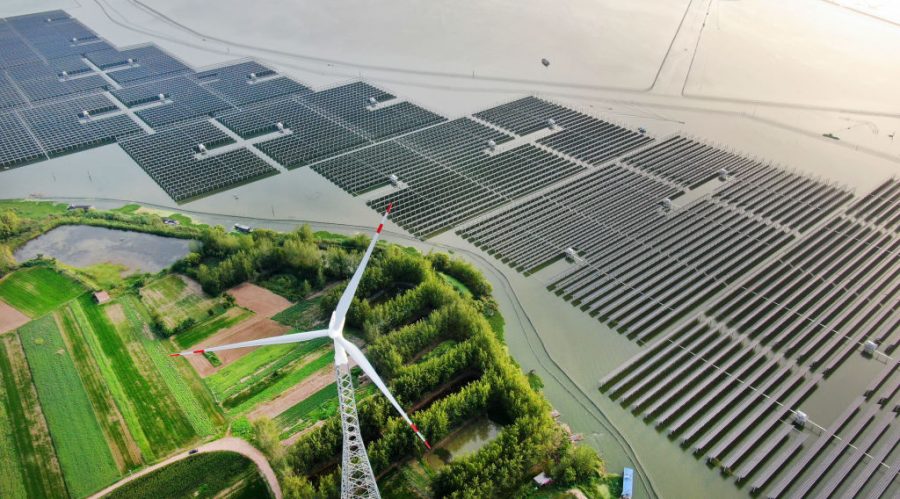 The Geopolitics of Energy Transition in the Indo-Pacific

This is the third in a series of edited excerpts from a new ASPI publication, The Geopolitics of Climate and Security in the Indo-Pacific, released today. The first article presented a 2035 Climate Security Scenariowhich is the point of reference for subsequent articles, including this one.

While the forces shaping the Indo-Pacific energy transition to 2035 are complex, some macro trends are clear. Energy demand in the region is expected to increase significantly and remain concentrated in urban areas, and power infrastructure will remain highly vulnerable to climate impacts. The uneven availability of finance for countries trying to transition from fossil fuels to renewable energy systems is perhaps the most significant risk. Without major policy changes, these trends foreshadow widespread energy insecurity in 2035, with profound implications for regional security, as illustrated in the following projection to 2035.

We are in 2035. The global transformation of energy systems is well underway, but only the most mature markets in Asia and the Pacific are in a position to use the ongoing changes to their economic and (geo)political advantage. Continued reductions in the levelized cost of electricity generated from solar and wind power are driving a rapid shift in financial flows to clean energy. About US$1.2 trillion was invested annually in clean electricity supply between 2023 and 2026, but it was disproportionately focused on OECD countries. In Asia and the Pacific, China and India are major investment hubs, benefiting from both rapid deployment of renewable energy-based production and manufacturing capacities.

By 2035, energy systems across the region will be under extreme physical and economic stress from the severe and intensified effects of global warming, which has now reached 1.5°C above pre-industrial levels. The largest power demand centers (Bangkok, Jakarta, Ho Chi Minh, Yangon) and other coastal cities are in the process of relocating inland, as neither centralized power supply systems nor cooling and heating cannot withstand the pressure of repeated flooding. . This trend accelerated considerably after the sequential El Niño – La Niña events in 2022-23.

Southeast Asia is shifting from a “maritime periphery” for major regional powers to a site of great-power competition over energy standards, finance, and political influence. China, which has historically been dominant in the planning of Southeast Asia’s energy system through close ties with regional governments and energy companies, has managed to establish itself as the standard-bearer of a increasingly low-carbon energy sector. Achieving the energy transition and climate resilience of its southern region is one of China’s security priorities, as climate migration leads to tensions on its southern borders. Moreover, its major low-carbon technology production centers are increasingly exposed to climate impacts, threatening Chinese companies with supply disruptions and loss of capital.

India’s presence in the region has grown significantly over the past decade, particularly through the India-ASEAN Power Grid Connectivity Initiative and various power grid cooperation initiatives. The third-largest photovoltaic cell manufacturing center and producer of more than a quarter of the world’s solar panels, India has become the main supplier of solar equipment to OECD countries seeking to diversify away from products Chinese and find themselves in fierce competition. to dominate Chinese equipment suppliers in renewable energy markets in Southeast Asia.

The region’s dependence on China’s supply of raw materials remains extremely high, however, as demand for lithium, silicon, nickel, copper and rare metals is growing rapidly and steadily. Other parts of the renewable energy supply chains have been redistributed, and Malaysia, India and Vietnam have joined the regional market as major suppliers of solar equipment.

The region has thus experienced several geopolitical changes as China consolidates its energy dominance, India rises as a major regional energy player and a handful of small powers manage to carve out niches in renewable production.

There remains a relative lack of major support from OECD countries and international financial institutions. This gap is being filled by China, using its historically established cooperative ties and mature domestic renewable energy market. Japan, on the other hand, remains a major regional provider of fossil fuel finance, locking many countries in the region into decades of rising oil and gas consumption. Much of this funding will eventually result in stranded assets.

The scenario just outlined is among the most likely outcomes unless decisive political changes take place in Southeast Asian countries and sufficient financial support from developed countries is forthcoming. Sticking to a “business as usual” scenario will no longer be possible in the years to come. Extreme weather events, uncontrolled loss and damage, and the increased vulnerability of energy systems to the impacts of climate change leave no room for business as usual assumptions.

Measures that can help rapidly build the resilience of the region’s energy systems to climate impacts and mitigate the impact of market shocks and energy supply shortages already exist in 2022. Regional cooperation in sharing and risk management and disaster preparedness, which is part of a broader international cooperation framework, is essential.

We also know that a massive shift in financial flows will need to take place to unlock access to low-carbon growth for developing economies in Southeast Asia, with public finance playing a key role in supporting regulatory and policy action. And, globally, it is essential that policymakers ensure that geopolitical shifts result in a race to the top rather than a clash of norms on a range of critical topics, including diversification and resilience. low-carbon supply chains and the parallel critiques. materials markets.

The policy challenges of managing the regional energy transition are complex and challenge traditional policy silos, but governments must start acting now to avoid the worst possible outcomes as early as 2035.