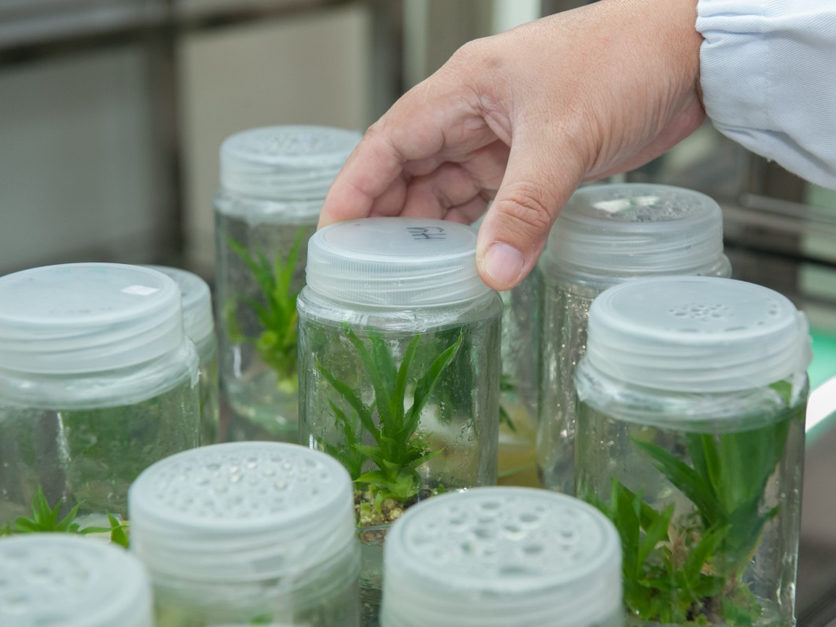 The new year is here, and that means historic new disclosure requirements for biotech foods are now in effect.

In 2016, Congress ended state-sponsored GMO labeling efforts in favor of new law that requires the disclosure of bioengineered ingredients. So, starting on Saturday, food products containing detectable levels of BE material must be labeled as a “bio-engineered food” or a product that “contains a bio-engineered food ingredient”. Non-compliant products must be withdrawn from the market.

The new law faces a legal challenge by the Center for Food Safety, a Washington-based advocacy group that has long been fighting for tighter regulation of agricultural biotechnology.

“These regulations are not intended to educate the public but rather to allow companies to hide their use of genetically modified ingredients from their customers,” said group executive director Andrew Kimbrell.

Keep in mind: The USDA Agricultural Marketing Service has established a website where they will receive complaints about labeling compliance.

Some sectors of the agricultural industry are eagerly watching the Supreme Court as judges decide whether to hear petitions filed regarding sow housing standards, summer use of the E15 and wetland regulations. The court is due to discuss the motions on Friday and announce its decisions within a week from today.

All cases face a high chance, given that the tribunal accepts for consideration only a fraction of the applications it receives:

Case E15: A Growth Energy petition calls for a review of an appeals court ruling that the Clean Air Act does not allow summer use of E15. But the issue may be too narrow for the court to consider.

Proposition 12: A petition from the National Pork Producers Council and the American Farm Bureau Federation seeks to block enforcement of animal housing standards under California’s Proposition 12. The High Court dismissed an earlier challenge to the law.

Swamps: The latest petition of interest was filed by landowners in Idaho who want the court to review federal wetland regulations. The court may be reluctant to address the issue given that the EPA and the Army Corps of Engineers are in the process of writing a new WOTUS rule defining federal jurisdiction under the Clean Water Act.

For more on this week’s DC agenda, check out our Washington week ahead.

Net export sales of US corn – old and new crop – were boosted strongly by Japanese buyers at the end of December. Japanese customers pledged during the week of December 17-23 to purchase 385,800 metric tonnes of American corn for delivery in MY 2021-22, helping to bring total sales in the United States to over 1.2 million tonnes.

But Japanese buyers have also purchased 60,000 tonnes for delivery during the 2022-2023 marketing year, which does not begin until September 1.

Ports of Los Angeles and Long Beach could begin today to impose high fees on container owners for leaving metal crates at the facilities for long periods of time, according to the Maersk shipping company, which claims the number of containers aging on the docks has been reduced. by 41% since the end of October.

So far, the mere threat of fines has been successful in getting container owners to remove them from the docks, Los Angeles Port Manager Gene Seroka said last month during a webinar hosted by the Blue Dog Democrats. The fees – designed to prevent container owners from treating docks like warehouses and freeing up space for commerce – were first to go into effect on November 15, but this was postponed to December 27, and then to again postponed until today.

Maersk said that “continuous improvements have resulted in the weekly deferral of fees.”

Friday was the last day of work at USDA for Osama El-Lissy, the longtime deputy administrator of the plant protection and quarantine division of the Animal and Plant Health Inspection Service. USDA.

El-Lissy, who played an important role in negotiating phytosanitary agreements under the US-China Phase 1 trade agreement, spent more than two decades at the USDA. It has also played a major role in the eradication of the African giant snail, pink bollworm, vine moth and other pests that can cause billions of dollars in damage to American crops.

APHIS Associate Administrator Mark Davidson will replace El-Lissy until a replacement is appointed.

Farmers who depend on irrigation have become more efficient over the years, but many water-saving measures are not yet widely used, according to a study by the USDA Economic Research Service.

From 2003 to 2018, the share of irrigated farms using soil moisture sensors for irrigation programming increased by 50%. However, only 12% of irrigated farms use the equipment. In 2018, around 28% of farms cited funding as a barrier to installing new conservation measures. Another deterrent, cited by over 15% of farms, is uncertainty about future water availability.

Total water use for irrigation decreased by 21% between 1980 and 2015. The average amount used per acre decreased by 19%.

Moreover. Corn is the most extensively irrigated crop, accounting for 14 million acres or more than 25% of irrigated cropland in 2017. However, this represented less than 15% of all corn acreage that year. A majority of the land used for vegetables or orchards was irrigated.

He said it. â€œCalifornians are trying to use the massive economic power of their state to impose regulations on pig farmers nationwide. Other states don’t tell California how to grow grapes or almonds. –Senator Chuck Grassley, R-Iowa., Telling reporters he wanted the Supreme Court to block the application of Proposition 12.