TOKYO – Speculation that besieged Prime Minister Yoshihide Suga would resort to the dissolution of the lower house in September for an early election evaporated overnight.

“Given the situation with coronavirus infections, we are unable to dissolve the Diet,” Suga told reporters on Wednesday. He also denied any plans to “postpone” the presidential election of the ruling Liberal Democratic Party.

With these comments, Suga abandoned his short-lived attempt to call an early election to catch his political rivals off guard and regain a foothold before the PLD race.

The swift political drama was sparked the night before, when PLD lawmakers caught wind of Suga’s plan.

If he dissolves the lower house after September 12, when the coronavirus state of emergency ends, a general election will likely be held on October 17, with the campaign starting October 5. This would inevitably force the postponement of the LDP leadership race. until after the elections.

With an approval rating bogged down to its lowest level since taking office a year ago, Suga doesn’t exactly have a huge advantage over rival Fumio Kishida, who challenges Suga in the LDP race.

Postponing the vote would give Suga time to regain his footing. Suga would announce a new LDP leadership team next week and delay the leadership race to focus on the general election, according to speculation.

But this scenario did not suit LDP members, who were already frustrated with Suga’s leadership. A fierce recoil ensued.

PLD general secretary Toshihiro Nikai, who met Suga on Tuesday evening, persuaded him not to go through with the plan. Former Prime Minister Shinzo Abe – of whom Suga was the right-hand man – has also voiced his opposition to the idea.

Now, Suga’s control over the political calendar is at the mercy of the coronavirus pandemic. Having abandoned his most powerful tool – calling an election whenever he chooses – Suga only has the LDP leadership reshuffle next week as a way to regain his support.

There is particular interest in who will replace Kingmaker Nikai as the face of the PLD for the general election. Nikai agreed to step down as discontent over his long tenure grew within the LDP.

Regulatory Reform Minister Taro Kono, former Defense Minister Shigeru Ishiba and young Environment Minister Shinichiro Koizumi have conducted media polls asking who would be the best choice for the job. Many are calling for a choice outside the upper echelons of the party, especially a young person or a woman.

Ishiba did not say whether he would run for management. He met Mikio Aoki, a retired LDP heavyweight who has influence in the party’s third faction, on Wednesday. Aoki called on senior party officials in the upper house to support the prime minister in the race. 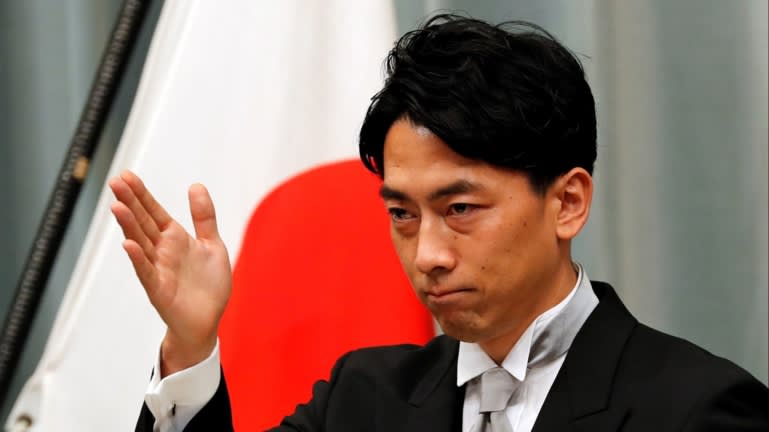 A new secretary general can make a real difference in public support for a prime minister – for better or for worse.

In 2003, then-prime minister Junichiro Koizumi increased his approval rating by 20 points after choosing the then-relatively young 49-year-old Abe. Abe himself bolstered his position in the polls with a change in 2014, as well as a cabinet reshuffle that included five women, before dissolving the lower house for an election two months later.

A bad choice can backfire, as happened in 1995 with Yohei Kono, who eventually lost momentum and chose not to stand for re-election as party leader. Opposition leaders must also be careful: The choice of Democratic Party of Japan leader Yukio Hatoyama for the post of secretary general in 2002, after a successful third leadership candidacy, has been criticized as a reward for political support essential.

The backdrop to this LDP leadership race, with a general election looming, is very different from last year’s vote to replace Abe, who retired, when five of the LDP’s seven factions backed Suga. With just over two weeks to go to the start of the campaign, six factions have yet to find a candidate.

“We shouldn’t force a decision by numbers,” said Hiroshige Seko, PLD general secretary for the upper house and a member of the party’s largest faction.

How are damages calculated in patent infringement cases? – Intellectual property