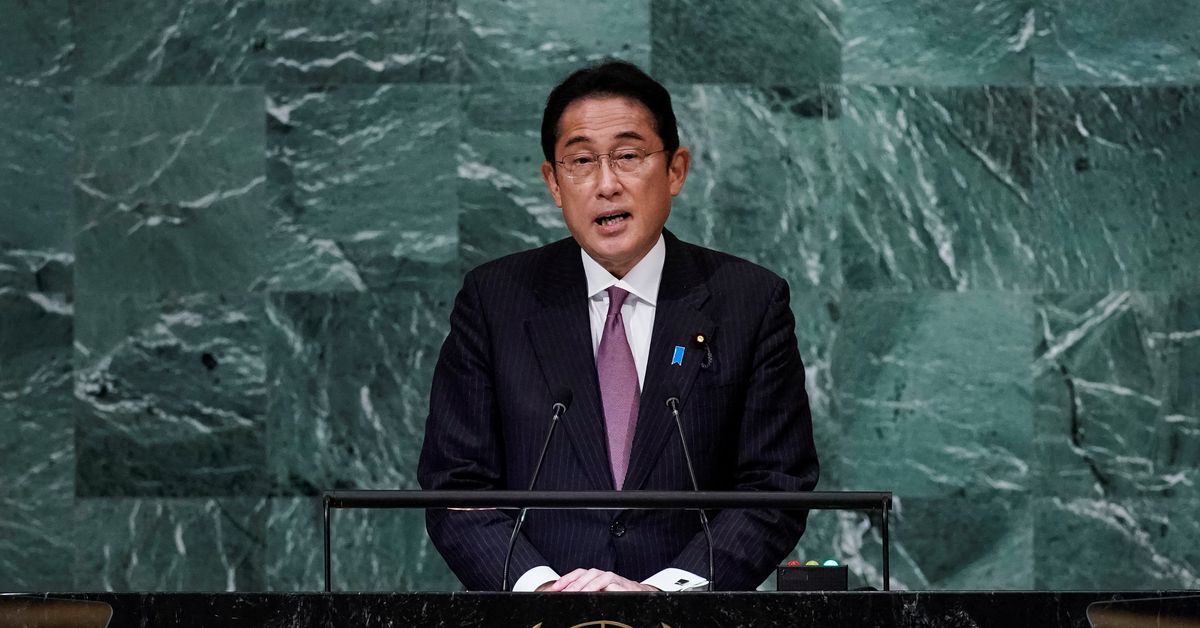 UNITED NATIONS, Sept 21 (Reuters) – South Korean President Yoon Suk-yeol and Japanese Prime Minister Fumio Kishida met on Wednesday for the first time one-on-one between their country’s leaders since 2019 and agreed of the need to improve their relationship by resolving contentious issues.

The meeting took place in New York on the sidelines of the UN General Assembly.

Yoon became president in May and has been keen to improve relations with Tokyo, which has been plagued by disputes stemming from Japan’s colonization of the Korean Peninsula from 1910 to 1945, at a time when both countries are under threat from Korea. North. Japan also stressed the importance of strategic cooperation.

“The two leaders agreed on the need to improve bilateral relations by resolving outstanding issues and agreed to instruct their diplomats to expedite talks between them to this end while continuing talks between them,” he said. Yonhap quoting Yoon’s deputy spokesperson Lee Jae-myoung as said.

Lee said the leaders shared serious concerns about North Korea’s nuclear program, including its recent law authorizing the first use of nuclear weapons and the possibility of a resumption of nuclear testing for the first time since 2017.

Both sides described the talks as “informal” and said they lasted 30 minutes.

She said they agreed to develop “future-oriented” relations, based on the friendly and cooperative relationship the two countries have built since the normalization of diplomatic relations in 1965.

Yonhap said Yoon and Kishida met several times on the sidelines of the North Atlantic Treaty Organization (NATO) summit in Madrid in June, which included a trilateral meeting with US President Joe Biden, but that Wednesday’s meeting was the first time they sat down for one-on-one talks.