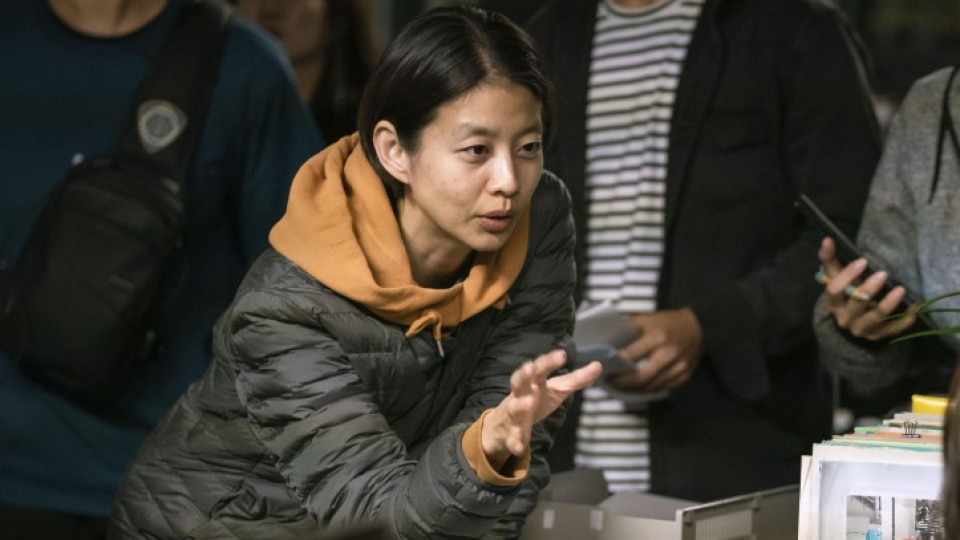 South Korean female directors are gaining more recognition both at home and abroad as the #MeToo movement gains momentum in their country and calls for a more diverse society.

Two directors, Lee Kil Bora and Park Ji Wan, both with films recently released in Japan, spoke about how they embraced viewpoints hitherto largely ignored in South Korean cinema and the importance of offering new perspectives to challenge the country’s conventional values. .

According to the Korean Film Council, more than 20% of films released in 2020 were directed by women, many of whom received rave reviews at film festivals for tackling complex themes, including the broadening of the #MeToo movement. at home.

“Despite ‘non-men’, such as women and sexual minorities, who make up more than half of the population, the kind of stories the media tackles are completely different from my own experience,” Lee Kil said. , 31, who meticulously examines society’s “unheard of voices” in his documentary films.

In her latest film, “Untold,” Lee Kil, who rose to fame for “Glittering Hands,” a work in which she filmed her deaf parents, follows survivors of alleged massacres of civilians by South Korean forces during the Vietnam War – a subject that has long been considered taboo.

Lee Kil pointed out at a screening held in Fukuoka, southwestern Japan, on March 19 that despite strong opposition from war veterans, “the memories of individual victims, which are difficult to record, are what is the most important”.

The #MeToo movement took off in South Korea in 2016, sparked by an incident in downtown Seoul where a woman was stabbed to death by a man. Many women felt very worried after the arrested man said he committed the crime because he felt the women ignored him.

The novel “Kim Ji Young, born in 1982”, written by author Cho Nam Joo and published in October 2016, is about a woman trying to cope with oppressive misogyny in South Korean society. It was made into a movie directed by Kim Do Young, also a woman, and attracted great interest in Japan.

Recently, South Korea has also seen a backlash from men who resent the fact that there is no compulsory military conscription for women, calling it “reverse discrimination”.

In the March 9 presidential election, the winner, Yoon Suk Yeol of the main opposition People Power Party, included in his platform a pledge to abolish the Ministry of Gender Equality and family. The gender conflict continues.

While Lee Kil says she understands more men have become frustrated with society, she argues that “it is a failure of politics and a mistake for men to take their discontent out on women”.

Amid a tough job situation, soaring property prices and growing inequality, many South Koreans have seen their assumptions that life involves a path of buying one’s own home and to marry collapse.

In “The Day I Died: Unclosed Case,” Park’s feature debut, she attempts to accurately capture these changing aspects of South Korean society. “I wanted to create a movie that viewers aren’t used to watching,” Park, 41, said of the movie currently airing in Japan.

A dark tale starring Kim Hye Soo as a detective investigating a cold case involving a reported teenage suicide, the film follows the story of three women standing in the midst of despair and misfortune, which they are helpless to control, and how their fate inexorably cut.

In a country where films lovingly portraying the patriarchal family are popular, Park said she thinks some viewers “felt alienated.” In her new film, she said she wanted to convey the message that establishing a “loose connection with others can help”.

She adds, “With more and more female directors on the scene, we will have a wider range of films.”

As for Lee Kil, difference, she says, is what makes the world a fascinating place to live. “I would like to create a world where such diversity is respected.”

Latest news on Russia and the war in Ukraine