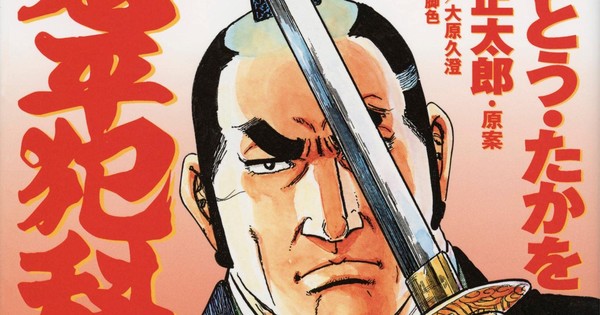 The December issue of LEED Publishing Co., Ltd.‘s Comic ran magazine revealed on Wednesday that Sentaro Kubota and Takao Saitothe manga adaptation of Shōtarō Ikenami‘s Onihei crime reports in Edo (Onihei Hankachô) the series of novels will continue on “without modifications”. Saito died on September 24. The magazine said the manga’s continuation was in line with Saito’s last wishes.

by Saito Golgo 13 the manga continues the same without him, with the Saito production group of artists continuing the work with the help of the editorial staff of Shogakukan‘s Big comic magazine and an additional team of writers.

Kubota and Saito launched the Onihei crime reports in Edo manga in Comic ran in 1993. Bungeishunju released the 113th compiled book volume of the manga on August 19 and will release the 114th volume on December 21 with a special memorial to Saito. JManga once partially released the manga in North America.

The series of historical novels portray Heizō Hasegawa, who brings justice to evildoers and oversees the crackdown on arsonists and thieves during the Edo period in Japan (1603-1868).

Ikenami serialized the story in Bungeishunju‘s ru Yomimono novel magazine from 1967 to 1989, and Bungeishunju published 19 volumes for the main story. Subsequent paperback reprints divide the story into 24 volumes. The serialized novels inspired the first live-action TV adaptation in 1969, as well as three subsequent series and a 1995 live-action movie. The novels also inspired a TV anime adaptation that premiered in January 2017 and aired on Amazon Prime Videois now gone Anime strike channel.