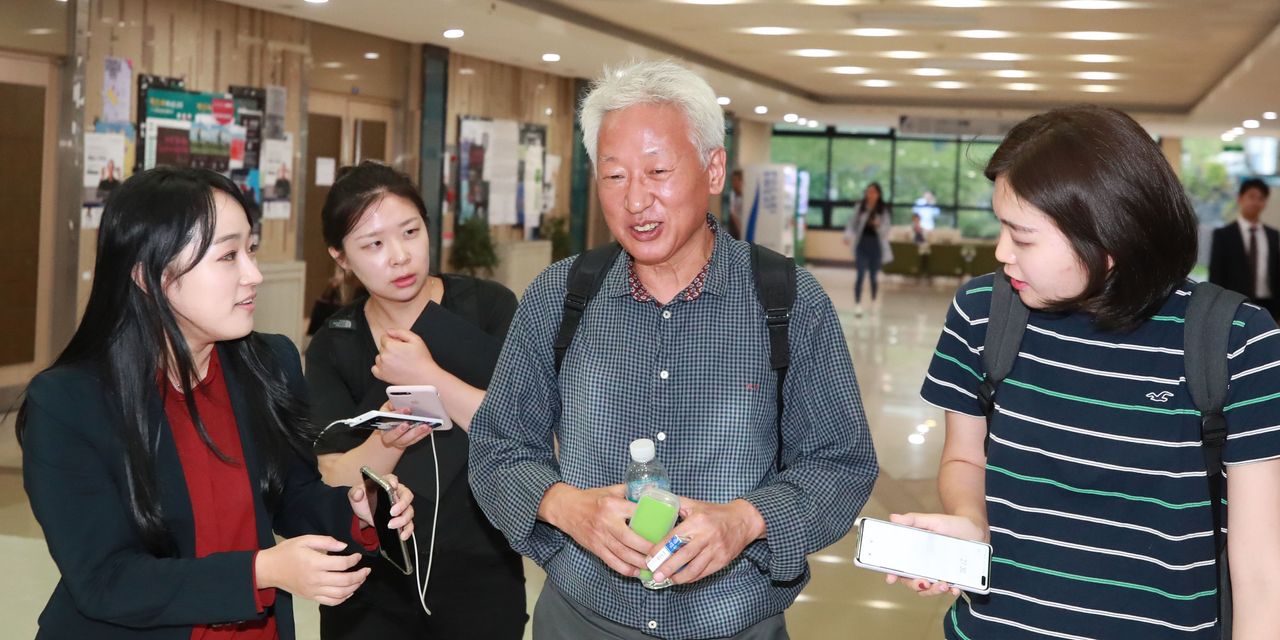 SEOUL — At the heart of a three-hour sociology class, a South Korean professor offered a controversial view of women in Japanese WWII military brothels. They were not taken by force by the Japanese army. The work was “a form of prostitution,” the professor said, according to a 2019 transcript of his remarks.

Those words cost Professor Lew Seok-choon his job, got him indicted, and made him an avatar in the global academic freedom debate on college campuses.

A recording of the comments, made two years ago in the first fall semester class at Seoul Yonsei University, has become public after a student leaked the audio to the local press on the day of the conference. . The school prevented Mr Lew, now 66, from teaching the course in his final year before his retirement. Last year, prosecutors charged him with three counts of defamation. The case remains ongoing.

Among the list of grievances between Tokyo and Seoul, none carries as much emotional burden in South Korea as the “comfort women” who were forced into sexual slavery by Japan. For many Koreans, the issue is still unresolved and painfully reminiscent of 35 years of colonial rule by Japan. It continues as a central point of tension between the two countries, deploying itself in diplomacy, during protests and in forced labor trials.

The Japanese government acknowledged that its military was involved in the “comfort women” system and issued a formal apology. Tokyo’s disagreement over the issue now with Seoul largely revolves around whether the government bears any legal responsibility, which it denies, citing earlier agreements with Seoul. The United Nations, as early as 1996, published reports describing the Comfort Women system as sexual slavery.