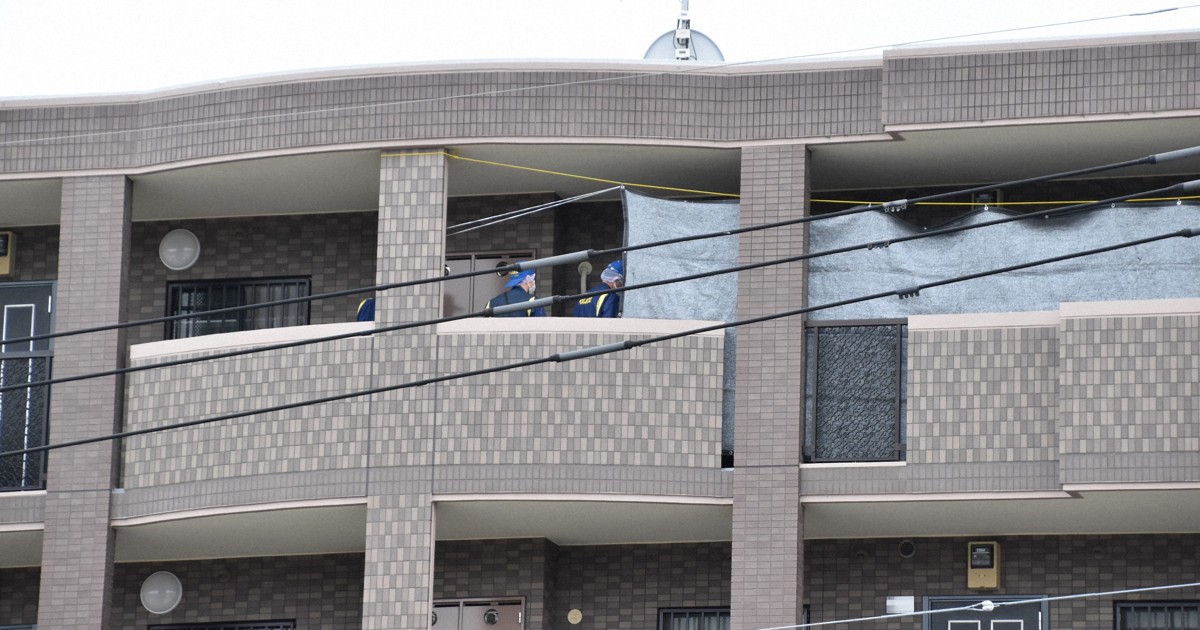 FUKUOKA – Police are questioning the mother of a 7-month-old boy who died in Onojo, Fukuoka prefecture on May 14 after a forensic autopsy determined he was killed by a ruptured liver caused by intense pressure on chest and abdomen.

The Fukuoka Prefectural Police’s Kasuga Police Station also revealed that the May 15 autopsy found traces of subcutaneous bleeding on several parts of Arata Inoue’s body. Sources familiar with the investigation later told the Mainichi Shimbun that there were signs that bones in his upper body had been broken.

Investigators said Arata was living with his twin brother and his mother, who called emergency services around 1:20 p.m. on May 14, saying, “My baby is not waking up. He doesn’t seem to be breathing. Paramedics transported the baby from the family’s apartment to hospital, but he was confirmed dead. The hospital reported the death to the police around 4 p.m. Police set the approximate time of death at 1 p.m.

In addition to bleeding under the skin, what looked like old bruises were also found on her body. Arata showed no signs of abnormal development, authorities said.

Her mother, a company employee, is on parental leave and was apparently caring for the twin babies on her own.

A ruptured liver causes blood to flood into the abdominal cavity, resulting in shock. Kasuga Police Station investigators say possible causes of the injury include an accidental fall or excessive pressure applied during CPR.

However, municipal authorities in the city of Onojo announced that they had determined that Arata’s mother should be treated as a “specified pregnant woman” under Japanese child protection law, which means she needed prenatal support to properly care for her babies. Arata himself was designated a “child in need of assistance” under the same law.

When Arata’s mother moved to town while pregnant with the twins, her former municipality informed Onojo that she had treated their older brother improperly. The eldest does not live with his mother.

Onojo officials visited the mother’s home, reviewed her babies’ four-month checkup results, monitored her by phone and other means, continued to provide support, and shared information about the case with the Fukuoka Children’s Counseling Center. A city worker said: “There were no indications of abuse while we were monitoring his case. We view this as a truly heartbreaking incident. If there has been abuse, we will investigate to see if it there have been issues with the city’s response.”

Meanwhile, Fukuoka Prefectural officials told a May 16 press conference that, based on information shared by the city, baby boys are “undergoing regular checkups and growing steadily. We could not confirm any indications of abuse.” Arata’s mother had also consulted with a public health nurse about her crying and baby food, and there was apparently nothing out of the ordinary about the conversations.

However, prefectural officials went on to say they “didn’t know” if Onojo City staff checked the babies’ bodies for issues each time they visited the Inoue home, or when was the last. times they had seen Arata in person to check on his safety. .

“We take this very seriously,” the officials said, adding that they would consider the need for an investigation into the handling of the Inoue case based on the results of the police investigation.