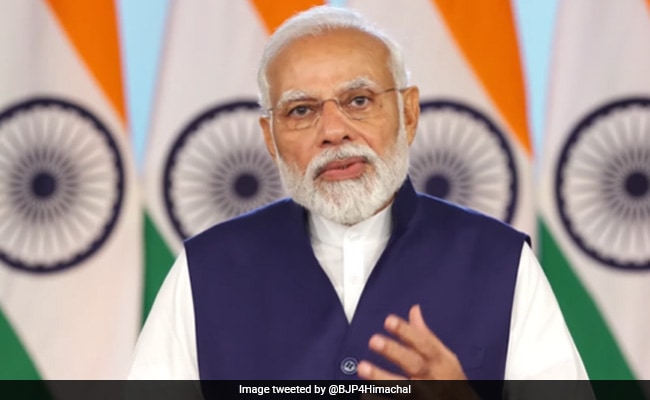 Prime Minister Modi spoke about the importance of infrastructure in unlocking human potential.

Prime Minister Narendra Modi said on Wednesday that India remains committed to meeting the needs of the poorest and most vulnerable, building the next generation infrastructure to fulfill their aspirations.

In a video message during the inaugural session of the fourth edition of the International Conference on Disaster Resilient Infrastructure, Prime Minister Modi said that the solemn promise of the Sustainable Development Goals is to leave no one behind.

The Prime Minister said that infrastructure is about people and providing them with high quality, reliable and sustainable services in an equitable manner. “People have to be at the heart of any infrastructure growth story. And that’s exactly what we’re doing in India,” he said.

India is stepping up the provision of basic services in India in the fields of education, health, clean water, sanitation, electricity, transport and much more, Prime Minister said. minister. “We are also tackling climate change in a very direct way. That is why at COP-26 we committed to achieving ‘Net Zero’ by 2070, alongside our development efforts,” said he declared.

He also noted that the coalition has grown and made valuable contributions. He mentioned the initiative on “Infrastructure for Resilient Island States” which was launched at COP-26 and CDRI’s work on resilient airports which studies 150 airports around the world.

Initially, he also reminded people that the solemn promise of the Sustainable Development Goals is to leave no one behind.

“We remain committed to meeting the needs of the poorest and most vulnerable by building the next generation infrastructure to realize their aspirations,” he said.

The ICDRI is organized in collaboration with the United States government and is held from May 4 to 6 in New Delhi, in both offline and online modes.

A Japanese look at America