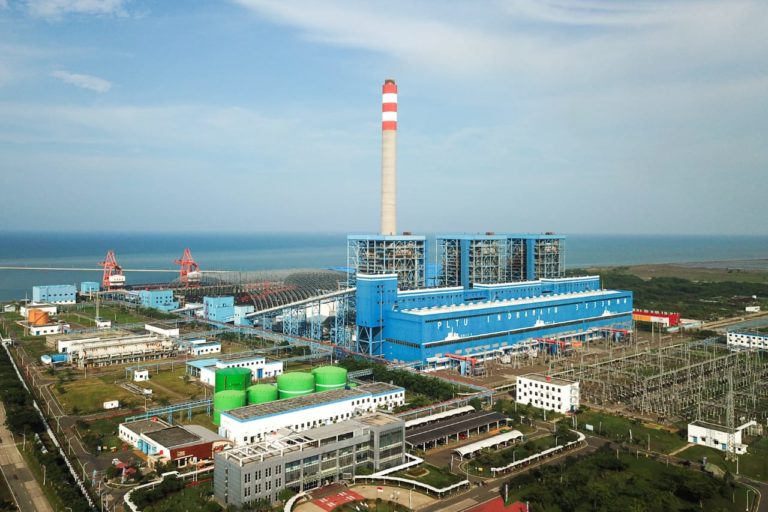 JAKARTA – Major coal-fired power plant projects in Indonesia and Bangladesh have been effectively canceled after the Japanese government, their main financial backer, recently announced that it would stop providing loans to build such plants in the two countries.

For Indonesia in particular, this decision also means the loss of the country’s three main foreign coal-fired power funders, after similar decisions by China and South Korea.

The projects affected by Japan’s decision are the Matarbari 2 coal expansion project in Bangladesh and a plan to build two additional 1,000 megawatt coal-fired units at the Indramayu coal-fired power plant in Indonesia. Indonesia and Bangladesh had conducted surveys for the projects with support from Japan, but construction has not started for either project.

On June 22, the Japanese Foreign Ministry announced at a press conference that Tokyo had decided to withdraw funding for the two projects.

In light of this announcement, Bangladesh’s Energy Minister Nasrul Hamid said the Matarbari 2 project had been abandoned.

“We have already canceled the Matarbari Phase 2 plan,” he told local media. “We plan to build an LNG power plant. The plant will be interconnected with LNG [liquified natural gas] Terminal.”

In 2021, the Bangladeshi government also canceled plans to build 10 coal-fired power plants, which were expected to bring about $10 billion in investment.

In Indonesia, the $4 billion Indramayu project is also expected to be scrapped, the government has said. Wanhar, director of electricity program supervision at the country’s energy ministry, said the Indramayu project is already on hold and could be shut down altogether, in line with Indonesia’s goal of achieving net zero emissions. greenhouse gases by 2060.

“[R]Regarding this Indramayu coal power generation plan, it is the policy of the Indonesian government itself not to implement it anymore,” she said at the press conference. “And the Japanese government has decided not to consider continuing official development assistance [ODA] loan support.

” In this [net-zero] roadmap, it is clear that PLN will no longer build new coal-fired power plants and therefore does not need funding for new plants,” said Gregorius Adi Trianto, PLN Vice President of Corporate Communications. , in a press release. “So PLN took the same initiative to stop lending [for coal projects] as part of PLN’s journey towards achieving the Carbon Neutral 2060 goal with the goal of creating a cleaner, more hospitable Earth for future generations.

Coal funding is drying up

Japan’s announcement marks a policy reversal by Asia’s second-largest economy, which accounted for more than half of the $6.6 billion in coal support pledged by the world’s seven largest advanced economies, or G7 countries. , in 2019.

This funding has enabled the construction and operation of coal-fired power plants in developing countries like Indonesia, considered the last coal frontier due to the country’s overreliance on fossil fuels to power its economy. Coal, of which Indonesia has abundant reserves, now represents almost 60% of the country’s electricity production, a figure that has been rising steadily since 2010.

Last year, Japan, along with other G7 countries, agreed to halt international funding for coal projects that failed to take action to reduce greenhouse gas emissions. It was part of efforts to meet globally agreed climate change goals, which call for limiting the rise in global temperatures to 1.5° Celsius (2.7° Fahrenheit) above pre-industrial levels.

But when the G7 countries took the pledge, Japan insisted on continuing to fund coal projects in Indonesia and Bangladesh on the grounds that those projects were “ongoing cases” and should therefore be exempt from the pledge.

Critics of the Indonesia expansion plan hailed Japan’s reversal of stance, saying the new factories would have exacerbated already dire social impacts on the ground. Communities around the Indramayu site have reported problems such as respiratory illnesses, reduced crop yields and reduced catches of fish and shrimp due to pollution from the existing plant.

Rodi, the leader of a local group called Indramayu Coal-Smoke-Free Network (JATAYU in Indonesian), said he was grateful that residents’ demands were heard by the Japanese government.

“Our fight is not for nothing,” he said in a press release.

Meiki W. Paendong, head of the provincial chapter of the Indonesian Forum for Environment (Walhi), Indonesia’s largest green NGO, said Japan’s decision underscores its commitment to tackling climate change. However, Japan should not stop there, he said.

“This commitment needs to be truly demonstrated by also urging their banks to take the same stance by no longer financing all coal-fired power plants and other fossil fuel projects in Indonesia,” Meiki said in a press release. “Because there are still Japanese banks still channeling credit to privately operated coal-fired power plant projects, such as the Cirebon power plant. Some of them are JBIC, SMBC, MUFG and Mizuho.

Analysis by the Institute for Energy Economics and Financial Analysis (IEEFA), a Jakarta-based think tank, suggests there are at least 44 coal-fired power plant projects with a total capacity of nearly 16 GW underway. between 2021 and 2030, the largest planned for the islands of Java and Sumatra.

Fabby said coal power projects in Indonesia are usually funded by China, Japan and South Korea. Since 2013, public funding from the three countries has accounted for more than 95% of total foreign funding for coal-fired power plants.

“China already said it would no longer fund coal-fired power plants last September. The same goes for South Korea,” he told local media.[So] the option is to seek new sponsors and commercial funding outside of these three countries.

FEEDBACK: Use this form to send a message to the author of this message. If you want to post a public comment, you can do so at the bottom of the page.