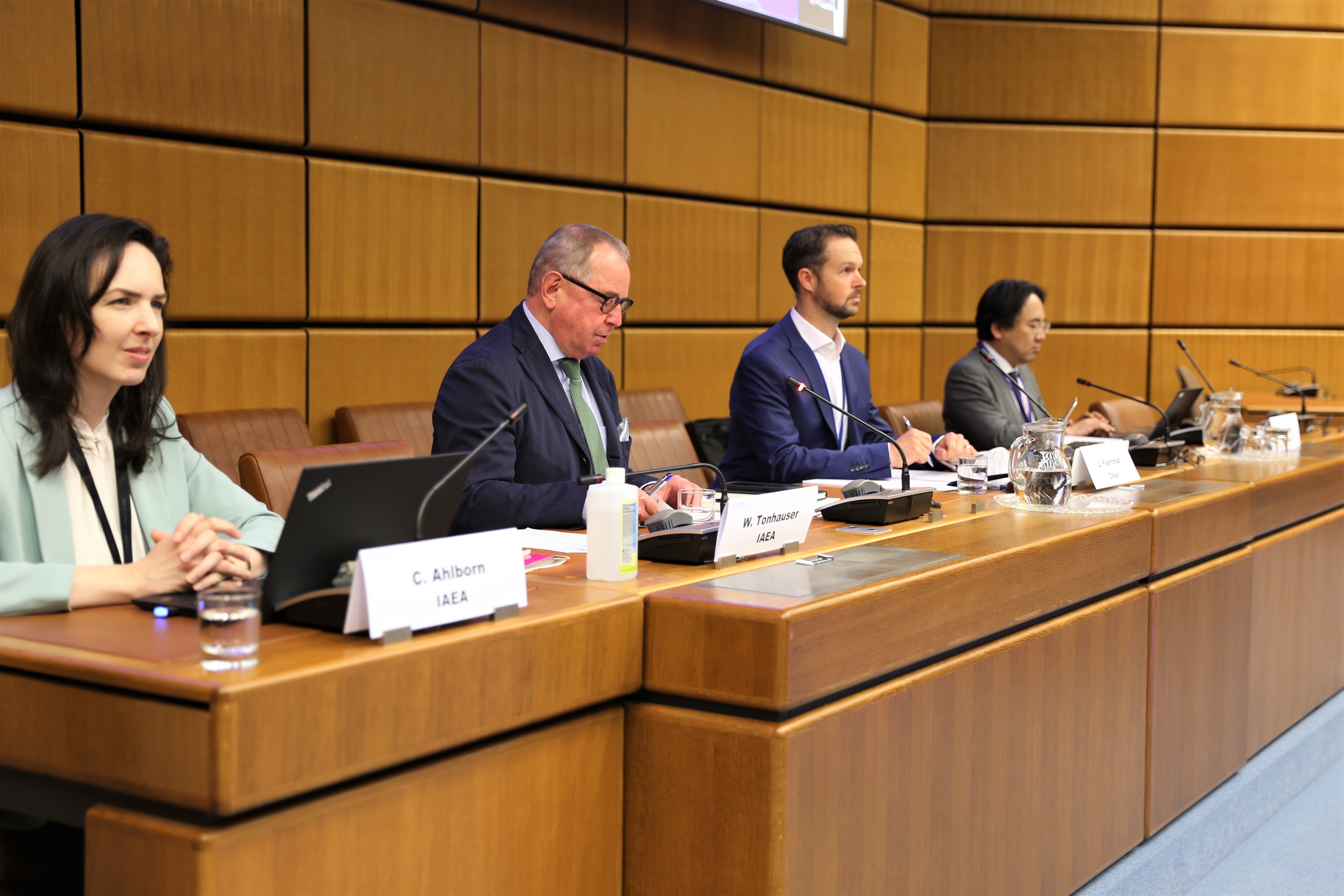 Contracting Parties and Signatories to the Convention on Supplementary Compensation for Nuclear Damage (CSC) met for their second meeting since the CSC entered into force in 2015. The IAEA, which had previously agreed to the Parties’ request to the CSC to act as the secretariat, hosted the meeting from May 31 to June 2, 2022. At the June 2019 inaugural meeting of CSC parties and signatories in Ottawa, Canada, participants agreed that meetings should take place regularly.

The second CSC meeting encouraged dialogue between contracting parties and CSC signatories on implementation issues and collaboration to promote participation in CSC worldwide. “There is a unique opportunity here and now. Nuclear has, for the first time in more than a decade, entered the public discourse as a key technology to support climate change and zero emissions goals. Despite this momentum created by the drive for clean energy and energy security, a fundamental aspect of international nuclear law, the fabric of the nuclear liability treaty, remains a patchwork of relationships between countries,” said Jamie Fairchild of Canada, who chaired the meeting. He pointed out that “it’s a great place in the narrative to discuss the challenges we have and to work as a community.”

The CSC was adopted under the auspices of the IAEA in 1997 and currently has 11 Contracting Parties and 11 Signatories. The Convention aims to serve as an “umbrella” for all countries that are parties to one of the existing international conventions on civil liability for nuclear damage or that have put in place national legislation in accordance with the principles underlying these conventions. .

Wolfram Tonhauser, Chief of the Nuclear Law and Treaties Section in the IAEA’s Office of Legal Affairs, explained in his opening remarks that “CSC is an important element in establishing a global regime for civil liability for nuclear damage”. Referring to the 2012 recommendations of the International Nuclear Liability Panel (INLEX) on actions to facilitate a global nuclear liability regime, Tonhauser noted that “the CSC establishes treaty relations between states that belong to the Paris Convention, the Vienna Convention or none, while leaving intact the common protocol which establishes treaty relations between the States members of the Paris Convention or the Vienna Convention. The CSC is also considering an international fund to supplement the amount of compensation available for nuclear damage at the national level.

From 9 Contracting Parties and Signatories, 24 representatives attended the second SAC meeting, which was also partially open to observers and experts. Participants made presentations on their national nuclear liability regimes and discussed topics such as the operational aspects of the Supplementary Funding Mechanism and opportunities to broaden participation in CSC. The third meeting of the SCC will take place in Japan in 2023.