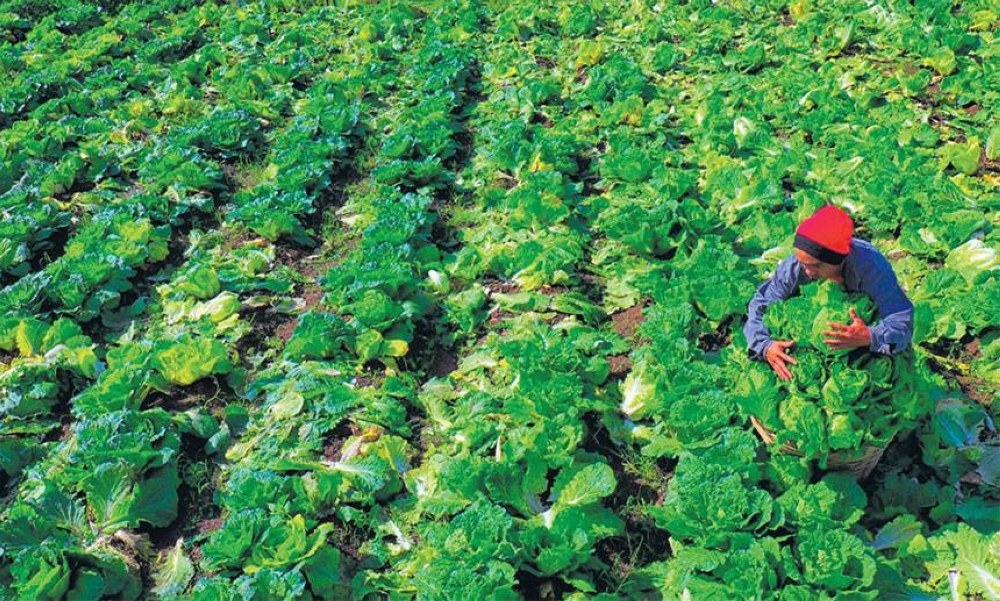 Building food systems that are resilient to the effects of climate change is one of the priorities of the Ministry of Agriculture. CONTRIBUTED PHOTO

The Ministry of Agriculture (DA) has allocated 24 billion pesos to establish climate-smart agriculture and food systems over the next three years.

Agriculture Secretary William Dar said the DA is committed to investing in integrating climate resilience into the heart of all its programs and activities, allocating more than $480 million (about $24 billion). pesos) to climate change from 2022.

This commitment was made during the first Agriculture for Innovation (AIM) for Climate Virtual Ministerial Meeting, held on February 22 in Dubai, United Arab Emirates.

More than 30 member countries attended the ministerial meeting, including the United States, Canada and Japan.

AIM for Climate was first launched in November 2021 at the United Nations Climate Change Conference (UNCCC) in Glasgow, known as the Conference of the Parties (COP26).

There, Dar delivered a statement of official Philippine support for the initiative and outlined the country’s economic agenda to build the resilience of Filipino farmers and fishers.

At this year’s AIM Ministerial Meeting, Dar took the opportunity to remind governments and policy makers of the urgency of accelerating agricultural research and development.

“In the Philippines, we at the OneDA Family have focused our climate change and resilience program on strengthening agricultural research for development – ​​including establishing biotechnology centers for crops, livestock and fishing,” he said.

Dar said the “OneDA family” is also committed to providing credit and insurance for the establishment of climate-proof facilities, as well as distributing farming and fishing cards for help farmers and fishermen in the fight against climate change.

“We aim to implement these plans through knowledge exchange, uptake of science and public-private partnerships,” he added.

The DA is also expanding and supporting its core flagship climate program, dubbed AMIA or Adaptation and Mitigation in Agriculture Initiative.

To date, 130 AMIA villages have been established across the country, said Alice Ilaga, director of the DA’s Climate Resilient Agriculture Office (CRAO).

She said that under the “Balik Probinsya” inter-agency program, the DA uses the AMIA village approach, allocating 1 billion pesos for 2021 and 2022.

“The department will continue its initiatives to reduce the impact of climate change through its CRAO, particularly in the creation of several AMIA villages in vulnerable regions,” Dar said.

“We need to introduce adaptation and mitigation measures for communities rather than individual farmers and fishers, where communities facing similar climate risks receive an integrated and tailored support service,” he said. he adds.