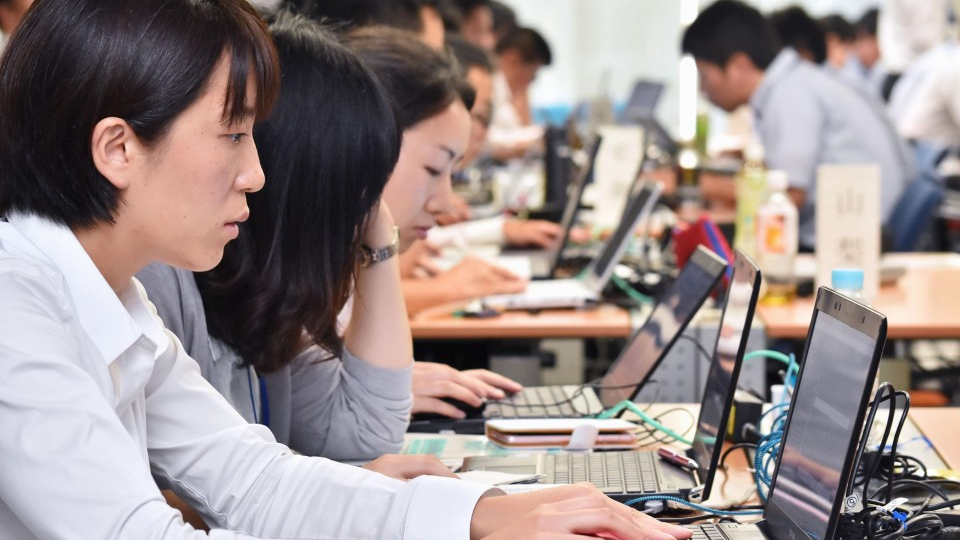 More than 50% of respondents to a government survey said they believe public safety in Japan has deteriorated over the past 10 years, with many worrying about online fraud and cybercrime , according to results released in March.

While 85.1% of respondents said they felt Japan was a safe and peaceful place to live, 10.1% said they thought public safety had “deteriorated” over the past the last decade and 44.5% thought it had gotten “somewhat worse”, according to the Cabinet Office survey.

Police cybercrime investigators compete in a computer and security skills competition in August 2017 in Yokohama, near Tokyo. (Kyodo)

Asked in a multiple-response question about where respondents think they or their loved ones might be victims of crime, “online spaces” topped the list at 53.9%, followed by ” in the street” at 50.7% and “downtown areas”. at 47.9 percent.

In another question about crimes that respondents particularly want the police to crack down on, 41.3% referred to cybercrimes such as unauthorized online access and phishing scams.

The postal survey conducted between December 2021 and January 2022 targeted people aged 18 or over with Japanese nationality. It drew responses from 1,790 people.

Amid the spread of COVID-19 and the increasing digitization of services, 52.6% of respondents highlighted “fraud and commercial scams” in a multiple-choice question about the types of crimes they were suspicious of. more, followed by “cyber crimes, including phishing scams and unauthorized online access” at 52.3%.

According to Gallup, Japan ranked eighth in a 2020 poll that surveyed people’s sense of safety and trust in local law enforcement in 115 countries and regions.

The placement linked Japan to countries such as Canada, South Korea and Indonesia. Norway leads the ranking, while China and Taiwan rank second and fourth respectively.