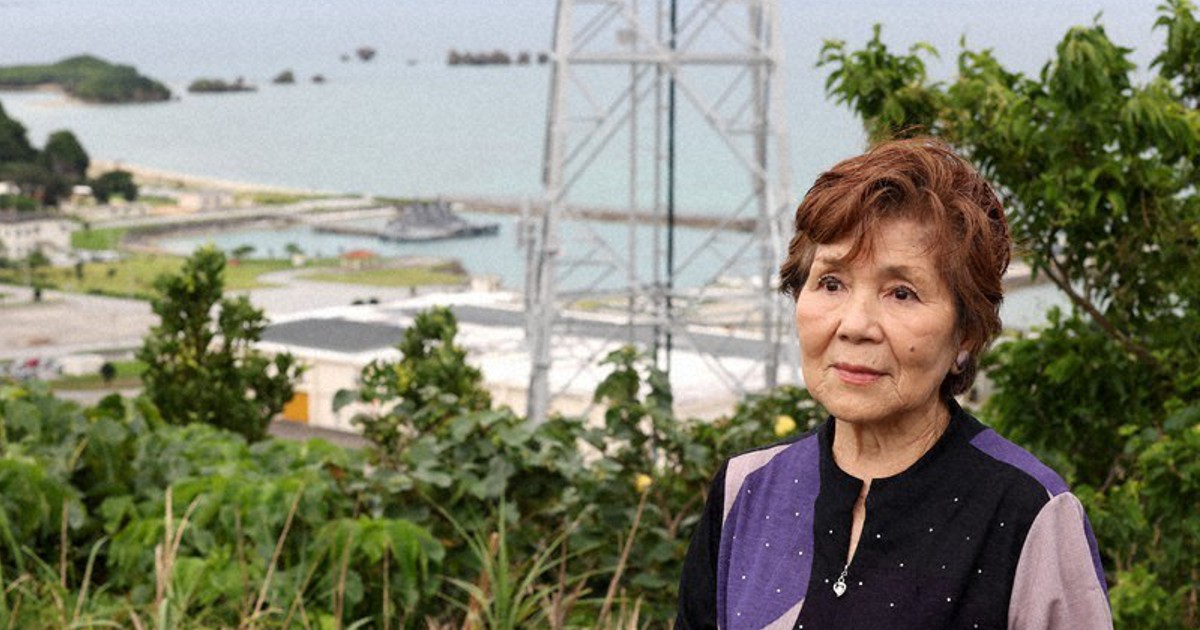 NAHA – The 1945 Battle of Okinawa claimed the lives of approximately one in four islanders, but the suffering of Okinawans did not end there. Over the next 27 years of American rule, local women were subjected to a storm of sexual violence by American military and civilian personnel, with at least 310 reported cases.

These 310 cases were confirmed by a group of citizens in an investigation covering the years from 1945 to the return from Okinawa to Japan in 1972.

“Women who are victims of sexual violence and those around them suffer for the rest of their lives. They cannot let things go as if nothing has happened,” says Mitsue Tomiyama, 80, a resident of Uruma , Okinawa Prefecture, which chronicled the incidents.

Tomiyama was 3 years old at the time of the Battle of Okinawa between Imperial Japan and the United States in the final months of the Pacific War. Carried on her mother’s back, she took refuge in a natural cave during the American attacks. After the war, the American military base at White Beach opened near her home in the village of Katsuren, now part of Uruma. She remembers the bells ringing when American servicemen were seen heading towards the village from the base.

Her father was deployed to Bougainville Island in Papua New Guinea during the war and did not return for some time after it ended. His grandmother painted her face black and held a sickle to avoid being assaulted by the Americans, and hid Tomiyama and his mother under the floor of their house in the neighborhood of shabby wooden houses. They could hear the footsteps of men entering the house next door, followed by angry shouts in English, then shouting.

Under American rule, American forces in principle had the exclusive right to investigate and prosecute crimes committed by American military personnel and their affiliates. It was therefore very difficult for the Okinawa police to arrest them unless they were caught in the act.

When Tomiyama was in elementary school, a third-year high school student living in her neighborhood died on her way to school after jumping from an American military truck that had taken her away. She was apparently trying to escape a sexual assault. The girl’s mother was extremely proud of her only daughter, as only a handful of excellent students could get into high school at the time. The girl’s father had died in battle.

Tomiyama also feared for his own safety. After going to a party at a local hall for students who had passed high school entrance exams, she was walking down a street at night when she noticed a US serviceman following her on horseback. She ran to a nearby private home and was safe. “I was so scared. I could feel the strange look on the American’s face.”

In the 1950s, entertainment districts where prostitution was essentially gratuitous sprang up around US military bases. Random attacks on local women declined, but in their place came the murders of bar and restaurant hostesses. There were also catering establishments around the White Beach base serving American personnel. In this neighborhood where the “grassroots economy” was thriving, victims of sexual violence and their families lived as if in hiding from the community.

After returning from Okinawa to Japan, Tomiyama worked for a local welfare council, delivering “bento” boxed meals to elderly households once a week and checking on their safety. One of his clients was the mother of the high school student who died jumping from the American military truck. When Tomiyama delivered a bento to her, she placed it on the Buddhist altar and said to her dead daughter, “Yum, yum, right? She never took a bite of food for herself. The view was heartbreaking every time.

Since Okinawa returned to Japan, crimes targeting local women have continued. In September 1995, a young girl was raped by two US Marines and a US sailor. “Even after returning from Okinawa, nothing has changed,” Tomiyama thought at the time. With knowledge, she started a women’s group to fight the presence of American bases and created a timeline of sex crimes committed by American military personnel and personnel after World War II.

The timeline contains sources for each crime, such as public records, books, newspaper articles, and testimonies. Content was updated whenever a new incident occurred or new resources and testimonials were acquired. In the 12th edition of the timeline released in 2016, the number of crimes reached 360, including some involving people Tomiyama knows personally.

In May this year, a US Marine was sentenced to prison for rape causing bodily harm after he attempted to sexually assault a foreigner in Naha. Fifty years after Okinawa returned to Japan, the crimes that violate women’s human rights have shown no signs of abating.

This year, Tomiyama’s group plans to release a new edition of the Sex Crimes Timeline. “Some assailants simply return to their normal lives without being punished even after committing a crime. By recounting each case, we would like to demonstrate that we have not forgotten,” Tomiyama said.