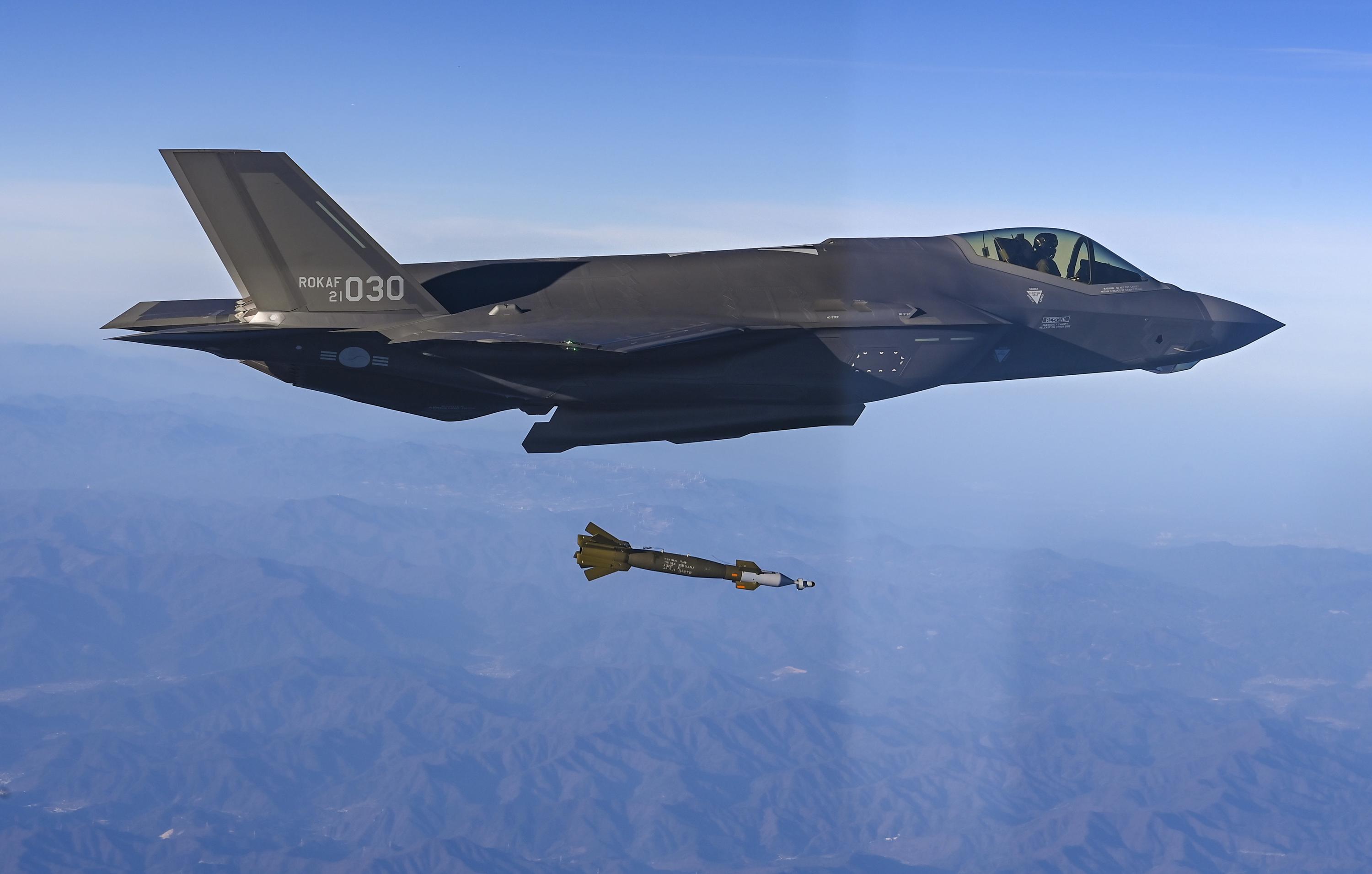 While it’s unclear whether North Korea has any functioning nuclear missiles, some experts say Friday’s launch involved its longest-range missile, which is still under development and is designed to carry multiple nuclear warheads. to defeat US missile defense systems.

North Korea’s recent series of searing weapons tests are aimed at advancing its nuclear arsenal and winning greater concessions in future diplomacy. It comes as China and Russia have opposed US moves to toughen UN sanctions aimed at curbing North Korea’s nuclear program.

The United States quickly condemned the launch and pledged to take “all necessary measures” to ensure the security of its territory and its allies South Korea and Japan. Vice President Kamala Harris met with leaders from those countries and Australia, Canada and New Zealand who are attending a regional forum in Bangkok to discuss the launch.

“We again call on North Korea to end further illegal and destabilizing acts. On behalf of the United States, I reaffirm our ironclad commitment to our Indo-Pacific alliances,” Harris said at the start of the meeting. “Together, the countries represented here will continue to urge North Korea to engage in serious and sustained diplomacy.”

The South Korean Joint Chiefs of Staff said it detected the ICBM launch from the North Korean capital area around 10:15 a.m. Japan said it appeared to be flying on a high trajectory and landing at the west of his island of Hokkaido.

Japanese Defense Minister Yasukazu Hamada said that depending on the weight of a potential warhead, the missile had a range of over 15,000 kilometers (9,320 miles), “in which case it could cover the entire American continent”.

Kwon Yong Soo, a former professor at Korea National Defense University in South Korea, said he believed North Korea had tested a Hwasong-17 development missile, which he said can carry three to five nuclear warheads and fly up to 15,000 kilometers (9,320 miles). .

North Korea has two other ICBMs – Hwasong-14 and Hwasong-15 – and their test launches in 2017 showed they could potentially reach part or all of the American homeland, respectively. But Kwon said North Korea needed a longer-range missile like the Hwasong-17 that could fly a longer route to the US mainland to evade current US missile defense systems.

The exact status of North Korea’s nuclear and missile technologies is shrouded in secrecy.

Chang Young-keun, a missile expert at Korea Aerospace University in South Korea, said North Korea had shown its missiles had ICBM-class flight ranges, but had yet to publicly prove that the warheads would be able to survive the harsh conditions of atmospheric re-entry. Some experts believe that North Korea probably acquired such technologies.

Chang said Friday’s launch was a success and flight details indicated it was the same type of missile North Korea tested in March, when North Korea claimed to have launched a Hwasong-17, but South Korea insisted it was a Hwasong-15.

US National Security Council spokeswoman Adrienne Watson said the launch “unnecessarily raises tensions” and shows that North Korea is prioritizing illegal weapons programs over well-being. to be of his people. “Pyongyang must immediately cease its destabilizing actions and choose diplomatic engagement instead,” Watson said.

In his opening remarks at the meeting in Bangkok, Japanese Prime Minister Fumio Kishida called the launch “completely unacceptable”, saying the missile fell inside Japan’s exclusive economic zone to the west. from Hokkaido. South Korean Prime Minister Han Duck-soo said the international community must work together to make North Korea realize that each of its provocations only worsens its international isolation and economic hardship.

The exercises “showed that we are firmly resolved to deal with an ICBM launch and any other provocations and threats posed by North Korea, as well as the overwhelming ability and willingness of allies to launch strikes. precision on the enemy,” South Korea’s Joint Chiefs of Staff said. said in a statement.

Japan and the United States held separate joint exercises involving their fighter jets in response to the North Korean launch, according to the Japanese Defense Ministry.

In recent months, North Korea has carried out dozens of shorter-range missile tests that it has described as mock nuclear attacks against South Korean and American targets.. On November 3, North Korea also launched a suspected Hwasong-17 missile, but experts say the weapon failed to fly as intended and fell into the ocean after a stage separation.

North Korea halted weapons launches for about a week before firing a short-range ballistic missile on Thursday. Ahead of the launch, North Korean Foreign Minister Choe Son Hui threatened to launch “more ferocious” military responses to moves by the United States to strengthen its security commitment to South Korea and Japan.

Choe was referring to President Joe Biden’s recent meeting with Yoon and Kishida on the sidelines of a regional rally in Cambodia. In their joint statement, the three leaders strongly condemned North Korea’s recent missile tests and agreed to work together to strengthen deterrence. Biden reaffirmed the United States’ commitment to defending South Korea and Japan with a full range of capabilities, including nuclear weapons.

Choe did not describe what action North Korea might take, but said “the United States will be well aware that they are playing, which they will certainly regret.”

North Korea sees the US military presence in South Korea and Japan as evidence of US hostility. He said his recent series of weapons launches were a response to what he called provocative military exercises between the United States and South Korea.

North Korea was feared to conduct its first nuclear test in five years as the next major step in building up its military capacity against the United States and its allies.

North Korea has been subject to several rounds of United Nations sanctions for its previous nuclear and missile tests. But no new sanctions have been applied this year because it has carried out dozens of ballistic missile launches, prohibited by UN Security Council resolutions.

China and Russia, two of the Security Council members with veto power, oppose the new UN sanctions. Washington is locked in a strategic competition with Beijing and a confrontation with Moscow over its invasion of Ukraine.

The UN Security Council has scheduled an emergency meeting for Monday morning on the launch of the missile at Japan’s request.

Guterres also called on North Korea to comply with Security Council resolutions banning ballistic missile launches and to take “immediate steps to resume dialogue leading to lasting peace and the complete and verifiable denuclearization of the Korean Peninsula.” “Haq said.