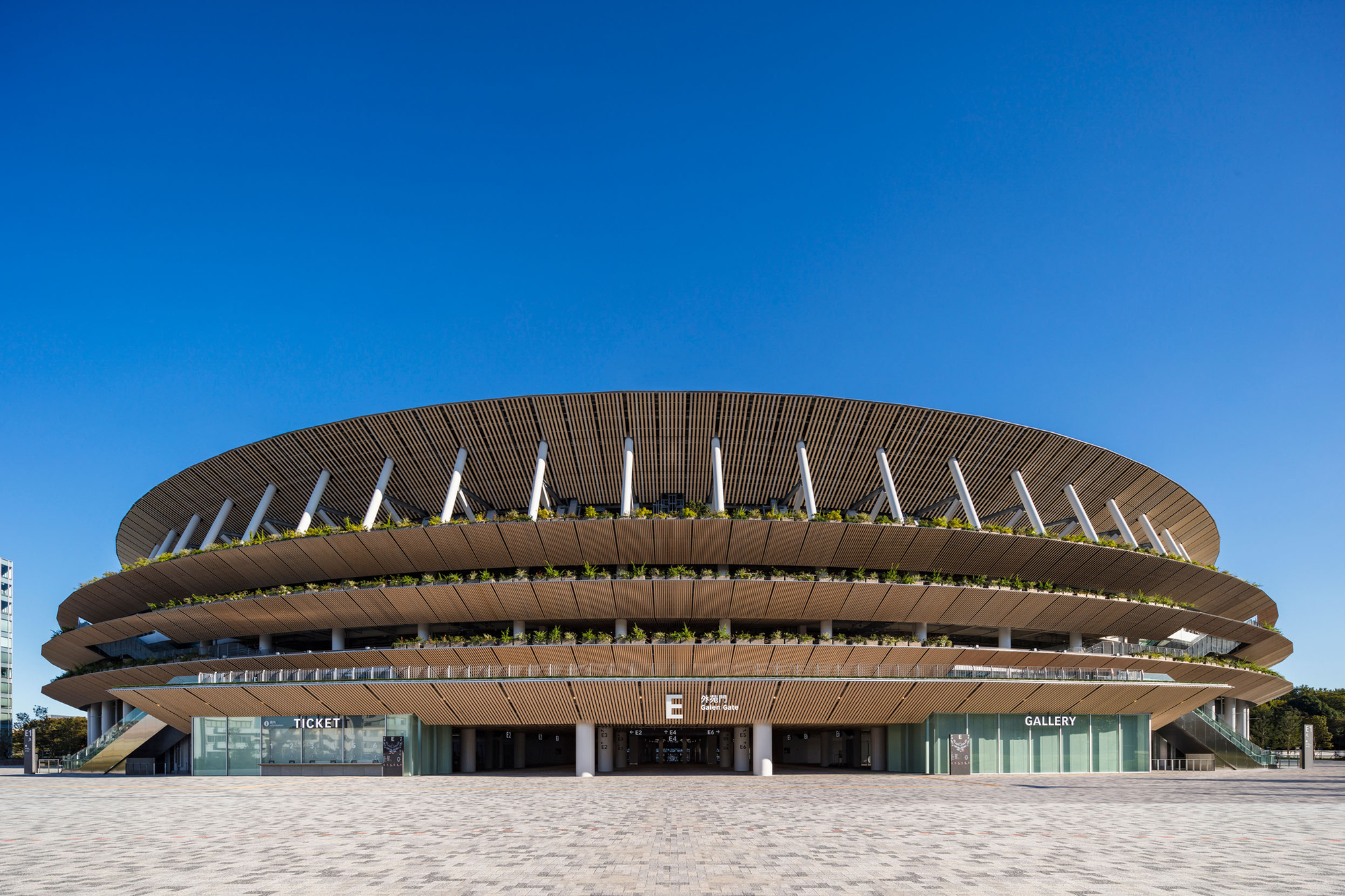 Japanese-style stadium, blending into the forest surrounding the Meiji Shrine – The exterior of the new national stadium incorporates Japanese character with multi-layered â€œeavesâ€. Gutters are a component of traditional Japanese architecture, an established structure rooted in the Japanese climate. They help to create an architecture that respects the environment by blocking out sunlight and bringing a pleasant breeze to the stands.

In addition, in order to blend in with the rich greenery of the outdoor garden of the Meiji Shrine, the height of the stadium is minimized and the eaves are vegetated with native species. The large flat roof is cantilevered, made up of about 60 m long frames of domestic timber and steel. This world-class stadium combines Japanese tradition, climate and technology.

Improved thermal environment for stands using wind – “Kaze no Obisashi (large wind eaves)” improves the thermal environment of the stands and the pitch by effectively bringing in the seasonal wind, while removing heat and humidity from inside the stadium from above. The spacing (opening ratio) between the eaves trusses varies according to the orientation of the building. The south-southeast side is narrower to catch the summer breeze and direct it towards the grandstands, while the north side is wider to deflect the wind in winter and direct it towards the interior of the roof.

In search of superior structural performance and handling – In order to achieve superior quality and durability during the limited construction period, the cantilever roof and brackets are made of a simple steel frame, made of the same structure repeated in the circumferential direction. . Prefabricated materials were widely used for the foundation and spectator seats. Using a soft damping structure on the first stage, the soft lower level with oil dampers effectively absorbs seismic energy.