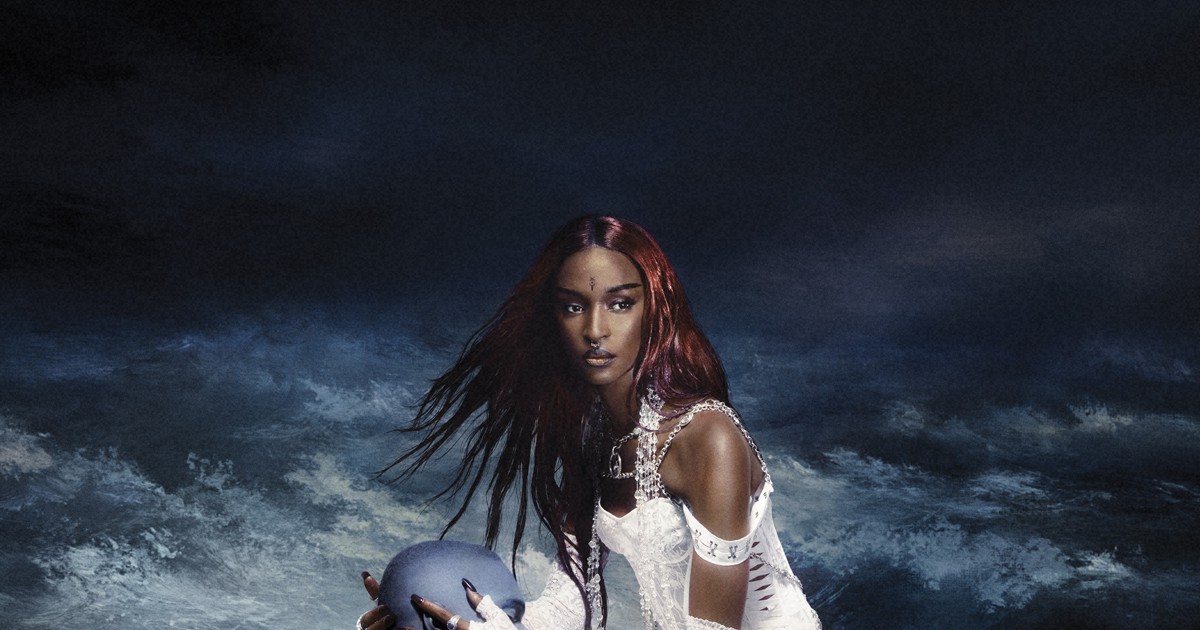 (AP) – “IOTA” by Lous and the Yakuza (Columbia Records/Sony Music)

Lous and the Yakuza peeled away the pain and drama of their autobiographical debut album, “Gore,” to reveal a space of love and playfulness on its follow-up, “IOTA.” The Congolese-Belgian singer and songwriter doesn’t describe Her music-making process as therapeutic as some might think, it’s just her way of expressing herself and she shows how to do just that on her second album.

Her latest attempt explores a fresh new tone as she explores softer themes in her music. The singer known for weaving effortlessly through trap, R&B, and pop lets her romantic and whimsical side shine through in “IOTA,” giving us a richer picture of the artist who will soar into international stardom.

Born Marie-Pierra Kakoma, the captivating performer behind Lous and the Yakuza has such a strong vision of herself and her music that she even has her own symbol: two hands raised to the sky, which she paints on herself. She alludes to the symbol in her album opener, “Ciel” meaning heaven, where she sings about spirituality with whispered vocals and soothing harmonies. The album is driven by love. Kakoma longingly sings about his love like a treasure in the pop song “Tresor” and includes a cinematic ballad that could play during an edit of a love story in an independent French film.

Kakoma sets his ode to love in an anime dream world. Kakoma is a longtime anime and manga fan, and she happily talks about her collection on TikTok. For “IOTA,” Kokoma drew inspiration from the works of anime greats like Studio Ghibli and “Paprika” director Satoshi Kon. The music video for “Monsters,” a song about living with life’s problems, is his version of “My Neighbor Totoro” and “Spirited Away.”

Kakoma isn’t shy about sharing what she overcame to get where she is today. Kakoma fled war in the Congo at the age of 4 before moving to Belgium and then faced homelessness in his early days as an artist. Today, the Louis Vuitton muse’s French songs have transcended language on the music charts with millions of streams.

Kakoma’s love for Japanese culture goes beyond anime and manga. It’s in his name. The name Lous is an anagram for “soul”, and Yakuza comes – not for the Japan-based crime syndicate – from the word “loser”. She said she wanted Yakuza to be the name of her group to give credit to those working behind the scenes to support her.

One of his longtime friends, the Congolese-Belgian Damso, appears on the album in “Lubie”. In the almost lullaby-like song, Kakoma sings “I want to tell you that I love you” and Damso plays it as a duet. It also features French rapper Benjamin Epps in his song “Stop” which opens with a strong French rap flow and hard synth build.

The song is followed by “Interpol”, where Kakoma sings that his “feelings are his instruments”. It is with these instruments that she takes us all the more into her universe Lous and the Yakuza.