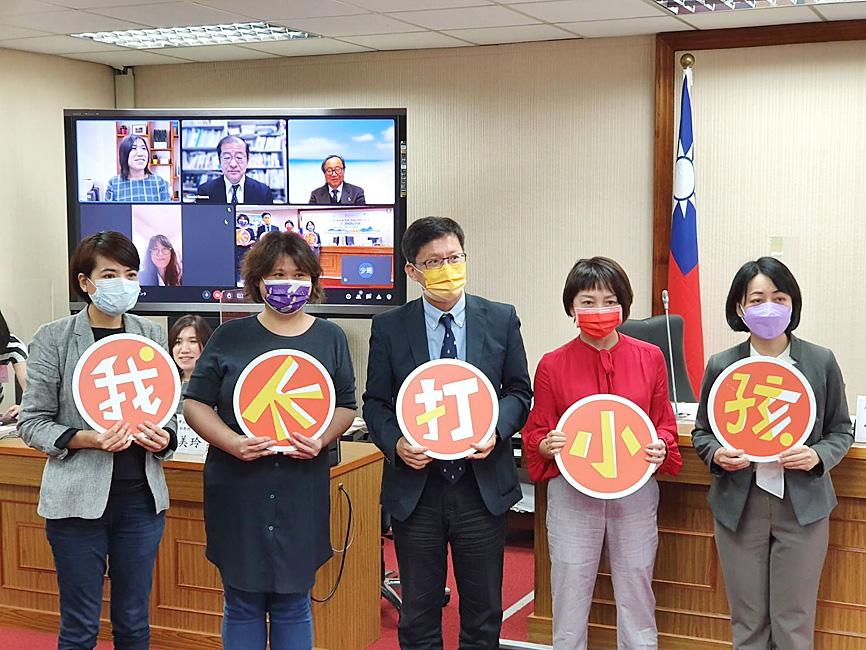 More than three-quarters of Taiwanese support changing laws to ban corporal punishment in the home, the Humanistic Education Foundation said at a press conference on Tuesday.

A survey conducted by the foundation showed that 39.2% of parents discipline their children using corporal punishment, 66.3% scold their children and 56.3% dispense other forms of punishment.

The survey also showed that 96.5% of parents teach their children by reasoning or communicating with them.

The majority of parents support banning corporal punishment in the home, with 24.1% being very supportive and 53.6% agreeing if there are supports in place, according to the survey.

Most parents advocate a support system that can help improve their parenting skills, according to the survey.

The main barriers most parents face are long childcare hours and being torn between work and childcare, the foundation said.

This requires concrete action from the government to help reduce the pressure on parents, he said, adding that other countries have enacted laws banning corporal punishment in the home to reduce incidents of child abuse. children, including Japan and South Korea, which passed such laws in 2020 and last year respectively.

Akito Kita, a professor at Waseda University and an expert in pedagogy and education law, told the press conference that Japan enacted a “Child Abuse Prevention Law” in 2019 and amended its “Child Protection Act” in 2020 prohibiting parents and legal guardians from inflicting corporal punishment in the name of discipline.

Japan is also drafting amendments to its civil law to abolish the disciplinary rights of parents and legal guardians, he added.

Comments will be moderated. Keep comments relevant to the article. Remarks containing abusive and obscene language, personal attacks of any kind or promotion will be removed and the user banned. The final decision will be at the discretion of the Taipei Times.