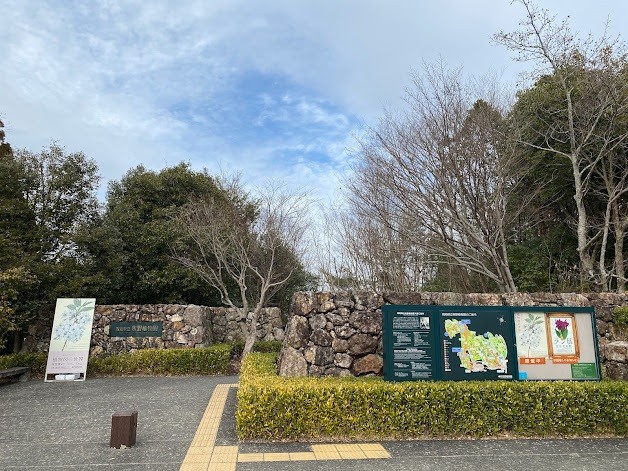 The Makino Botanical Garden in Kochi Prefecture at Mount Godaisan consists of a herbarium where plant specimens are kept, a conservatory with rare varieties of foreign flora, a botanical garden, a greenhouse, permanent and seasonal exhibition halls and a café-museum with a shop.

The architecture, made of durable materials, blends harmoniously into its environment. The spiral-shaped entrance area is particularly striking. The installation pays homage to the botanist’s life and showcases the wonders of the plant kingdom he cherished so much.

I have never met a real living and breathing botanist. What exactly does a botanist do anyway? They study plants. OK, I suspected that. But how do they pay their bills and make a living? Well, if there is a will, and you are exceptional, there is a way.

Makino, the son of a wealthy sake brewer, was born in Kochi Prefecture in 1862. His parents died early and his grandmother raised him. Although he had only two years of schooling, Makino was passionate about plant biology and spent most of his waking hours walking in nature, collecting and drawing plants.

Luckily for Makino, he had his grandmother, who bought him books on flora which he seriously studied.

At 18 he wrote his first academic paper, and at 19 he left Shikoku and went to Tokyo to buy books and a microscope. Predictably, he was inspired, returned to Kochi, packed his bags and ended up in Tokyo.

At the age of 24, Makino began making occasional trips to Tokyo, and he could often be found in the botany study hall of Tokyo Imperial University. Although he was not a registered student, he had access to the school’s research facilities.

A talented artist and perfectionist, he studied specimens with magnifying glasses and microscopes and created faithful illustrations with an uncompromising attention to detail. I dare say that no photograph today can do such justice to his drawings. He was later employed by the university, working there for nearly 50 years.

On the other hand, he exhausted his family’s fortune in pursuit of his passion. His profession did not help his financial situation. He married in 1890 and later had 13 children. His supportive wife helped the family financially to make ends meet.

Together they built a house in the middle of Musashino forest (in what is now Nerima district), where he lived, worked and stored his treasures until his death at age 94.

In 1940, after the end of his tenure as a lecturer at the Imperial University of Tokyo, he published the encyclopedic work “Makino’s Illustrated Flora of Japan”, which is still the reference tome for researchers and botanists.

This article by Washington-born, Tokyo-based photographer Lisa Vogt originally appeared in the May 1-8 issue of Asahi Weekly. It is part of “Lisa’s Wanderings Around Japan” series, which depicts various locations across the country through the perspective of the author, a professor at Meiji University.