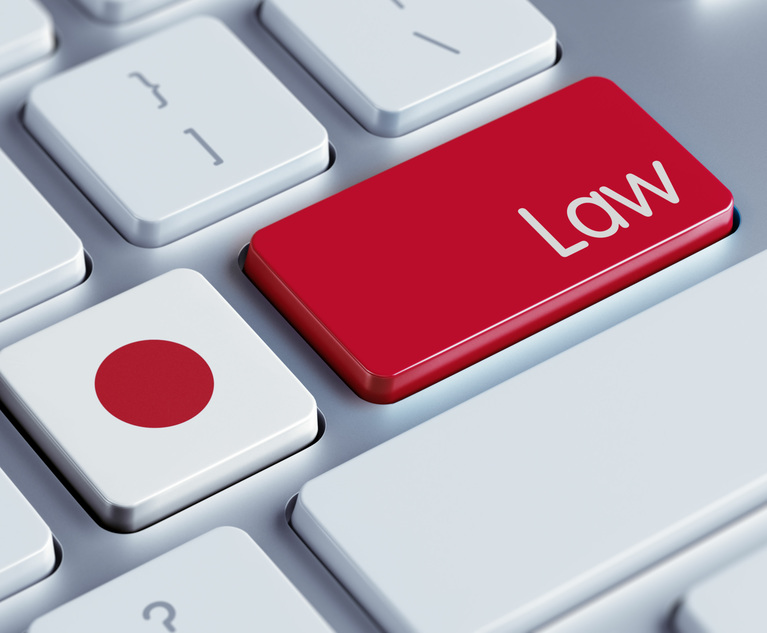 Japan’s largest law firms—Nishimura & Asahi; Nagashima Ohno and Tsunematsu; Mori Hamada & Matsumoto; and Anderson Mōri & Tomotsune – continue to be monoliths in the Japanese market, dominating by the value of their transactions as well as the number of lawyers they employ. But one upstart company has positioned itself to be a contender, hoping to rival these companies, known as Japan’s “big four”.

“Four law firms are too few for the Japanese M&A market and I believe we are well positioned to be one of the biggest,” said Takushi Saito, partner at TMI Associates in Tokyo.

TMI Associates, a law firm best known for its intellectual property practice, has grown. Founded in 1990, it ranked fifth in Japan in terms of staff from 2010 to 2018, with more than 350 lawyers, according to data published by the Japan Federation of Bar Associations (JFBA). In 2019 and 2021, it ranked fourth, with over 450 lawyers and surpassing one of the big four.

And it’s not just about increasing the number of lawyers. TMI, which has six offices in Japan, 10 overseas, and has entered into a joint venture agreement with international firms Simmons & Simmons, Morgan Lewis & Bockius and Germany-based ARQIS Foreign Law Office, also captured a share of increasingly important Japanese mergers and acquisitions transactions. among Japanese and international companies.

In the two years before the COVID-19 outbreak, for example, TMI ranked 13th and 17th out of 20 Japanese and international law firms in number of deals, with less than 15 deals, according to data on mergers and acquisitions published by Bloomberg. But in 2020, it jumped to 5th place, with 60 transactions, and maintained this rank in 2021 with 88 transactions.

“TMI was founded in 1990 with around 20 people, including lawyers and support staff. But now it has a total staff of over 1,000,” said Aaron Patience, Simmons & Simmons’ Tokyo office managing partner. “He’s also made a number of high profile side hires over the years, particularly in the M&A area, and some very experienced heavyweights have been hired from places like Nishimura & Asahi.”

These hires include Masakazu Iwakura, a mergers and acquisitions and corporate governance specialist licensed to practice in Japan and the United States, who joined TMI as a partner from Nishimura & Asahi in January 2017.

Saito of TMI, an M&A partner, admits Japan’s big four still dominate the country’s M&A market and that’s not expected to change. But this market is growing very quickly and the four firms cannot keep up with demand, he said, adding that clients are increasingly asking his firm to advise them on their M&A transactions, including on mergers and acquisitions. Hostile takeover bids in which TMI primarily advised the Japanese Target Side.

Still, Japan’s big four, as a group, are tough to beat. They ranked among the top seven out of 20 domestic and global companies based on the total value of Japanese M&A deals concluded in 2021, reaching a combined median deal value of approximately $35 billion, or nearly half of the total market share, according to Bloomberg. Report on mergers and acquisitions. Before COVID, they ranked in the top five – with the combined median value of deals worth more than $50.7 billion – a total market share of 77%.

“The Big Four, which gained reputations in different practice areas at the beginning, evolved over the years into a single large amalgamated group with similar practices and capabilities,” said Nobuhisa Ishizuka, Executive Director of the Center for Japanese legal studies at Columbia Law School and former partner of Skadden, Arps, Slate, Meagher & Flom.

And the competition becomes even tougher when it comes to working abroad. While TMI leverages its joint venture-based contract network to support its Japanese customers outside of Japan, the Big Four retain full control of their integrated international network, Ishizuka said. Its joint venture partners Morgan, Lewis & Bockius and Arquis Foreign Law Office did not respond to a request for comment.

Nishimura & Asahi, the largest of Japan’s Big Four by headcount, is focused on Asia, particularly Southeast Asia, where each office has local legal advisory capacity, said Ryutaro Nakayama, managing partner of the firm in Tokyo. It acquired leading Thai law firm SCL Group in 2019 and entered into a formal legal alliance with Bayfront Law in Singapore in 2020. In these markets, the company can provide comprehensive local law service not only to Japanese customers but also to local customers, Nakayama said. It also has bases in Beijing, Shanghai, Hanoi, Ho Chi Minh City and Taipei.

Outside of Asia, Nishimura also has offices in Frankfurt, Dusseldorf and New York, although for now the The main objective of these outposts is to meet the needs of Japanese clients for timely first-hand information and accurate analysis of local law prior to an M&A deal, and to put clients in contact with top local law firms in those markets, Nakayama said.

As Japanese businesses have undergone a digital transformation in recent years, Nishimura has also sought to further expand its IP practice to meet increased needs for IP advice. The addition of Makiko Takabe, former Chief Justice of the Intellectual Property High Court, as counsel in October 2021, has strengthened the firm’s intellectual property capacity. The company also plans to further expand its energy practice, Nakayama said.

The other three of Japan’s Big Four – Nagashima Ohno & Tsunematsu; Mori Hamada & Matsumoto; and Anderson Mori & Tomotsune—declined to comment for this story.

Meanwhile, international law firms in Japan generally continue to be eclipsed by their Japanese counterparts in deal count, although some, like White & Case, have secured top spots in rankings based on the value of transactions, which is the case for many others. fewer cases, according to data from Bloomberg.

In the domestic M&A market, however, the Big Four, and more recently TMI Associates, lead in both value and number of deals, according to Japanese rankings. “International law firms in Japan don’t want to challenge the big four,” said Ishizuka of Columbia Law School, noting that they often work with the big four firms, especially on really big deals.

However, TMI is not softening his ambitions, especially outside of Japan. The company currently has 10 overseas offices, in Shanghai, Beijing, Yangon, Singapore, Ho Chi Minh City, Hanoi, Phnom Penh, Bangkok, Silicon Valley and London. It is now looking to expand its presence in Africa, the Middle East and Latin America, said co-founder Tomohiro Tohyama.

And it may not stop at mergers and acquisitions, according to Simmons & Simmons’ Patience.

“His asked for our help in developing his officiating practice,” he said.