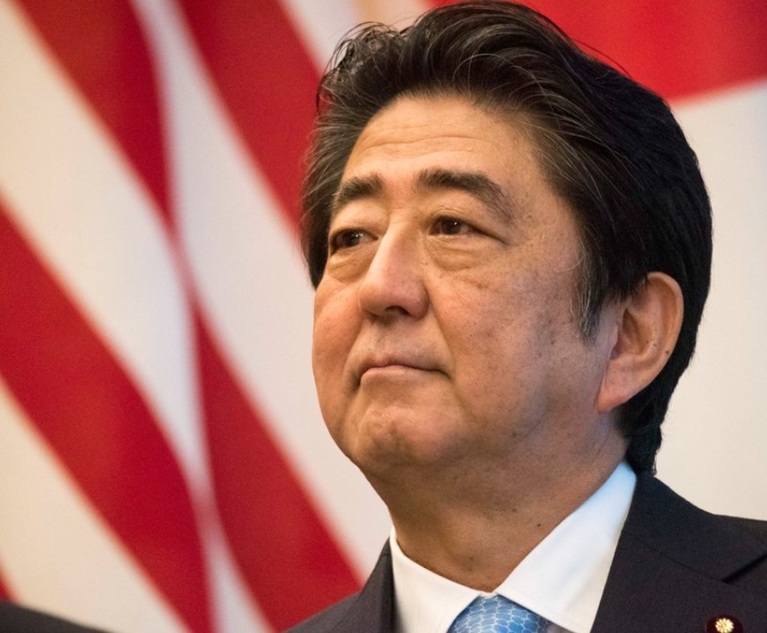 Lawyers across Asia have condemned the assassination of former Japanese Prime Minister Shinzo Abe, with the country’s top legal federation pledging to “work harder” to stamp out gun violence.

Abe was Japan’s longest-serving prime minister and served in the post from 2012 to 2020. During a public address on Friday in Kashihara, Honshu, he was shot twice by an assailant carrying an improvised firearm, which was quickly apprehended by the police.

Japan Federation of Bar Association President Motoji Kobayashi called the act a “serious attack on fundamental human rights and democracy”, adding in a statement: “From the perspective of our mission to to defend human rights and achieve social justice, the Federation expresses its firm indication in the face of this act of violence and hereby resolves to continue to work even harder from now on with the aim of guaranteeing the freedom of expression, in addition to carrying out our mission as advocates to eradicate this type of violent behavior and gun-related crime from our society.

Kazuhito Fukuyama, lawyer and former vice president of the Kyoto Bar on Twitter: “I am speechless. Whatever the reason, such a heinous act cannot be tolerated. We must not turn into a society where people cannot speak freely. I sincerely pray that the soul of former Prime Minister Shinzo Abe rest in peace.

During his tenure, Abe has worked to foster strong relationships with his Asian counterparts, particularly in Southeast Asian countries. In 2016, he became the first leader to speak of the “free and open Indo-Pacific vision”, with the aim of forging closer ties with these nations. And in India, Abe was particularly revered, having formed a personal relationship with Prime Minister Narenda Modi.

Vivek Kathpalia, Managing Director in Singapore of one of India’s leading law firms, Cyril Amarchand Mangaldas, wrote on his LinkedIn page: “Rest in peace Abe-san. He was a great supporter of Indo-Japanese relations. 9e July will be an official day of national mourning in India. We will miss him.”

Intellectual property law firm Rouse posted a page online saying the firm was “shocked to hear the news of Abe’s death”. He added, “We send our condolences to the Japanese people, to our Japanese customers and friends.”

Abe’s reign was perhaps attributable to Japan’s increasing investment in Southeast Asia, which encouraged Japanese law firms to move in this direction. In recent years, Japan’s Big Four law firms – Nishimura & Asahi, Mori Hamada & Matsumoto, Nagashima Ohno & Tsunematsu, and Anderson Mori & Tomotsune – have all opened offices in the region and continue to expand into the region to support the Japanese. companies, banks and trading houses with interests there.