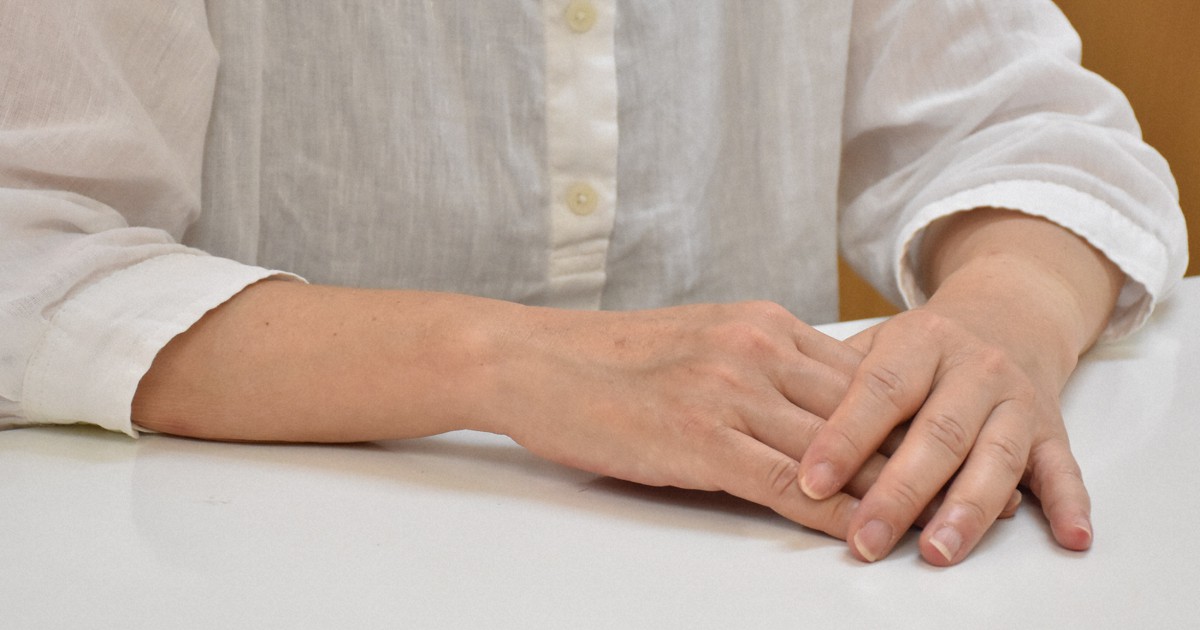 KOBE — Sexual violence within families is said to be hard to notice. A Japanese woman in her 50s, who suffered from not being able to talk to anyone after being sexually abused by her uncle at a young age, told the Mainichi Shimbun she feared losing her financial support if she spoke out.

The woman’s parents divorced when she was only 5 years old. She had two siblings, and while her younger sister stayed with their mother and aunt, the woman and her older brother were taken in by their father. They were both beaten and kicked by their father daily. The police did not respond even when the two complained about their situation. A neighbor reported the abuse and a counseling center for children took care of them. The two spent about six months in an orphanage, and when the woman was 9 years old, they were taken in by their uncle and his wife residing in western Japan.

The woman thought she could finally live a peaceful life, but her hopes were dashed a year later. During dinner, she was unilaterally scolded by her uncle and forcibly kissed by him when she rushed to her room on the second floor. Her body stiffened when she was told, “Don’t ever tell anyone about this. After this incident, her uncle touched her chest over her clothes and watched her take a bath. However, the woman could not ask those around her for help and wrote down her true feelings in her diary.

After graduating from high school, the woman left her uncle’s house and started living alone in Osaka. As an adult, she drank alcohol until she lost her memory. A friend asked him, “Why are you hurting yourself so much?” and for the first time she realized she was still hurting from being sexually assaulted in the past.

The woman felt small when she lived with her uncle and kept telling herself that she was a “nuisance” for others. She remembers thinking, “I’m (financially) supported, so if I tell anyone, I won’t be able to go on living.” She kept her mouth shut because she couldn’t trust her brother, her teachers at school, or the police.

A turning point came in her late twenties, when her younger sister, whom she hadn’t kept in touch with, suddenly called her and told her how she had been sexually abused by their aunt’s husband. “Actually, me too,” the woman said, for the first time in her life, to someone about her past. The woman accompanied her sister to a psychiatrist for advice, and gradually it became possible for her to be honest with herself.

She has been participating in a self-help group for victims of sex crimes for seven years in Hyogo Prefecture, listening to the stories of people who have suffered in similar situations. Regarding sexual abuse from parents or guardians, the woman explained, “Children are innocent and watch over the mood of adults. Even though they want to express their true feelings, most of the time they refrain from talking because they think it will cause trouble for others.”

In 2017, the provisions of the Japanese Penal Code regarding sexual crimes were revised for the first time in 110 years, with the introduction of harsher penalties and the establishment of crimes such as indecency by a person in custody. a person under the age of 18 and sexual intercourse by a person. Have custody of someone under 18. Under the new rules, whether or not there is violence or intimidation, it is a crime for perpetrators to abuse their position as a parent or guardian to engage in sexual acts with a child under 18. year. .

Since 2018, there have been about five cases of custodial sex of a person under 18 detected in Hyogo Prefecture. In 2021, a record 12 cases of indecency by a person with custody of a person under the age of 18 were detected, an increase of six cases from the previous year.

According to the prefectural police, about half of the cases of sexual violence within families are known through reports from the counseling centers for children. Since guardians, including parents and adoptive fathers, are able to manage the overall lives of victims, the prefectural police analyzed, “It is psychologically difficult for victims to raise their voices, and therefore (l sexual abuse) is hard to notice”. It is also apparently difficult to arrest perpetrators as victims at a young age often do not realize that they are being sexually abused.

In Hyogo Prefecture, the Kobe-based Hyogo Victim Support Center public benefit association operates a one-stop counseling service. People can contact the support center on 078-367-7874 to receive consultations on weekdays from 9 a.m. to 5 p.m.

Germany and Japan rethink nuclear exit after war in Ukraine