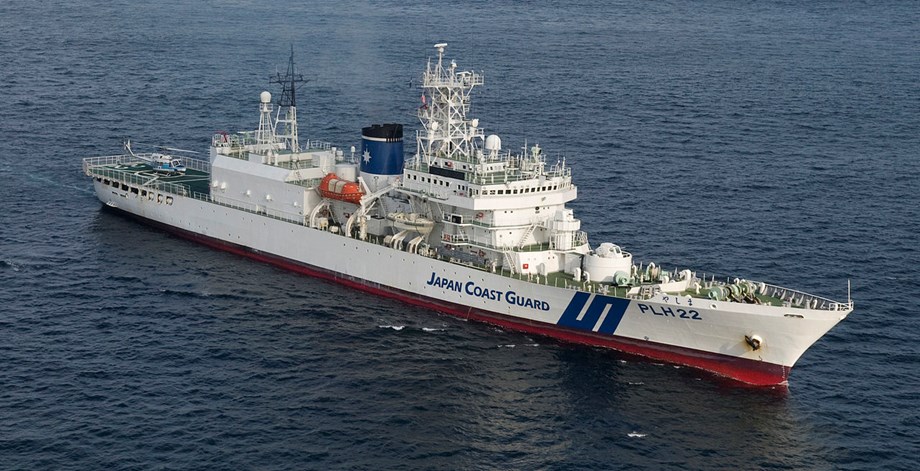 A 69-year-old man drifted through rough waters for nearly a day, hanging onto the bottom of his capsized boat until he was rescued by the coast guard, officials said on Wednesday.

The man, whose name has not been released, was the only one aboard the boat, No.5 Takamaru, when it capsized on Saturday off the seaside island of Yakushima in southern Japan, the coast guard said.

After receiving a call from his colleagues, Coast Guard rescuers searched for him for nearly a day before spotting him in rough seas about 30 kilometers (18 miles) southeast of where he disappeared, according to the statement. A television video of the rescue, provided by the coast guard, showed the man, who had a sheet of plastic wrapped around him, sitting at the bottom of his capsized boat while clinging to his propeller. ” We arrive ! Hang on! A rescue team called the man as they approached the boat.

The man was able to speak and was taken to hospital after rescuers brought him back to the port. It is not known what the man was doing at the time of the accident and what capsized the boat.

Elsewhere, the coast guard said it received a distress signal on Wednesday indicating that a person had fallen overboard from the cargo ship Houei Crystal, which was carrying 18 Vietnamese crew members. Later that day he received reports from a Russian freighter passing nearby that he had spotted a lifeboat carrying 17 crew members who were alive. He said the Russian ship remained in the area until the arrival of two ships from the Japanese coastguard and others from South Korea.

He said the Panama-registered ship apparently sank for unknown reasons on the high seas about 340 kilometers (210 miles) northeast of the west coast of Japan.