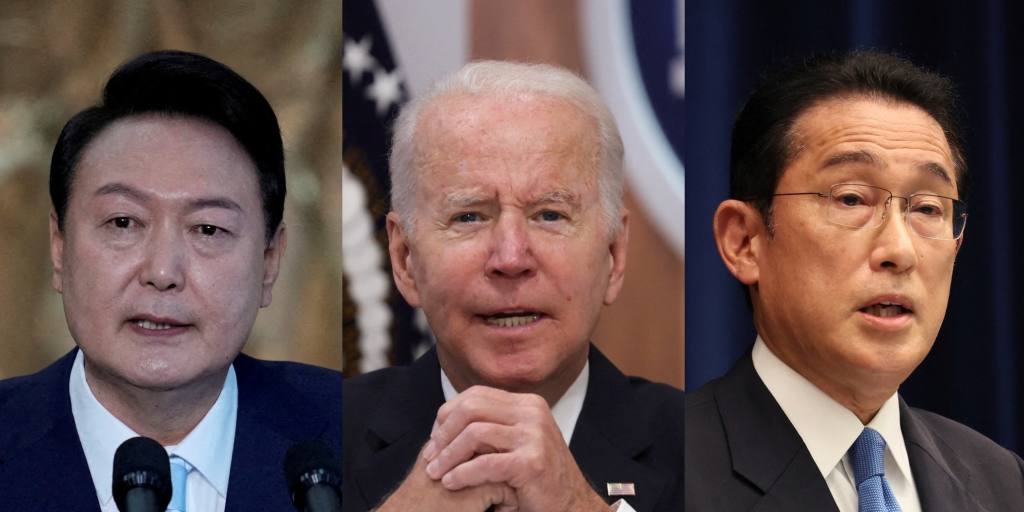 TOKYO — Japan, the United States and South Korea are discussing holding a trilateral summit next week, the first such meeting in nearly five years.

The plan is to hold the meeting on the sidelines of the NATO summit in Spain, which begins on Wednesday and will be attended by US President Joe Biden. Japanese Prime Minister Fumio Kishida and South Korean President Yoon Suk-yeol will participate as partner nations to show support for the military alliance.

The United States wants to see relations between Japan and South Korea improve and hopes that a trilateral summit will pave the way for a rapprochement. The last time the leaders of the three countries met was in September 2017.

North Korea has carried out a series of missile tests this year, and evidence suggests the regime is preparing for a seventh nuclear test. The three leaders will discuss how they will work together to subdue North Korea, including strengthening deterrence and response capabilities.

At a meeting of defense ministers in Singapore on June 11, the three nations agreed to resume joint exercises.

While Japan and South Korea are unlikely to hold a bilateral summit, the sides are considering a brief sideline chat. The countries made no progress in solving the wartime labor problem, and the Japanese side remained reluctant to hold a face-to-face meeting.