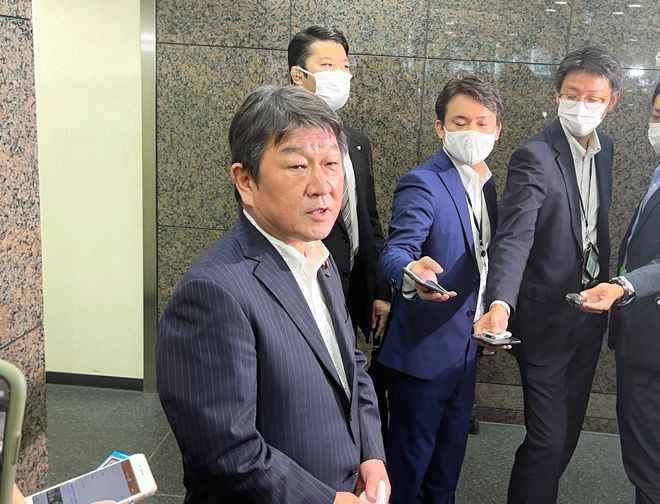 Japan protested against a South Korean court ruling requiring Mitsubishi Heavy Industries to sell assets in order to pay compensation to two women subjected to forced labor for the company during the Japanese occupation of the Korean Peninsula in 1910-1945 . Foreign Minister Toshimitsu Motegi said on Tuesday that the ruling issued the day before by South Korea’s Daejeon District Court was a “clear violation of international law.” “We must avoid serious repercussions on Japan-South Korea relations,” Motegi said, calling the court’s decision “truly regrettable” at a regular press conference in Tokyo.

Relations between the two countries, two important allies of the United States in North Asia, were hampered by the bitter legacy of the wartime Japanese occupation, and relations deteriorated in 2019 due to a dispute over export controls that has not yet been resolved.

South Korea’s Daejeon District Court ruled on Monday that Mitsubishi Heavy should sell two patents and two brands, according to a support group for women, who are both in their 90s.

Compensation for each woman has been estimated at around 210 million won ($ 178,023), according to Japan’s Wartime Forced Labor Victims Support Group.

Daejeon court and Mitsubishi Heavy were not immediately available for comment requested by Reuters.

Factbox-Latest information on the global spread of the coronavirus