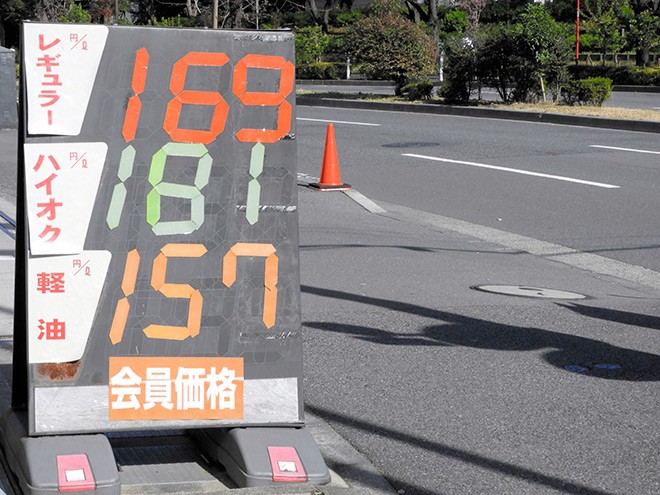 As gas prices hit their highest levels in seven years, the government is instituting a new subsidy program for oil distributors to maintain prices once they hit a certain threshold.

The move, announced by Economy Minister Koichi Hagiuda on November 16, aims to control the increase in retail gas prices to avoid derailing Japan’s economic recovery after the coronavirus pandemic.

But offering subsidies to wholesalers in an attempt to contain price increases is unprecedented and raises questions about its effectiveness and fairness.

The average retail price of regular gasoline in Japan has continued to rise for 10 consecutive weeks, reaching 169 yen ($ 1.48) per liter as of November 8, according to a report by the Oil Information Center of the Institute of Energy. Economics Japan.

The figure is the highest for almost seven years.

Some government officials are asking to offer wholesalers up to 5 yen per liter in subsidies when the average retail gasoline price exceeds 170 yen per liter.

The government is also considering whether kerosene and light oil should be subsidized.

The gas subsidy program is expected to be part of an emergency economic plan that the government will compile on November 19.

The government plans to launch the program by the end of the year, using reserves set aside for the current fiscal year.

Gas prices tend to soar in the winter when the demand for crude oil soars.

And prices could continue to rise until the end of March.

Although the government has decided on a gas subsidy program, it still needs to spell out many details, including the total cost of the program.

The Ministry of Economy, Trade and Industry is seeking to get oil distributors to commit to reducing wholesale prices based on the amount of subsidies they will receive.

The ministry also plans to use gas stations to control retail gasoline prices.

The ministry will consider ending the oil subsidy program when its survey of gas stations across the country reveals that gas prices have generally fallen. The ministry plans to increase the number of gas stations to be covered for the survey in order to get a more complete picture.

But the program would also risk triggering price fluctuations in various sectors once the program ends.

Another question regarding the program is whether it is appropriate to subsidize gasoline prices only with taxpayer dollars.

Soaring crude oil prices are causing soaring prices for a wide range of products and services.

Tomohisa Ishikawa, director of the Center for Macroeconomics Research at the Japan Research Institute, expressed skepticism that the benefits of the program may not ultimately reach downstream retailers.

“Reducing related tax rates would prove more effective in broader areas,” he said. “But the government is turning to a subsidy program instead because lowering tax rates would be a tedious process, as the law needs to be revised.”

He said how to ensure the fairness of the program is a challenge facing the government.

Hideo Kumano, chief economist at the Dai-ichi Life Research Institute, said wholesalers could become the target of backlash when implementing the program.

“Lowering the gasoline tax would ensure a higher level of transparency while combating rising gas prices” rather than granting subsidies to petroleum distributors, he said.

Kumano also stressed the need to prepare in advance an exit strategy to end the subsidy program once retail gas prices start to fall.

(This article was compiled from reports by Satoshi Shinden, Junichiro Nagasaki, and Eisuke Eguchi.)