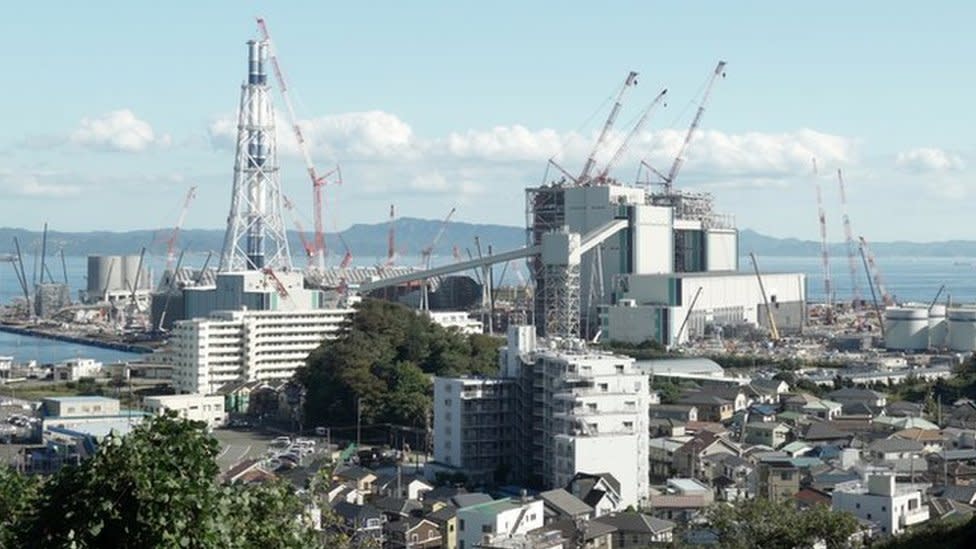 It’s a beautiful fall afternoon and I’m standing on a hill overlooking Tokyo Bay. Next to me is Takao Saiki, a generally gentle gentleman of around 70.

But today Saiki-San is angry.

The cause of his distress is a giant construction site blocking our view of the bay – a 1.3 gigawatt coal-fired power plant in the making.

“I don’t understand why we still have to burn coal to generate electricity,” said Saiki-San’s friend Rikuro Suzuki. â€œThis plant alone will emit over seven million tonnes of carbon dioxide each year!

Suzuki-San’s point is good. Shouldn’t Japan reduce its coal consumption, not increase it, at a time when the impact of coal on the climate is of great concern?

So why coal? The answer is the Fukushima nuclear disaster in 2011.

In 2010, about a third of Japan’s electricity came from nuclear power, and many more were planned to be built. But then the disaster of 2011 struck and all of Japan’s nuclear power plants were shut down. Ten years later, most remain closed – and there is a lot of resistance to restarting them.

In their place, Japan’s gas-fired power plants have been working a lot of overtime. But, as Britain recently discovered, natural gas is expensive.

Thus, the Japanese government decided to build 22 new coal-fired power stations, running on cheap coal imported from Australia. Economically, it made sense. Environmentally, not so much. Japan is now under intense pressure to stop using coal.

Instead of shutting down old coal-fired power plants and switching to renewables, Japan’s response is to switch to burning hydrogen or ammonia.

“The investment by power companies in coal-fired power plants would suddenly be worthless without a value on their balance sheet,” said Professor Tomas Kaberger, an energy policy expert at Chalmers University in Sweden.

“And that would create financial hardship for the power companies, and then for the banks and pension funds. And that’s the challenge for Japan.”

Plants can be fairly easily converted to burn hydrogen or ammonia, which do not produce carbon dioxide. So that seems like a good solution.

But the Japanese government has much bigger ambitions than that. It wants to be the world’s leading â€œhydrogen economyâ€.

This is where the automaker Toyota comes in.

It’s another beautiful sunny day and I’m in downtown Tokyo at a brand new hydrogen gas station. Standing on the forecourt is a sleek new Toyota Mirai. It’s a big luxury car, the size of a big Lexus.

I slip into the leather-clad cabin, hit the “start” button and slide out into the street. The car is extremely smooth, completely silent, and the only thing flowing in the road behind me is a little water.

The Mirai (which means future in Japanese) is Toyota’s first zero-emission electric car. Unlike other electric cars, the Mirai doesn’t have a huge battery under the floor. Instead, it has a fuel cell under the hood and hydrogen tanks under the backseat. Hydrogen passes through the fuel cell, where it is converted into electricity, which powers electric motors. This is the same technology that was used to power the Apollo spacecraft during lunar missions.

For many people, this technology is a strange choice. It’s more expensive and complicated than batteries. Elon Musk called hydrogen cars “dumb”.

This is not true, says Hisashi Nakai, the head of Toyota’s public affairs division. He says the company’s vision for fuel cells goes far beyond cars.

â€œI know people have different opinions,â€ he tells me, â€œbut the important thing is to achieve carbon neutrality. We need to think about how we can get the most out of fuel cell technology. We firmly believe that hydrogen is a powerful and important energy. “

What Nakai-san says shows Toyota is thinking of a future where hydrogen fuel cells are everywhere, in homes, offices and factories, as well as in cars. And he wants to be at the forefront of this new hydrogen society.

This brings us to the final and most important question. Where will hydrogen come from to power Japan’s zero-carbon society?

The answer is “blue hydrogen”.

Make hydrogen from water using renewable energy and you have â€œgreen hydrogenâ€. The problem is, green hydrogen is really expensive.

Instead, today most hydrogen is made from natural gas or even coal. It’s cheap, but it produces a lot of greenhouse gases. However, if you capture these greenhouse gases and bury them in the ground, you are allowed to call it “blue hydrogen”.

This is exactly what Japan says it is going to do.

Earlier this year, Japan and Australia opened a joint project in the state of Victoria to turn a type of coal called lignite, or lignite, into hydrogen. The hydrogen is then liquefied to minus 253C, then transported to a specially constructed vessel that transports it to Japan.

Climate change activists are horrified by this plan. They say the technology to capture and store greenhouse gases is unproven and will force Japan to dig up large amounts of lignite for decades to come.

According to Professor Kaberger, the biggest hole in the plan is economic.

Professor Kaberger believes the Japanese government chose blue hydrogen a decade ago when renewables were expensive, and they are now locked into a plan that no longer makes sense.

Meanwhile, on the shores of Tokyo Bay, construction continues at a steady pace. The new giant coal-fired power plant will be commissioned in 2023. It is expected to operate for at least 40 years.

“I’m ashamed of Japan,” said Hikari Matsumoto, a 21-year-old activist who joined us to watch from the hill.

â€œI am so frustrated,â€ she said. “In other countries, young people are protesting in the streets, but the Japanese are so silent. Our generation needs to speak out.”