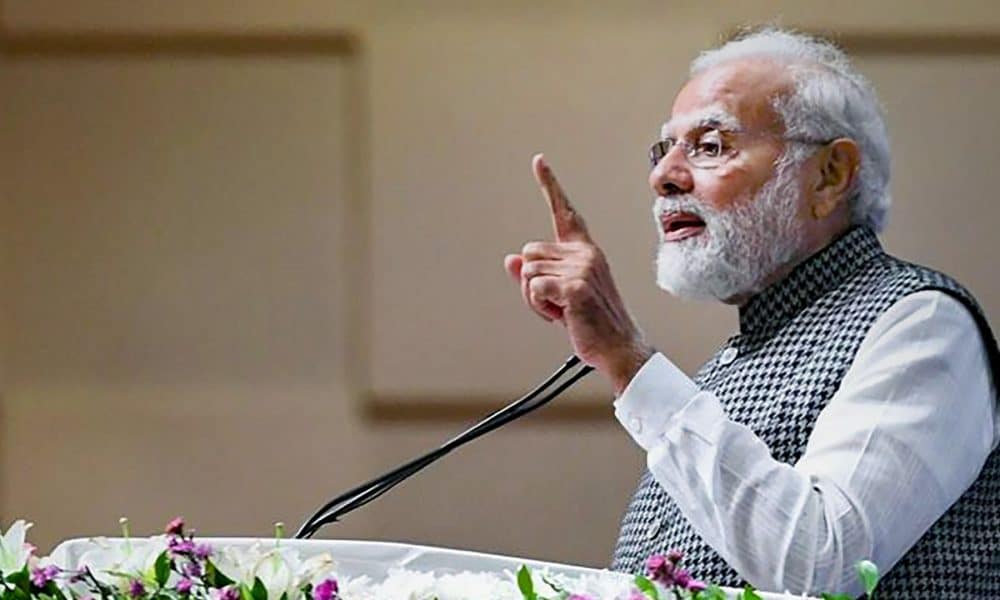 Prime Minister Narendra Modi said on Sunday that India aims to be self-sufficient in the energy sector over the next 25 years and that the electric vehicle, which is leading a “silent revolution”, has a key role to play in achieve it.

With much of the energy consumption being in the transport sector, the prime minister said innovation in this sector should be a priority. “Our goal is for India to become Aatmnirbhar for its energy needs in the next 25 years of Amrit Kaal,” Modi said during a program to mark 40 years of Suzuki Motor Corporation in India at the convention center. Mahatma Mandir here.

He further stated: “Since a large part of energy consumption is in the transport sector, innovation and (research) efforts in this sector should be our priority. I am convinced that we can achieve this. Modi, who also laid the foundation stone for Suzuki Motor Gujarat’s new electric vehicle battery factory and Maruti Suzuki’s new factory in Sonipat, Haryana, stressed the importance of promoting electric vehicles in the country. One of the great characteristics of electric vehicles is that they are quiet, whether two or four wheels, they make no noise, he said.

This silence is not just about its engineering, but it is also the start of a silent revolution in the country,” said Modi, adding that the electric vehicle market in India is currently growing at such a rapid pace that could not have been imagined a few. years back. The Prime Minister said various incentives such as income tax reductions and a simplified loan process have been provided to EV buyers as part of the government’s efforts to strengthen the EV ecosystem. To boost supply, work is also being carried out at a rapid pace to introduce PLI programs in automotive and automotive component manufacturing,” Modi said.

Furthermore, he said that many political decisions have been made to prepare a solid electric vehicle charging infrastructure. It is certain that with the strengthening of supply, demand and the ecosystem, the EV sector will progress, he added. Modi said the success of Maruti Suzuki also signified the strong India-Japan partnership. “Over the past eight years, this relationship between our two countries has reached new heights. Today, from the Gujarat-Maharashtra high-speed train to the Rudraksh center in Banaras in UP, many development projects are examples of India-Japan friendship, he added.

“We aim to enhance our competitiveness and R&D capabilities in new technology areas not only for India but also for global markets,” Suzuki said, adding that over the past 40 years, India has become the most important market of the group. In the last fiscal year, he said Suzuki Group produced about 28 lakh automobiles worldwide. “Of this number, more than 16 lakh units, or about 60%, were produced in India,” he said, adding that India’s exports hit a record high of about 2.4 lakh units. Last year. Today, India plays an important role as the global automotive production hub within the Suzuki Group, he added.

In March this year, Suzuki Motor Corporation announced plans to invest about 150 billion yen (about Rs 10,440 crore) by 2026, for local manufacturing of battery electric vehicles (BEVs) and battery BEVs. in Gujarat. The company had signed a memorandum of understanding with the state government under which the company’s wholly owned subsidiary, Suzuki Motor Gujarat Pvt Ltd (SMG), will invest Rs 7,300 crore for the construction of a factory of BEV batteries on land adjacent to the existing SMG factory by 2026. In addition, SMG will invest an additional Rs 3,100 crore to increase the production capacity of BEV manufacturing by 2025.

In May this year, Maruti Suzuki India (MSI) announced an investment of Rs 11,000 crore in the first phase of a new facility to be installed at Sonipat in Haryana. The first phase of the new factory with a manufacturing capacity of 2.5 lakh units per year is expected to be commissioned by 2025. At present, MSI has a cumulative production capacity of around 22 lakh units per year. year at its two manufacturing plants in Haryana and at parent company Suzuki Motor. settlement in Gujarat. The two factories in Haryana – Gurgaon and Manesar – together deploy around 15.5 lakh units annually. Its parent company Suzuki Motor Corp has also set up a factory in Gujarat with an installed production capacity of 7.5 lakh units a year after the start of production of the third unit in April last year.