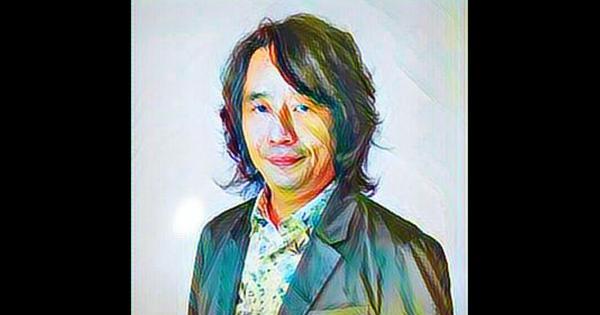 I have a thing for mysteries and murders that take place in the islands, and I’ve been lucky enough to have read and watched some of the best on offer – Shetland (based on Ann Cleeves’ jimmy perez books) and Agatha Christie And then there was no more come to mind. Japanese authors, in particular, have mastered the art of delivering perfect island mysteries that make perfect use of the unique surroundings – Yukito Ayatsuji Jukkakukan no Shinsou Kaiteiban (translated into English by The Decagon House Murders), by Seishi Yokomizo Gokumon-tō (Prison Gate Island) or one of many Kindaichi Shōnen no Jikenbo tales set on the islands are just a few that promise to have a great time.

Ayatsuji’s 1987 novel The Decagon House Murdersa wonderfully original take on Christie’s classic And then there was no more, marked a turning point in the annals of detective novel writing in Japan. In it, Ayatsuji lays the foundation for what would later be known as shin honkaku (new orthodox) school of detective writing – a subgenre that would soon enough divert amateur writers from crafting social mysteries and later gain a legion of devoted fans whose admiration remains undiminished to this day. Early in this book, one of the characters articulates what would essentially become a clarion call to future writers of this school. It is worth quoting in its entirety, especially since it aptly describes what shin honkaku school means:

So enough gritty social realism please. An office worker is murdered in a one-bedroom apartment, and after wearing down the soles of her shoes during a painstaking investigation, the police detective finally arrests the victim’s boss, who turns out to be her lover. illicit. No more of that ! No more corruption and secret dealings of the political world, no more tragedies caused by the stresses of modern society and the like. What detective novels need is – some might call me old-fashioned – a great detective, a mansion, a group of shady inhabitants, bloody murders, impossible crimes and never-before-seen tricks played by the murderer. Call it my castle in the sky, but I’m happy as long as I can enjoy such a world. But always in an intellectual way.

In both good and bad ways, the essence of this long, almost Queen’s statement is faithfully rendered in Alice Arisugawa’s 1989 work, Koto Pazuru (literally, Koto Puzzle, translated into English in 2016 with the title of The Moai Island Puzzle). Like its predecessor (The Decagon House Murders), The Moai Island Puzzle also has a college club of mystery fiction aficionados visiting a remote island that is soon cut off from the mainland by a raging storm, just as the island’s inhabitants begin to be toppled one by one.

Three members of Eito University’s Mystery Club—narrator Alice, detective Jirō Egami, and the club’s only female recruit Maria Arima—visit Kashikijima at Maria’s invitation to engage in a treasure hunt. Kashikijima is an eerie island – not only is it unusual in shape (it looks like a horseshoe magnet), but it also has some 25 menacing moai statues that dominate the landscape. These statues also happen to be the focal point of the mysterious treasure – Maria’s grandfather has hidden a large cache of diamonds worth a fortune somewhere on the island, the only clue being the statues and the directions which they were facing. It is this seemingly unsolved mystery that Jirō and his friends wish to unravel now.

There are only two residences on Kakushijima, one each on the two poles of this magnetic horseshoe island. The larger, Panorama Villa, hosts a gathering of Maria’s extended family members as the mystery club arrives, while the smaller Happy Fish Villa is home to a moderately successful entertainer (also one of Maria’s parents). Maria) who visits her from time to time. at the time. To travel from one to the other, you either have to take a boat to cross the bay that separates them, or cover the distance on foot or by bike thanks to a road that crosses the long arc of the island.

The two villas soon witness impossible crimes in the middle of a storm. Will Jirō and his friends manage to solve the riddle of the treasure as well as that of the three murders which seem to have links with the past of Maria and one of her relatives now deceased?

At first glance, this synopsis looks very appealing, but I’ll start with the negatives here. The mystery surrounding the treasure, which lends itself to the title, is too long and clearly overstays its welcome. Excessively laborious in its execution, we go through this part in the weary expectation of what they will find at the end of it all. Unfortunately, the statues puzzle “evolves” too much for its own good – there is definitely a certain flow of knowledge to be aware of to solve this puzzle, and even then it’s quite difficult to come to the right conclusion.

Perhaps, even more damningly, the payoff is too small for all the struggle one is enduring, making for an extremely mediocre adventure trip – (spoiler alert) turns out the mystery has already been solved before the arrival of our protagonists, and then, the puzzle and developments around them essentially become a footnote in the pattern of affairs. Not fair at all, you will say, considering that nearly 100 pages are devoted to this puzzle and its outcome!

The first murder also happens fairly late in the novel, but it’s the conversations between the (mostly unpleasant) characters that precede it and the way they’re portrayed that sucks all the life here. There’s too much unnatural stiffness to the nature of the dialogue in this section – as if the characters too are eagerly waiting for something to happen to them and can’t wait any longer to get to the heart of the text.

The plot and the puzzles require the characters to act in a certain way – and they do, no matter how unnatural, forced and even unrealistic it may seem. While such treatment from Arisugawa clearly establishes the primacy of plot and puzzles over characterization, a more competent balancing act would have gone a long way to making it palatable without leaving an aftertaste. unpleasant.

A tribute to Queensian and Holmesian aesthetics

The novel really begins to shine once the murders are committed. The Moai Island Puzzle is, at its best, an homage to Queensian and Holmesian aesthetics in detective fiction – and thankfully the work provides plenty of examples to showcase both. The Holmesian trait of eliminating all that is impossible and positing what remains as the truth is evident in the many discussions between Jirō and his friends where hypotheses are presented and possibilities dismissed by the three members of the Mystery Club of the Eito University, with Jirō acting as the most shrewd and insightful of the lot. And as Sōji Shimada shrewdly points out in his introduction to the novel, Jirō transitions from a selfless, bland, Queensian maniac to a more proactive Holmes-like figure who definitely acts heroically in some aspect towards the end of the novel. If only such nuanced treatment could have been given to the rest of the characters. . .

Either way, the novel does better when it takes its hat off to Ellery Queen. The chains of deduction are built on painstakingly detailed schedules drawn by investigators and very singular sightings of particular items and events – (spoiler alert) a boat crossing the bay at one point, a light traveling between the two villas in the Middle of the Night, a bicycle tire mark and a piece of cloth found in particular parts of the island, among others – and linking them all into a linear, cohesive and definitive narrative.

The novel is a perfect lesson in crafting chains of logical reasoning on singular observations, clues and pieces of evidence and also demonstrates why the author need not “trick” readers with a range of scattered clues. random, possibly relevant and/or too many reds. herrings. It also plays very directly with the dying message, which simply requires understanding what is “not present” to interpret it correctly.

For those who are deeply invested in the world of Japanese mystery novels, The Moai Island Puzzle can be considered required reading. Personally, I find it to be a most instructive book, giving a fascinating insight into the ups and downs of shin honkaku plotting in the space of about 250 pages (notwithstanding the fact that it would have gained a great deal if its length had been reduced by a third). Two different types of puzzles are presented in the book with conflicting treatments – one that authors should aspire to, the other that they should avoid if they don’t want to leave readers feeling aggrieved. That, in itself, is a very strange balancing act – but perhaps one that shouldn’t be attempted at all.

Can a crime novel study the evolution of a city through its history of crime and detection?

“The Red Locked Room”: How Tetsuya Ayukawa Unlocks the Mysteries of the Locked Room