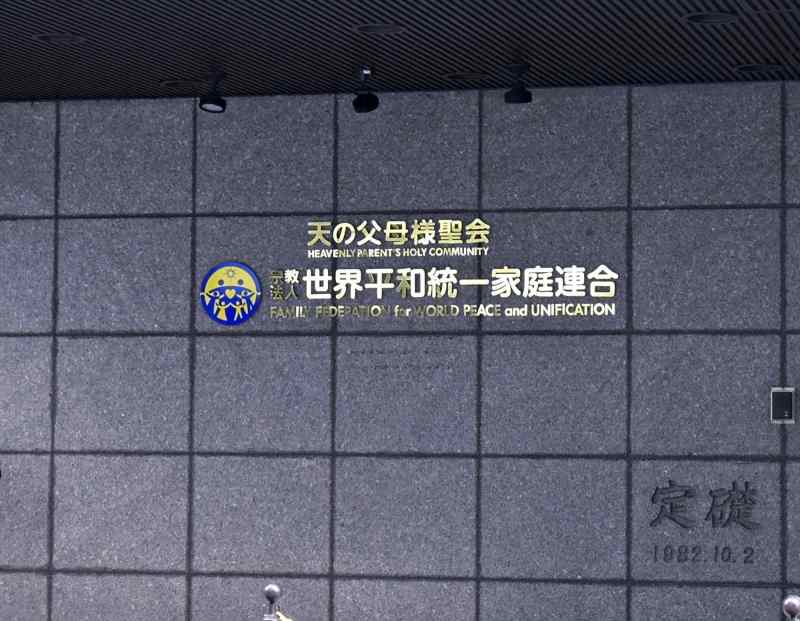 A former leader of the Unification Church – a religious group which drew criticism following the fatal shooting of former Prime Minister Shinzo Abe – told Yomiuri Shimbun under his real name how the group collected large donations, claiming that each region of the country has its own quota of donations, which puts followers under intense pressure.

Masaue Sakurai, 48, had worked at the group’s headquarters since 1998. From 2016 to 2017, he served as deputy director of its education office, responsible for educating second-generation followers. In 2017 he also published a document criticizing the church, which is officially known as the Federation of Families for World Peace and Unification, and was fired. Sakurai now belongs to another group.

Sakurai said there are several types of contributions, such as monthly offerings where a follower pays one-tenth of their income when attending religious services, so-called “blessing contributions” for weddings, and contributions specials.

For special contributions, the church sets a target period and monetary amount to be collected, and allocates quotas to each of its prefecture-based districts based on the number of followers. The general members of the group are not informed of the quota and the leaders ask for donations in person or by fax, Sakurai said.

Around 2000, a teaching called “ancestor release”, which had not previously been in the group’s doctrine, began to spread within the church.

A former church member, now in her 60s and living in the Kanto region, told the Yomiuri Shimbun that she paid a total of 2.8 million yen five years ago in exchange for the “liberation” of seven generations of her and her husband’s ancestors. She was told that she had to release her ancestors going back 420 generations, and she actually made contributions that exceeded 5 million yen to release up to the 28th generation of their ancestors.

“I was worried about the work and the education of the children, and my main disciple told me many times that it was because my ancestors who died in battle were suffering, and I believed him,” she said. lamented.

In 2009, the group issued a “declaration of compliance”, sparked by an incident in which its supporters were arrested for selling expensive seals and other items while stoking anxiety. Sakurai said the practice has all but disappeared since then, but the focus has shifted to contributions instead.

While it is said that only certain leaders are informed about the contribution targets for the whole of Japan, Sakurai said he saw a document indicating “2.4 billion yen per month” during a management meeting at which he attended in 2016.

“We have a goal, but no quota,” the group told Yomiuri Shimbun. Asked about the “2.4 billion yen per month” Sakurai saw, the group replied, “We don’t know what document he was talking about.”

“It is true that Sakurai is a former leader of our church, but much of his testimony is outdated and inaccurate,” they added.

As for the “liberation of the ancestors”, Hideyuki Teshigawara, general manager of the new headquarters responsible for promoting reform within the group, said on October 4 during a press conference: “It would be a mistake if the group seemed making his supporters anxious. and extorted [contributions] with particular emphasis on the suffering of their ancestors.

The group said it would keep records of excessive contributions, or those exceeding 30% of monthly income, and check whether offers prevent subscribers from carrying out day-to-day activities. The group also said it would respond to refund requests.

However, a woman in her 30s from Ibaraki Prefecture, whose parents are followers, said she does not believe in the group.

Since she was a child, her parents received letters asking for contributions by fax, and she heard that they had donated more than 100 million yen, including their inheritance money. After Abe’s fatal shooting, the woman persuaded her parents to ask the group to return the money. While the group is open to negotiations, his parents are asked to make a further contribution of 1.83 million yen by the branch of the group in their district.

“I’m afraid that once the public interest wears off, the band will start asking for large donations again,” the woman said.