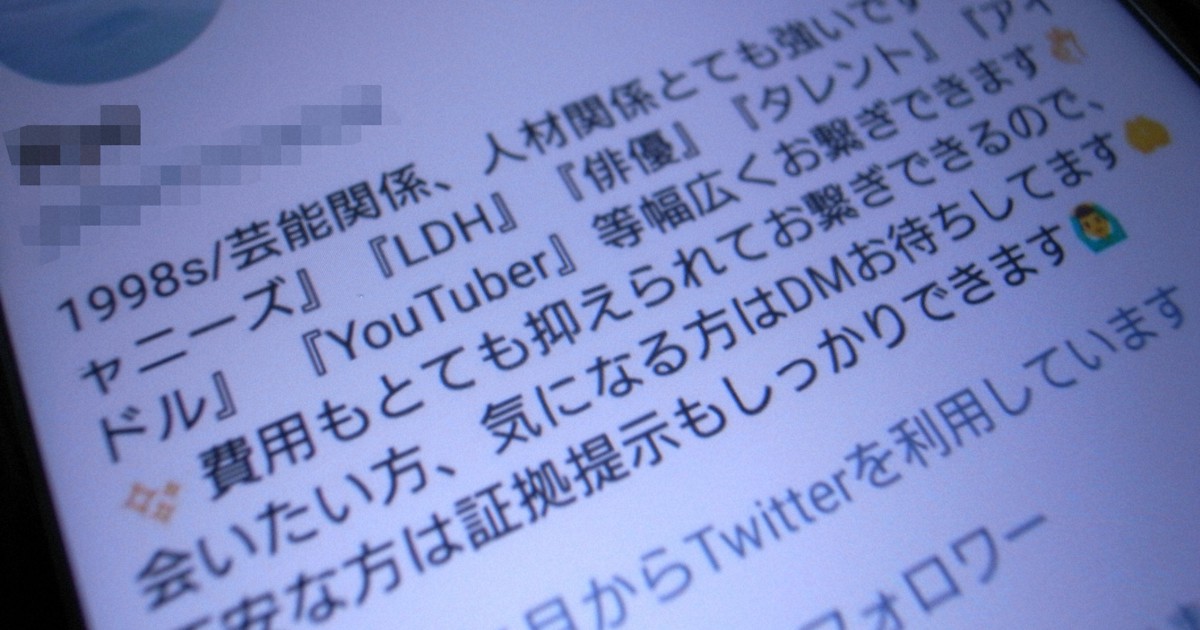 NAGOYA – 22-year-old former member of Japanese boy group arrested on suspicion of defrauding money from woman in her twenties as “bail” for the opportunity to “meet members of an idol group “.

A series of similar cases have been observed in Aichi Prefecture and the Kanto region around Tokyo since April.

On September 6, Aichi Prefecture police arrested former celebrity Ayumu Kuroda, who lives in the Setagaya district of Tokyo and was a member of the idol group Junon Superboy Anothers, on suspicion of fraud.

Kuroda is specifically accused of inviting a 21-year-old university student from Toyokawa City, Aichi Prefecture, to Tokyo, whom he met on social media, saying he would arrange for her she meets members of an all-male idol group. Telling the student that “it is necessary to solve the problems in the event of a scandal”, Kuroda allegedly took her to six financial companies, including consumer credit companies, making her hand over 1.69 million yen. (approximately $ 15,400) in cash.

“A man who approached me saying he would let me meet a member of Johnny’s idol group and asked me to hand him 1.5 million yen (about $ 13,700),” said she said, referring to famous talent agency Johnny & Associates Inc. behind some of Japan’s most popular boy groups.

She added, “When I said I didn’t have that kind of money, I was introduced to Kuroda as someone“ who is good at financial transactions. ”I was asked to apply for one. consumer loan and I was told, “If you tell the loan company that you are pregnant and need money for an abortion, you can get tested.”

The woman reportedly met Kuroda at a cafe in the morning and handed him the money after about three hours. Meanwhile, the man who had approached her apparently called her to say, “I’m going to pay them the money directly (Johnny’s member),” then, “I’ll pay in advance, so s. ‘Please give Kuroda the “fast seceding money – not giving him time to think.”

After that, the woman lost touch with Kuroda and the man, and realized that she had been swindled. She says she believed the story of the two after they showed her a popular actor’s schedule and met a former celebrity at a party they invited her to. She has since been diagnosed with depression due to the shock of having taken on so much debt.

It was via social media, including Twitter and Instagram, that the victims, including the college student, met Kuroda.

Former Kanagawa Prefecture Police Detective and Criminal Journalist Taihei Ogawa pointed out, “Many young people are becoming addicted to the Internet because the coronavirus has made part-time work unavailable and they are spending more time on the Internet. the House.

He added that he believes the victims “may have let their guard down over time after being regularly exposed to various information capable of capturing the hearts of fans, including information of uncertain authenticity.”