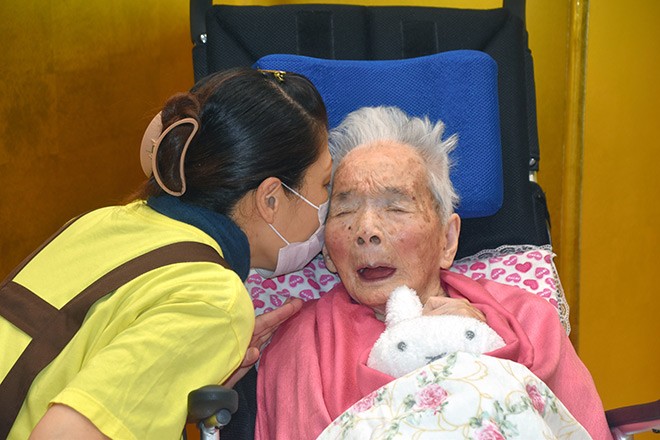 A record 90,526 Japanese had celebrated their 100th birthday or older as of September 15, the Health Ministry reported on September 16.

Japan has now marked a record number of centenarians for the 52nd consecutive year.

They were only 153 in 1963, the year of the promulgation of the law on the social protection of the elderly.

This year, Shimane Prefecture again had the highest proportion of centenarians per capita, a status it has maintained for 10 years.

Saitama Prefecture reported the lowest proportion of centenarians per population for the 33rd consecutive year.

The oldest person in Japan is Fusa Tatsumi, 115, who resides in Kashiwara, Osaka Prefecture.

The oldest man is Shigeru Nakamura, 111, who lives in Jinsekikogen, Hiroshima prefecture.

Want politics to be better? Focus on future generations.