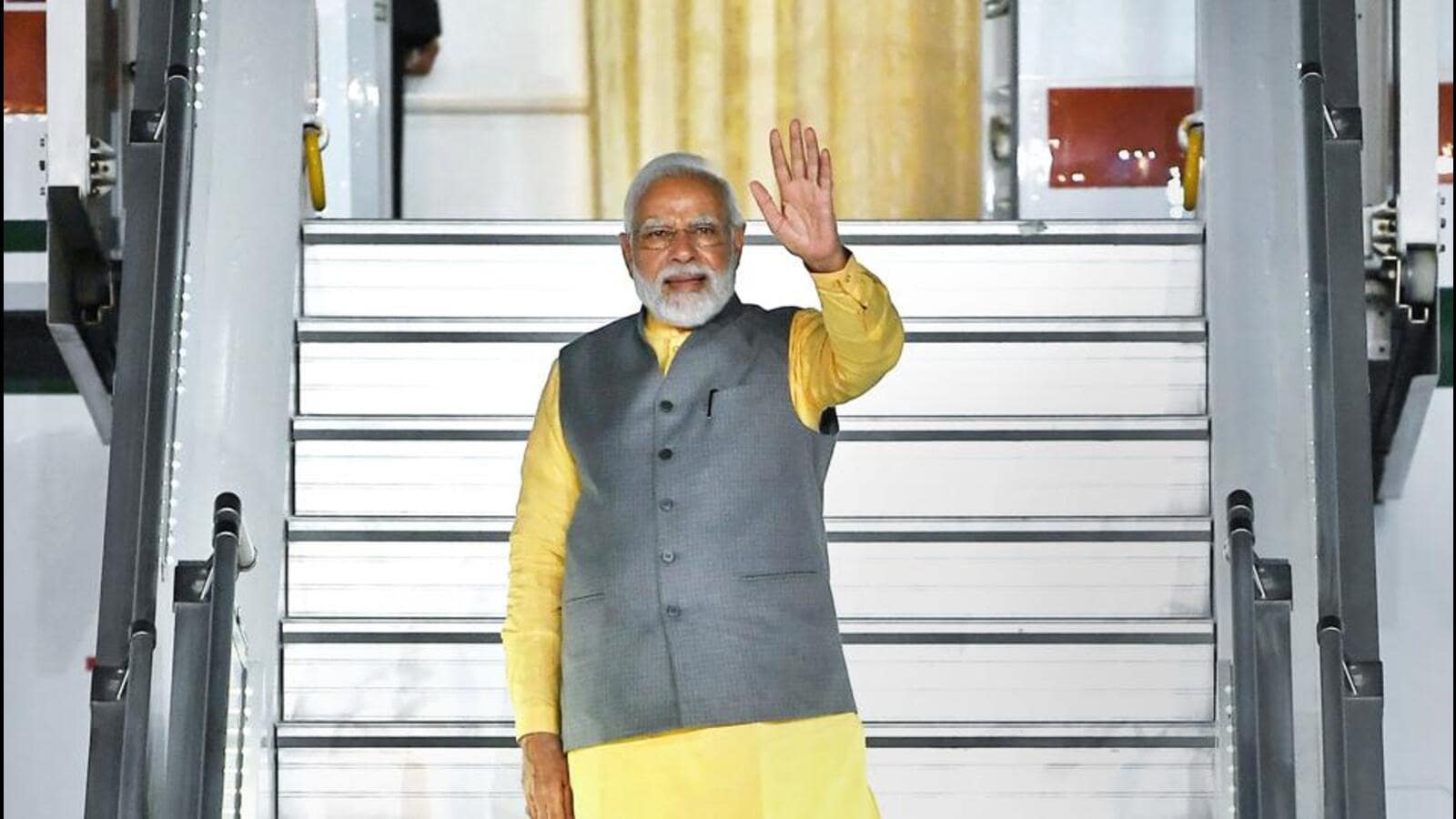 The Quad Leaders Summit in Tokyo will review the progress of initiatives launched by the grouping and discuss developments in the Indo-Pacific region, Prime Minister Narendra Modi said on Sunday, with the Indian leader also due to hold bilateral meetings with US President Joe Biden. , Japanese Prime Minister Fumio Kishida and Australian Prime Minister-elect Anthony Albanese on the sidelines of the event.

In a statement ahead of his visit to Japan on May 23-24, Modi said the second in-person Quad Summit “will provide the leaders of the four Quad countries with an opportunity to review the progress of the Quad initiatives.” “We will also exchange views on developments in the Indo-Pacific region and global issues of mutual interest,” he added.

Modi’s bilateral meeting with Biden will focus on “further cementing our multi-faceted bilateral relationship” with the United States. “We will also continue our dialogue on regional developments and contemporary global issues,” he said.

An event to launch the administration’s new framework for supply chains, climate action and infrastructure projects and meetings with some of Japan’s top business leaders will dominate the agenda of the first day of Prime Minister Modi’s visit to Japan on Monday.

Read also : Quad Summit will focus on key challenges and ways to keep the Indo-Pacific free and open

Modi is visiting Tokyo at the invitation of his Japanese counterpart Fumio Kishida to attend the second Quad Leaders Summit in person on May 24. On Monday, he will attend the event hosted by Biden to launch the Indo-Pacific Economic Framework (IPEF).

The bilateral meeting between Biden and Modi will include a “constructive and direct” dialogue as well as an ongoing discussion on the situation in Ukraine, US National Security Advisor Jake Sullivan said. “It will be a continuation of the conversation they already had about how we see the situation in Ukraine. They will talk about all of this and it will be just as constructive and simple,” he said.

Kishida visited India in March for the annual bilateral summit, and Modi said he would continue his conversation with his Japanese counterpart to strengthen the special strategic and global partnership between India and Japan.

“Newly elected Australian Prime Minister Anthony Albanese will be joining the Quad Leaders Summit for the first time. I look forward to a bilateral meeting with him during which the multifaceted cooperation between India and Australia under the Comprehensive Strategic Partnership and regional and global issues of mutual interest will be discussed,” Modi said.

Modi noted that economic cooperation between India and Japan is an important aspect of the bilateral special and global strategic partnership. At the bilateral summit in March, Kishida and Modi announced their intention to make five trillion yen in public and private investment and financing from Japan over the next five years.

“During the next visit, I will meet with Japanese business leaders with the aim of further strengthening economic ties between our countries, in pursuit of this goal,” Modi said.

Japan is home to nearly 40,000 members of the Indian diaspora, and Modi described them as an “important anchor in our relations with Japan”. He said he looked forward to interacting with the Indian community.

India and countries such as Japan, Thailand, South Korea, Australia, New Zealand and Singapore are expected to join negotiations for IPEF, although the United States and other countries have made no official announcement regarding joining what is described by American officials as an economic arrangement for the integration of Indo-Pacific economies.

Indian officials said New Delhi had received details of the US initiative and discussions had taken place on the matter. Foreign Secretary Vinay Kwatra said on Saturday that discussions were ongoing regarding IPEF, although he acknowledged that economic cooperation is a very important segment of India’s focus on Indo -Pacific, both in terms of exploiting economic partnership opportunities and building capacity.

He will also participate in a panel discussion with Japanese business leaders and an interaction with representatives of the Indian community in Japan.

The IPEF is seen as another attempt by the United States to assume a greater role in the economic sphere and regain credibility following former President Donald Trump’s decision in early 2017 to withdraw from the Trans-Pacific Partnership (TPP ). The IPEF is not a trade agreement and will have no impact on matters such as tariffs.

The four pillars of IPEF are fair and resilient trade, including standards for digital, labor and the environment, resilient supply chains, infrastructure projects and clean energy, and taxation and the fight against corruption. US officials said the framework will emphasize flexibility and inclusiveness, and partners can choose modules without having to register for all four pillars.

Sullivan on Sunday dismissed suggestions that the IPEF was a security agreement and said: “It is an economic agreement focused on the further integration of Indo-Pacific economies, setting standards and of rules, especially in new areas like the digital economy, and also trying to ensure that there are safe and resilient supply chains.

He said the IPEF “will not negotiate maritime security agreements”, although he dismissed suggestions from the Chinese side that the framework would be a closed deal. “It is by design and by definition an open platform. And we expect, in addition to countries joining the launch [on Monday]more will come in the months and years to come,” he said.