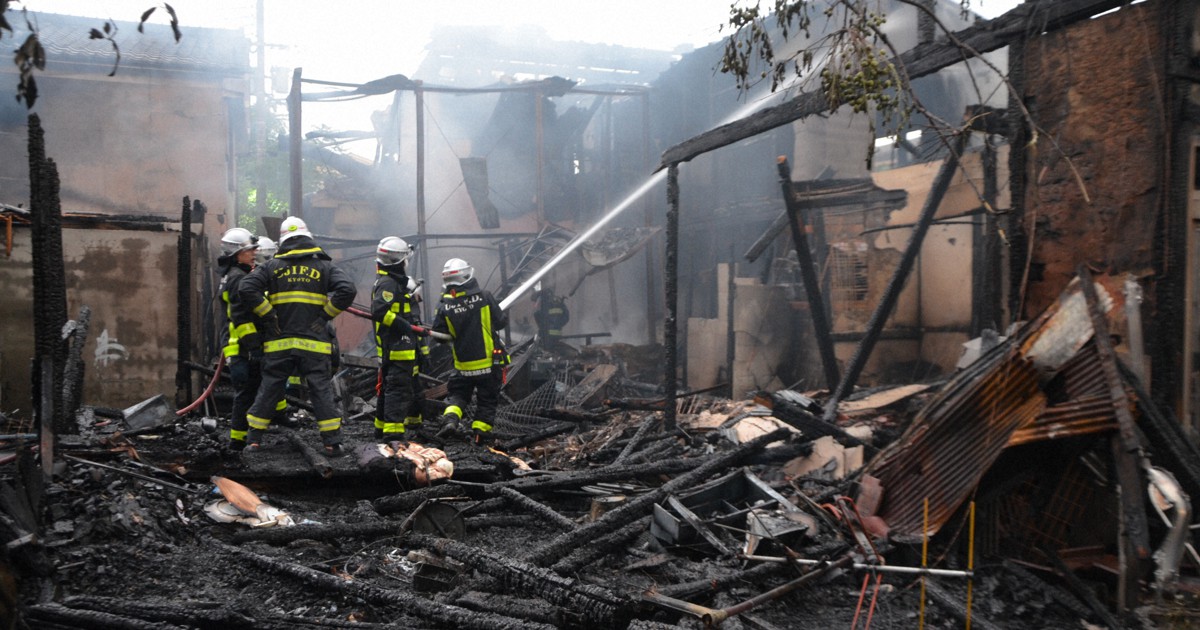 KYOTO – Japan’s lack of a legal system providing a concrete basis for punishing hate crimes has been singled out by experts ahead of a court ruling on arson attacks on homes and other buildings associated with residents Korean “Zainichi”.

On August 30, the Kyoto District Court will deliver its verdict on Shogo Arimoto, 23, a resident of Sakurai City, Nara Prefecture, on trial for arson. According to the indictment, he set fire to a facility affiliated with the Union of Korean Residents in Japan (Mindan) and a Korean school located in Japan’s central city of Nagoya’s Nakamura district in July 2021. The following month, he allegedly poured oil and set fire to an abandoned house in a Korean community in the city of Kyoto prefecture, in the Utoro area of ​​Uji, which resulted in the total destruction or partial of a total of seven houses and other buildings in the area.

The defendant told the court he “felt animosity towards Koreans”, suggesting that discrimination against a specific racial or ethnic group was a motive. Experts stressed the need to follow the example of the United States and European countries to establish legislation that punishes hate crimes beyond the scope of a general criminal case.

A lawyer from Utoro district, whose community was devastated by the arson, expressed outrage at the way the case was handled. “It couldn’t be clearer that this is a hate crime. Why is the prosecutor avoiding using the word ‘discrimination’?” asked the lawyer during a press conference after a hearing at the end of June.

At the close of the hearing that day, the prosecutor pointed out that the defendant’s actions stemmed from “revulsion against Korean residents of Zainichi and a self-centered desire to attract public attention”. However, the prosecutor did not use the word “discrimination” and called for a four-year prison sentence.

The defendant admitted the allegations presented in the indictment, and the weight of the criminal penalty was central to the case. The victim’s side repeatedly asked the prosecution to recognize the motive as discriminatory in nature and take it into account in sentencing.

A senior investigator told the Mainichi Shimbun: “There is no need to recognize discriminatory intent when treating arson as a criminal matter.” Even if the incident stemmed from discriminatory motives, there is no relevant law in Japan that allows such motives to be taken into account when determining a criminal sentence.

In 2009, the anti-Korean group Zaitokukai (a short name for “The Association of Citizens Against Special Privileges for Korean Residents in Japan”) held a hate speech near Kyoto Chosen Daiichi Elementary School, a school pro-Pyongyang city. Members of the group issued pleas such as “Koreans, get out of Japan”, and the group was charged with forcible obstruction of business. However, the decision fell short of acknowledging the motive of racial discrimination and the four defendants, including executives, received suspended sentences.

Why is it difficult to clearly reflect discriminatory motives in criminal convictions? Yasuko Morooka, a lawyer familiar with hate speech issues, pointed out, “The Japanese government did not provide a clear definition of hate crime in the first place, nor did it indicate standards.

Amid an impasse, the Japan Network Towards Human Rights Legislation for Non-Japanese Nationals and Ethnic Minorities, a group comprised of scholars and lawyers, submitted a recommendation on countermeasures against hate crimes to the Minister of Justice in April. The group demanded that the government issue a declaration to eradicate hate crimes, create guidelines to apply existing laws to such cases and establish a comprehensive law to eliminate racial discrimination.

According to the group, hate crimes are severely punished by federal law and the majority of state laws in the United States. The German penal code also stipulates that grounds based on racial discrimination are taken into account when determining sentences.

Morooka, who also heads the group’s administrative office, said, “First, authorities need to create guidelines on discriminatory grounds screening and decision-making for criminal convictions so that hate crimes can be dealt with under existing legislation. Ultimately, legislation to completely prohibit discrimination must be established. »