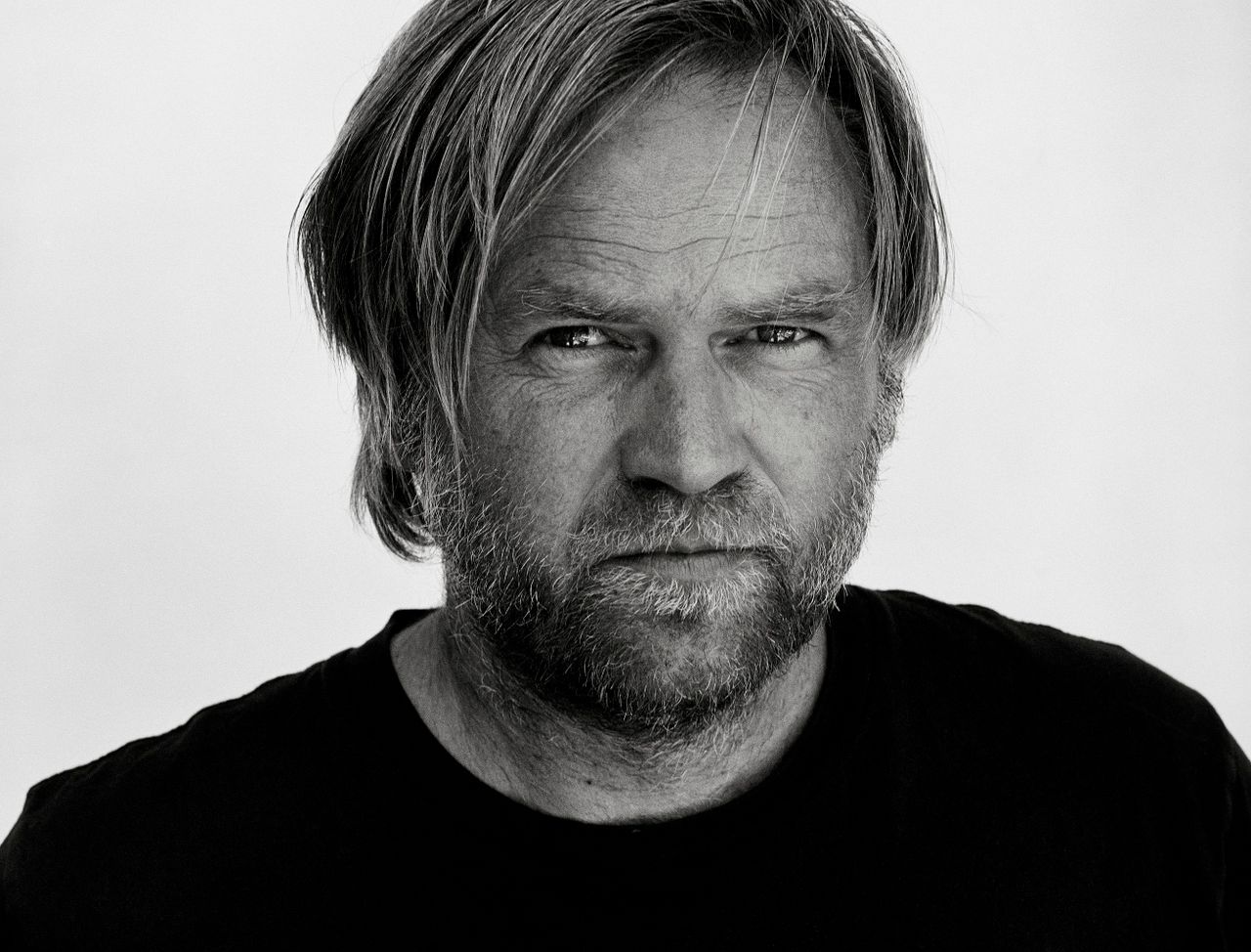 Levitas’ 115-minute film is an authoritative and sensitive dramatization of the decades-long industrial poisoning of the community of Minamata in Japan by the Chiosso Corporation and the struggle of photo-essayist W. Eugene Smith and his wife Aileen Moiko Smith from 1971 to 1973 to denounce this crime. Johnny Depp, one of the film’s producers, is convincing in the role of Smith, supported by strong performances from a mainly British and Japanese cast, with cinematography by Benoît Delhomme and music by Ryuichi Sakamoto.

While tens of thousands of people have so far watched Minamata, and reviews have been overwhelmingly positive, MGM has yet to release the film in North America.

In July, Andrew Levitas published an open letter revealing that MGM had decided to “bury the film” because it was “concerned about the possibility that the personal problems of an actor in the film [Depp] could negatively affect them. The popular actor, who has been the subject of a poisonous #MeToo allegation in media outlets in Murdoch and elsewhere, recently accused Hollywood studios of “boycotting” him.

During a September 22 press conference at the San Sebastian International Film Festival in Spain, according to The Associated Press, Depp denounced the “culture of cancellation”, which he described as “this instant rush towards a judgment based essentially on what amounts to polluted air “. The actor, who received the prestigious Donastia Award at the festival, warned that the situation was “so out of hand that I can assure you no one is immune. None of you, as long as somebody’s willing to say something.

MGM owns Minamatadistribution rights for North America, which includes the United States, Canada, Mexico, Central America and most of the Caribbean, with a population of nearly 600 million people. The studio’s censorship actions are met with social media campaigns, a petition and hundreds of letters to MGM management. Photojournalists and documentary photographers inspired by Eugene Smith (1918-1978) also denounce the actions of MGM.

The following interview was conducted with Australian photographer and filmmaker Stephen Dupont who bluntly denounces MGM’s failure to release Minamata in North America.

Dupont’s work has been featured in the New Yorker, Aperture, Newsweek, Time, GQ, Esquire, GEO, Le Figaro, Liberation, Sunday Times Magazine, Independent, Guardian, New York Times Magazine, Stern, Australian Financial Review Magazine and Vanity Show and exhibited in Paris, London, New York and other major cities. He currently has a large exhibit in Canberra, “Are We Dead Yet” on the recent bushfires in Australia and the long-term impact of climate change.

Dupont has been a war photographer for three decades, reporting from Afghanistan in the 1990s, before and during the 2001 US-led invasion. In 2005, while in the US Marines in outside Kandahar, he photographed and then posted images of burning troops. the bodies of Taliban fighters. The gruesome images of this war crime have fueled popular anger in Afghanistan and around the world against the ongoing US-led occupation.

Dupont’s striking images have won numerous international awards, too many to list here. Its most expensive prize, however, won a W. Eugene Smith Fellowship for Humanist Photography in 2007.

We started the conversation by discussing his impressions of Minamata and Smith’s influence on his work.

Stephen Dupont: I really liked Minamata, which I saw in a movie theater and which I found quite powerful and sad. It was quite personal because I won the W. Eugene Smith Fellowship in 2007, which was an incredible honor. It was an award that I had always dreamed of winning and it was for my work in Afghanistan.

It was announced at the time of my daughter’s birth and I still remember the phone call from David Friend, one of the judges. He was the creative director of Vanity Show and an important person in the world of photography. It was an incredible feeling and a great honor.

Gene Smith was someone whose work I had grown up with and, more than anyone in my late teens and early twenties, inspired me to become a photographer. I carried this connection with Smith with me as I watched Minamata.

I didn’t want to criticize the dramatization too much – it’s not a documentary – but I felt Johnny Depp captured Smith’s personality very well – his movements, his approach to photography, the darkroom work. I can imagine Smith was that kind of dark, brooding, sometimes arrogant personality, and Depp was believable and convincing.

I also learned a lot more about Minamata and what happened and didn’t realize that it kind of killed Smith in the end. I was quite shocked by some of these revelations. The film was an honest description.

Richard Phillips: Could you talk about the scenes where Smith was dealing with post-traumatic stress disorder?

SD: It was completely convincing and I can attest to that personally. I’ve had my own issues of post-traumatic stress, trauma, and struggling with things I’ve photographed and experienced, much like him. This part of the film was certainly confrontational enough to be compelling. I also thought about the Jazz Loft documentary, which captured the essence of Smith in New York. It revealed the chaos and the chaotic way he lived very well.

Smith was grappling with the trauma of what he had seen and the psychological flashback of that iconic scene of the mercury-poisoned Minamata girl in the bath …Tomokoet Motherin her bath– that everyone knows, or should know. Gene Smith has struggled a lot with all this work and a lifetime of work. He brought a lot of PTSD from WWII and in addition to the way he was treated by Life magazine. This is portrayed in the film and it won’t necessarily be picked up by many viewers, but photographers understand it. He was really angry that Life was becoming something of a tabloid lifestyle magazine and not taking his approach and the kind of work he was doing seriously enough.

Having said that, there was also the issue of his own self-destruction, with alcohol and drugs. He was obviously a complicated character, but he self-treated to the point that no matter how bad the trauma was, you start to blame everyone for your situation. He carried a lifetime of damage and he couldn’t see a way out. It was a very sad end for the most important documentary photographer to ever set foot on the planet [see: “W. Eugene Smith’s Warning to the World”].

There is no doubt in my mind about its impact and influence on generations of photographers, which endure even today. So many photographers, young and old, have been inspired by his vision and his philosophy. He was the master of photo reportage, documentary and black and white photography. There were so many great and wonderful things that Smith contributed to the world of photography.

RP: At some point Minamata, Smith — Depp — says, “The blanket [by Chiosso Corporation] is going to be as much of the story, as the story itself. There are parallels here. We have a situation where MGM decided to “bury the film” in North America because of so-called reputation issues with Johnny Depp. What’s your response to that?

SD: This is complete bullshit and should not be used to prevent the movie from being released in the United States. Regardless of what Depp might have done in his personal life – and there are only allegations about what happened in a marriage breakdown – he’s just an actor. The big picture here is the movie, its story, and the victims of mercury poisoning. MGM should not cross this limit. Don’t shoot the messenger, that’s what I would say.

MGM’s response reflects the world we live in right now, which in my opinion uses things like #MeToo and blows all kinds of claims out of proportion. Any kind of negativity in people’s lives is seized.

MGM isn’t just punishing Depp but everyone else, the other actors, the director, the cinematographer, the writers, everyone involved.

Even if the allegations were true, I would not change my opinion. With Depp we are talking about a marriage breakdown, something that a lot of people go through all over the world, the only difference is that they are not celebrities. It’s a sad state of censorship in a far too critical world where, God forbid, if you say or do something wrong, or make a mistake, and get crucified all over the place. Let’s put these things in perspective.

RP: The film makes it clear that Minamata was not a one-off event and ends with an unspoken challenge for the audience. It’s not a happy ending.

SD: Big companies have always escaped with this stuff and will continue to do so unless they’re shut down. That this film underlines it once again is important. It resonates with the audience and forces them to say, “We can’t let this happen again, we have to stand up and protest and make our voices heard” – which is good.

We must prevent big business from getting away with the industrial destruction and murder of communities, which is happening all over the world – in the Amazon, in Papua New Guinea, with gold mining and poisoning of rivers. It is shameful and criminal. Again, it is the power of this 1% that seems to rule the world and are generally not held responsible for the atrocities they commit.

Everyone, not just photographers, should see Minamata because it deals with big problems even bigger than photography. It is a film that highlights the mercury poisoning of an entire community, which lasted for many, many years and whose effects are still present today. Everyone must recognize and never forget this and similar tragedies and fight to prevent them from happening again.