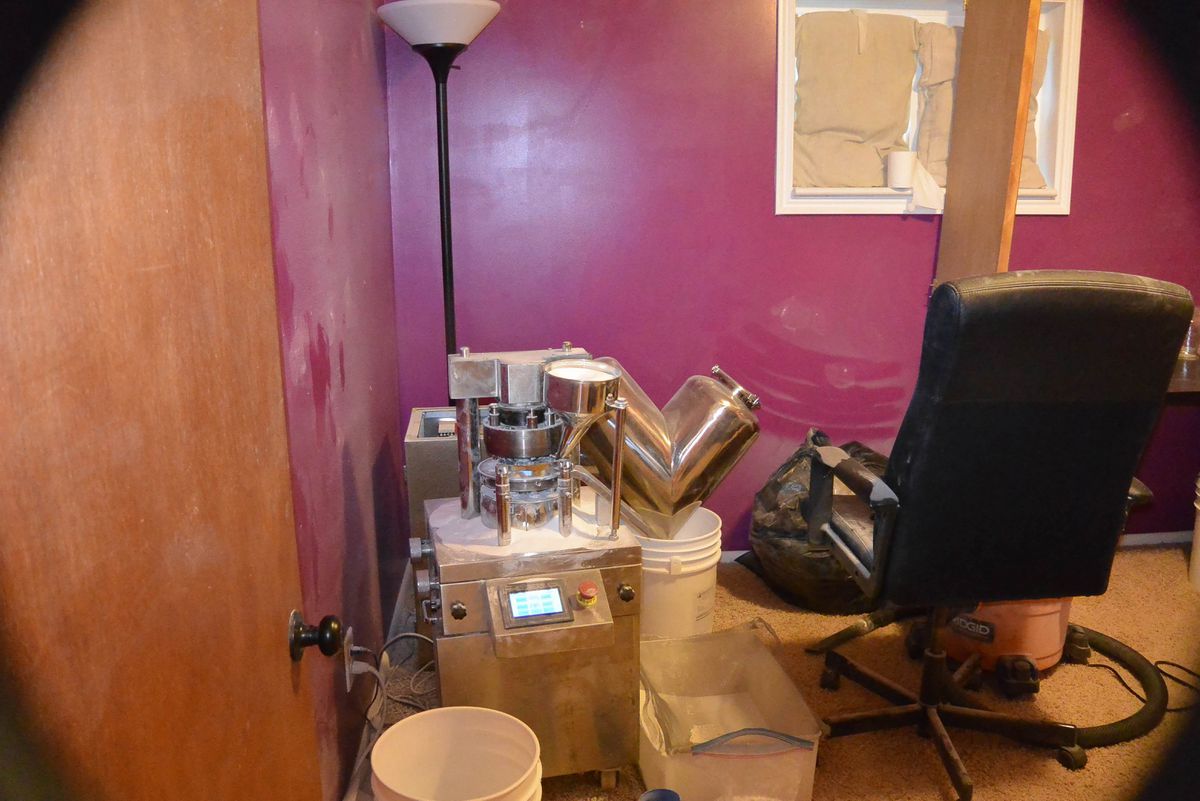 The Mexican drug cartels have strengthened their presence in the United States and Europe, and consolidated their activities in Asia and Oceania thanks to the rise of methamphetamines. This is according to the United Nations Office on Drugs and Crime (UNODC), which presented the report Synthetic drugs and new psychoactive substances in Latin America and the Caribbean last week in Vienna. The document warns that there has been an increase in the trafficking of methamphetamine, a drug primarily manufactured in the Mexican states of Baja California, Sinaloa, Jalisco and MichoacÃ¡n. Mexican drug traffickers, now led by the Jalisco New Generation Cartel (CJNG), have expanded their international distribution channels. Cocaine and cannabis continue to dominate the illegal market, but methamphetamine and the advent of fentanyl, a synthetic opioid, “have dramatically changed the designer drug landscape” and the challenges it poses, according to the report.

One of those challenges is the increase in online drug sales, a trend linked to travel restrictions introduced due to the coronavirus pandemic. “Traffickers may turn even more to online drug trafficking business models to expand their activities and networks, and this particular trafficking model may become a more important part of the regional illicit drug market after the pandemic,” warns the document.

Although the number of illegal labs dismantled in Mexico has declined, UNODC says that does not necessarily mean that methamphetamine production has also declined. Indeed, according to the United States Drug Enforcement Administration (DEA), â€œthe production capacity of individual laboratories in Mexico has recently increased, so that fewer large-scale manufacturing facilities are required to produce. large amounts of methamphetamine, â€according to the report. Explain.

At the US-Mexico border, drug traffickers use different techniques to avoid detection, such as dissolving methamphetamine in solvents to “traffic it in liquid form,” the document said. Once the border is crossed, the drug is usually sent to “a conversion laboratory in the country of destination, where the solution is converted back to crystalline methamphetamine”.

Mexican drug cartels also continue to increase their activities outside the region. According to the report, Mexican drug traffickers have increased their distribution in Europe. In March 2020, as the coronavirus pandemic hit Europe, Spanish authorities seized a shipment of more than 270 kilograms of methamphetamine from Mexico. This is the largest methamphetamine operation to date in Spain. Shortly after this operation, Slovakia seized a shipment of 1.5 tonnes of methamphetamines.

The UNODC report states that “in these two cases, it remains unclear whether Europe was intended to be the final destination of the seized methamphetamine or whether these consignments were intended for further trafficking”. Several Mexican nationals have also been arrested for their involvement in the manufacture of methamphetamine in Europe, including four in the Netherlands in 2019. The drug is also trafficked to several countries in Asia and Oceania. While some of these shipments are sent from the United States, the UNODC document states that their size â€œsuggests that criminal groups with access to large amounts of methamphetamine are involved,â€ in other words, Mexican cartels. drug.

Japan, Australia and New Zealand are among the worst affected countries in the Oceania region. According to the UNODC, there have been a number of cases of methamphetamine trafficking “by plane, ship and mail”. The report links the latter mode of trafficking to the coronavirus crisis, as movement restrictions have made street-level transactions more difficult. â€œOnline drug trafficking and distribution via postal or courier services in the region has probably increased in popularity during the pandemic,â€ he said. The report also warns that “although governments in the region are increasingly aware of synthetic drugs, many still lack the functional capacity to systematically control their mail flow for such substances.”

The document does not deal with violence, which is the main consequence of drug trafficking. In recent years, the Mexican government has attempted to change its approach to tackling organized crime, which has claimed the lives of tens of thousands of civilians. Mexican President AndrÃ©s Manuel LÃ³pez Obrador supports a policy of â€œhugs, not ballsâ€. This program, questioned, aims to help reduce poverty and promote development in areas affected by drug trafficking.

The Mexican government has also signed a new security deal with Joe Biden’s US administration, which aims to find solutions to the structural causes of the problem, although there are few details on the pact. The plan, dubbed the United States-Mexico Bicentennial Framework for Safety, Public Health, and Safe Communities, intends to focus on drug use, and its primary objective is to support economic development in areas used for the manufacture of medicines and areas along the border. The previous plan, called the Merida Initiative, was formed under the administration of former US President George Bush, and has since come to an end. As part of this policy, the United States has spent approximately $ 3 billion (2.58 billion euros) since 2007 to help Mexico fight organized crime. It is currently unclear what the budget for the new strategy will be, a detail that will need to be confirmed by the end of the year.