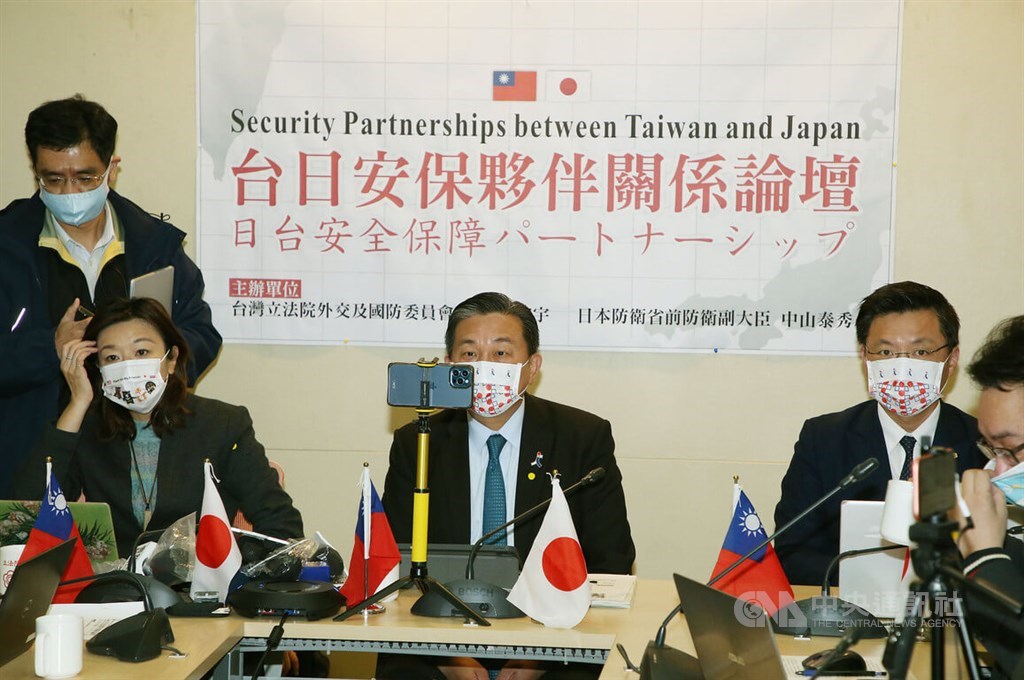 Taipei, Jan 18 (CNA) Japan should consider drafting its own version of the US Taiwan Relations Law, Democratic Progressive Party (DPP) lawmaker Chao Tien-lin (趙天麟) suggested at a meeting on Tuesday. with Japanese politicians, saying it would further strengthen bilateral relations.

Chao urged Japanese lawmakers to follow the US lead and introduce a Taiwan Relations Act, which Washington did after it severed official diplomatic ties with the Republic of China (Taiwan) in 1979.

Such a move would be an “important step” in promoting Taiwan-Japan relations, he said.

The US Taiwan Relations Act, enacted in 1979, served as the basis for US policy toward Taiwan in the absence of diplomatic relations between the two countries. It outlines the United States’ commitment to helping Taiwan maintain sufficient self-defense capability.

According to Chao, a Japanese version of the law on relations with Taiwan could include provisions aimed at strengthening bilateral collaboration, pushing official contacts to a higher level and improving the treatment of diplomats from the two countries.

Chao said it was time for Japan to consider such legislation, saying there were more pro-Taiwan lawmakers in the Japanese Diet than ever before.

Taiwan should also come up with corresponding legislation, the Japan Relations Law, with the aim of normalizing exchanges between the two countries and allowing the two sides to develop relations more equally and reciprocally, Chao said during the meeting. first-ever security partnership between Taiwan and Japan.

The virtual meeting was held for the first time in what DPP lawmaker Wang Ting-yu (王定宇) described as a new chapter for parliamentary exchanges between Taiwan and Japan on security issues.

However, no Taiwanese opposition figures attended the meeting on Tuesday, and only one of the two Japanese politicians who took part in the talks is currently a lawmaker.

Nakayama noted that the time had come for Japan to consider introducing a law on relations with Taiwan, without saying whether the LDP would support such legislation.

China has exerted military and economic pressure on many countries while trying to change the status quo across the Taiwan Strait, Nakayama said, adding that Japan should not sit idly by under such circumstances.

In response, Nakayama said it would be difficult for Japanese authorities to collaborate with Taiwan on security issues, such as holding joint exercises, because Japan is bound by its agreement with China, which stipulates that the Japan and Taiwan should maintain unofficial relations and engage only in economic and cultural matters.

He was referring to the Treaty of Peace and Friendship between Japan and China signed by Tokyo and Beijing in 1978.

Nakayama nevertheless agreed that the two sides could work to combat misinformation through information sharing and other means.