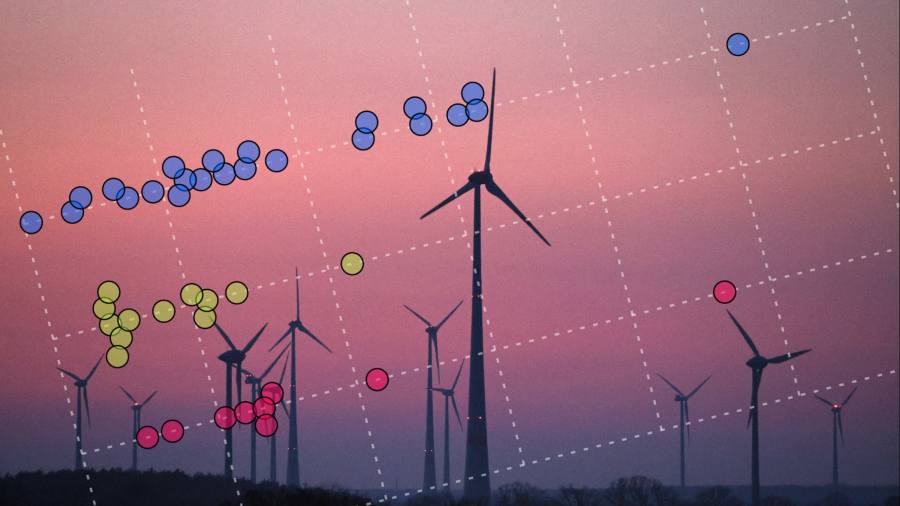 Renewables generated more electricity globally than coal in 2021 as wind and solar combined to account for more than 10% of global generation for the first time, according to the latest analysis by a energy think tank.

The increase from 2020 was only 1%, according to Ember’s study. But if the 10-year average compound growth rate of 20% can be sustained through 2030, that would put the world on track to limit global warming to 1.5°C above pre-industrial levels. Temperatures have already risen by at least 1.1°C.

Renewable energy generation has accelerated as costs have come down, with the proportion of electricity generated by solar and wind doubling last year from when the Accord was signed of Paris on climate change in 2016.

In 50 countries, including China and Japan for the first time, wind and solar have propelled the rise of renewables, up from 43 countries in 2020. Europe led the way, while the Middle East and Africa have made the least progress as a region.

According to Ember’s analysis, clean electricity sources, including solar, wind, hydro, nuclear and bioenergy, generated a total of 38% of global electricity last year, up from 36% for coal-fired electricity.

Solar and wind were the fastest growing clean energy sources, with increases of 23% and 14% respectively.

However, the post-pandemic economic rebound has also boosted fossil fuel use and pushed power sector emissions to a record high in 2021, Ember said.

Global electricity demand grew by 1,414 terawatt hours in 2021, equivalent to adding India’s economy, Ember estimated. Much of the increased energy needs came from China and was met by coal production.

While growth in wind and solar generation accelerated last year, growth in other clean energy sources stagnated. Hydroelectricity fell 2%, while nuclear rose 4% and bioenergy 6%, Ember said. The think tank noted that there are “big questions” about the impact of bioenergy emissions and that “depending on supply, bioenergy can be very carbon rich”.

Separately, a report by the International Renewable Energy Agency estimated that $5.7 billion in annual investment is needed each year through 2030 for solar, wind and other forms of energy. to ensure that global warming does not exceed “dangerous thresholds”.

The agency also highlighted the need to improve energy efficiency, increase electrification, capture carbon emissions and expand the use of hydrogen, among the broader measures needed to limit the rising temperatures.

Curious about the FT’s commitments to environmental sustainability? To learn more about our scientific objectives, click here.